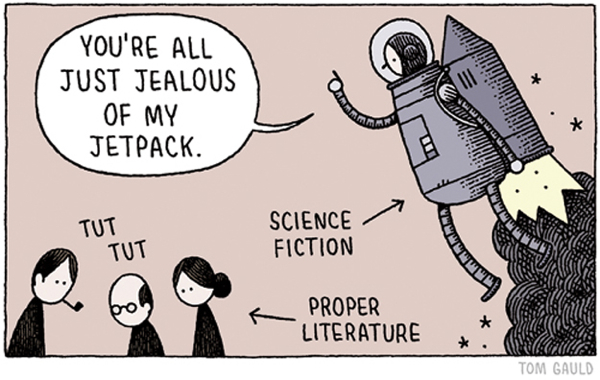 You’re All Just Jealous of My Jetpack – Tom Gauld

A while back I posted one of Tom Gauld’s cartoons on this blog and wrote a brief piece for my newsletter. His work is so clever, and pushes so many of the right buttons for an Eng-Lit professor turned science fiction writer that I couldn’t help but share some more of his work, taken from his book You’re All Just Jealous of My Jetpack (2013). Normally I hesitate before buying a book of cartoons, after going through them once there’s rarely enough to pull me back, but Gauld’s collection is a happy exception. 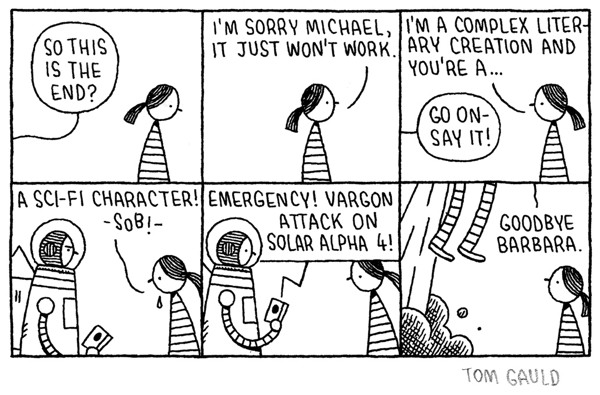 Analysing jokes inevitably kills them dead, and besides these cartoons often poke fun at overwrought intellectual interpretations. Talking too much about Gauld’s work risks putting legs on a snake (as Kurosawa once described the process of looking for hidden meanings in his own movies). His ideas are reminiscent of Edward Gorey and the lesser known B. Kliban, both US illustrators known for their surreal humour and, in Gorey’s case, gently nostalgic nods at Victorian and Edwardian narratives transformed into total absurdity. Gauld’s ideas, like those of the Monty Python team and the stand-up comedian Eddie Izzard, are filled with the same bizarre non-sequiturs.

One recurring theme is pushing together the (supposed) high-brow and popular culture, as in Samuel Beckett’s Adventures of TinTin, or Dickens’ Great Expectations re-imagined as an old Spectrum-style computer game. Science Fiction plays a big part in Gauld’s world, as do the trials of trying to be a novelist. 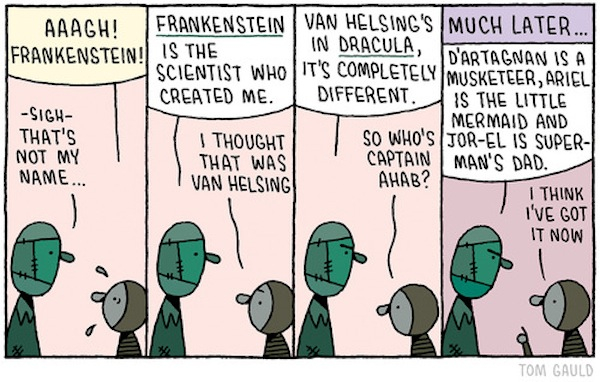 As a Science Fiction fan navigating his way through the often unbelievably pretentious world of Literary Academia (especially in the early ’80s) I feel like having half a dozen of these tattooed to my chest in reverse so I can laugh at them in the bathroom mirror when I get up. I vividly remember one ultra-cool Guardian reading professor who sneered relentlessly at SF ‘discovering’ Joanna Russ when the Women’s Press published The Female Man, (of course he still refused to accept it was SF at all). I can really, really relate to You’re All Just Jealous of My Jetpack. A must for any writer/critic/SF fan. 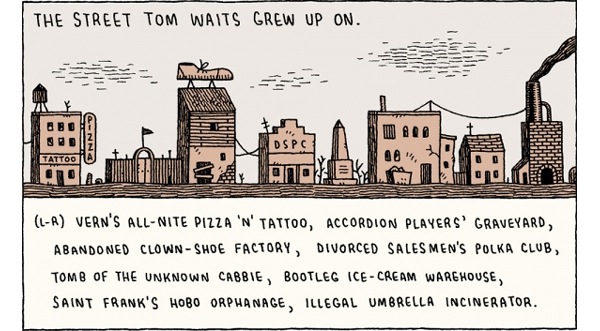