Worlds of If – part two

Below are the first and last covers, from March 1952 and December 1974 respectively. The first cover bears no relation to anything. Take the spaceship out and you have a man threatening Lea the Leopard-woman and her pet straight out of a 1950s B movie poster. The last cover is pretty trippy, with Stonehenge and a customised pod from 2001: A Space Odyssey. It has the distinct feeling of this is the last issue so bugger it, let’s throw everything in. 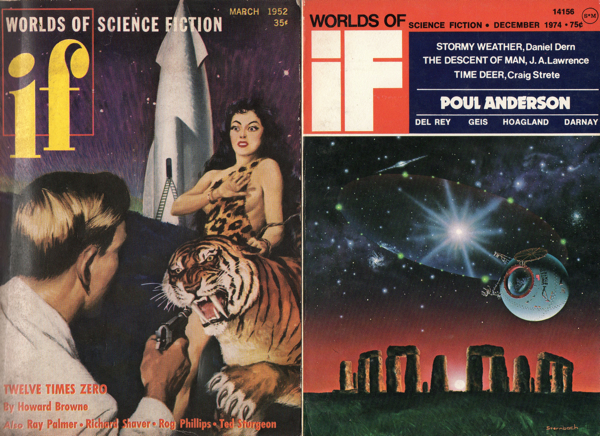 After a directionless start cover art briefly became sensible, scientific and prophetic. Here is a picture of the first moon landing as foreseen in the October 1955 issue. At this point lunar landers were still sleek and groovy instead of looking like a flying bedstead with an enormous metal testicle on top. 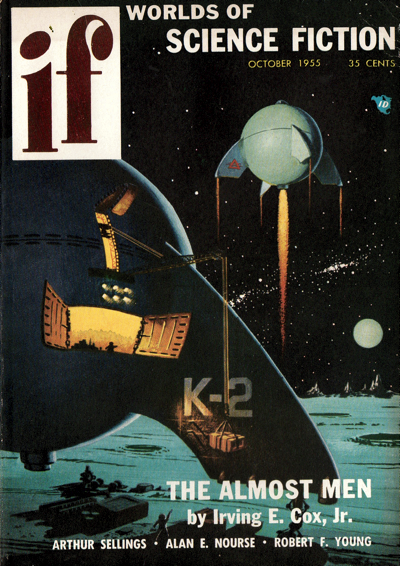 However,  just in case we were in danger of getting too po-faced, here’s a wonderful Kelly Freas cover from a couple of months later showing a strangely-bosomed woman gladiator being fitted out with combat jewellery. 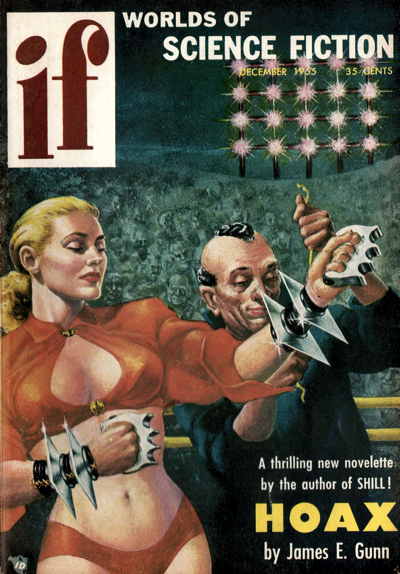 By the 1960s Worlds of If had pretty much established itself as a publication for quirky and imaginative stories. The artwork tended more towards cinematic action shots executed in a loose, fluid style using acrylics, rather than oils. On the cover of September 1966 issue an alarmed man in a red gimp suit is about to get his eyes poked out by two miniature spaceships. 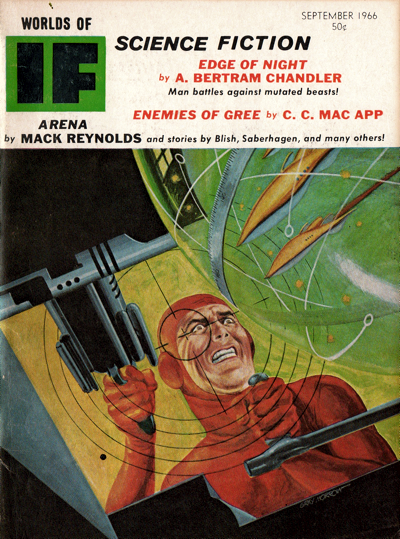 In the 1970s the covers became a lot bolder, often combining realistic images with semi-abstract designs or striking palettes. They were definitely superior to the covers of Galaxy, which still suffered from the editors’ insistence on embedding every image in a frame. The cover below is one of my favourites, by the Hugo-winning SF artist Jack Gaughan. 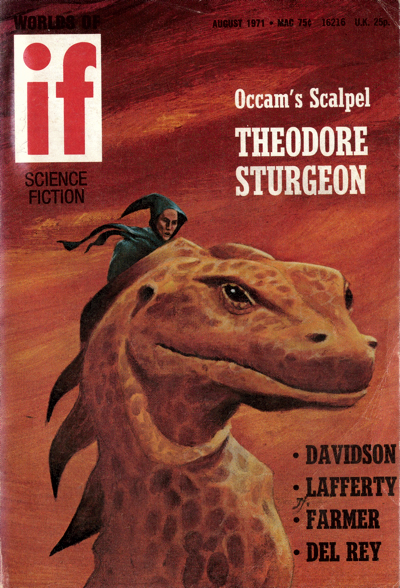 2 responses to “Worlds of If – part two”