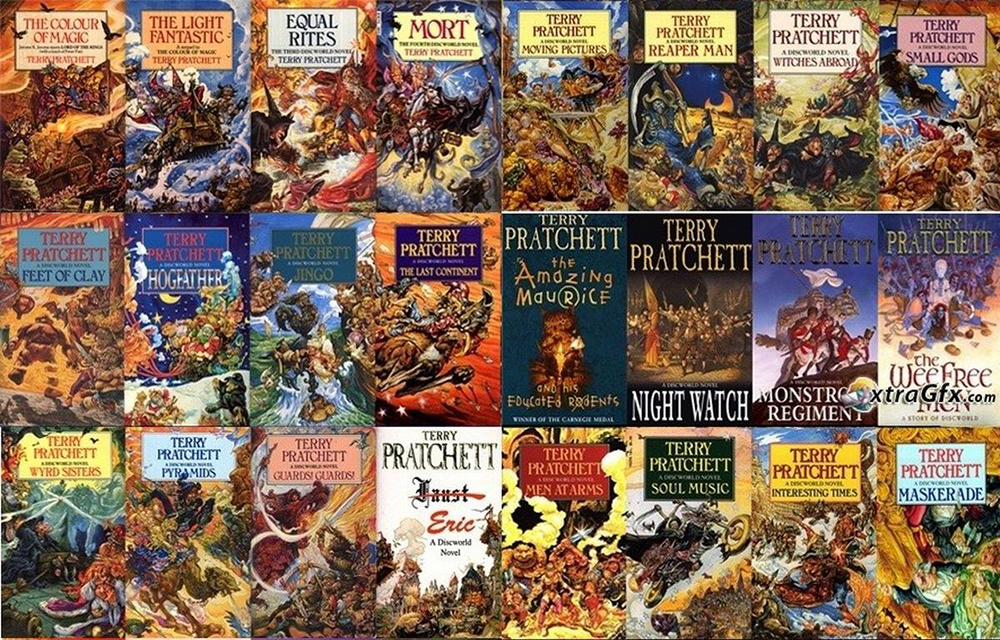 Why Terry Pratchett is not Great Literature

Jonathan Jones wrote an article in The Guardian in which he stated that he had never read Terry Pratchett and had no intention of doing so because the discworld novels lacked literary merit, unlike Jane Austen’s books. It had all the hallmarks of a throwaway space filler deliberately designed to whip up controversy and the internet promptly obliged. Yet in many ways Jones’ opinion is strangely out of date, harking back to a time when the divide between Great Literature and Popular Genre Rubbish was more pronounced and science fiction writers and readers almost rejoiced in the endless contempt directed at them by the Establishment. In this post-modern world the Establishment itself is shot through with science fiction and fantasy tropes, mainly because the geeks and fans of the 70s grew up, went to work in Media and Publishing, and became the trend-setters instead of the reviled fringe. 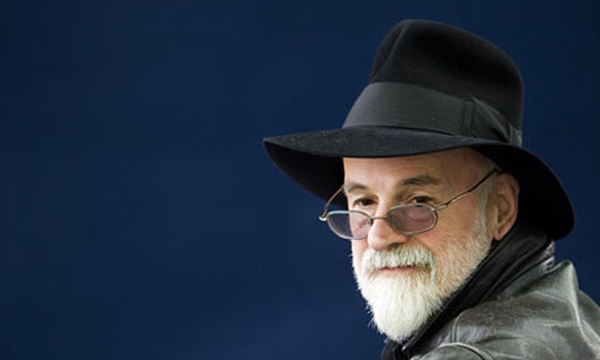 But Jones’ article also raises the question What is Great Literature, and how do we identify it? In many ways the glibbest answer is also the correct one – just go and have a look at the Penguin Classics corner in Waterstones and there you are. Yet Jones is clearly working to some criteria, though he’s pretty vague on what it is, other than saying that “Great books become part of your experience. They enrich the very fabric of reality.” No doubt a lot of self-appointed literati will nod in agreement – and there lies the rub. This vacuous touchy-feely affirmation of one’s own sensitivity as a cultured reader underscores the whole way in which the edifice of Great Literature has been built up, largely through the teaching of English Literature in pre 1970s England.

English Literature started as a subject at the beginning of the 20th century, mainly in reaction to the horror of World War One. Both religion and science had clearly failed to prevent the descent into barbarism and so many writers and critics turned to English Literature as a possible civilising force for future good. By studying the classics we could become sensitive moral beings less inclined to mow each other down with Gatling Guns. Apart from the inconvenient blip from 1939-1945 this project concluded with the publication of The Great Tradition, by the critic F. R. Leavis – a book listing the essential canon of Great Novels from Defoe onwards. When I studied the novel as part of my BA in Eng. Lit. this was the reading list and every book was approached on more or less the same lines i.e. –

“Great writers transcend history and show us the essential truths of the human condition. Let’s now read [insert author here] and find out how his/her ‘art’ presents these truths (and thereby confirm our own critical skill and sensitivity).”

This is the basis of Jones’ approach to Austen, and just about every other critic who subscribes to the Great Literature myth. But it doesn’t take much scratching at the surface to reveal a whole bunch of issues with this approach:

1) Every book is treated like a puzzle. The author has hidden a secret message (the ‘truth’) and it’s down to the clever critic to hunt through all the words to find it out. Books simply become glorified crossword clues.

3) The Great Tradition is staggeringly narrow. Not only is it limited to a set of socially conservative writers focussing on personal and often very trivial themes (‘Emma’s let herself down by saying something a bit off to Miss Bates at the picnic’) but there’s an almost neurotic obsession with the need for ordered and precise structure and content. In Leavis’s case this led to some very odd and pernickety choices. Wuthering Heights was out because it wasn’t happy enough, compared to Jane Eyre. Charles Dickens’ frankly dull Hard Times was preferred to the brilliant rambling chaos of his other, far more interesting novels. Thousands of writers and books were utterly ignored. Gazillions of titles were published between 1700 and 1900 (the period of the rise of the novel) and yet Great Literature consists of a dozen or so writers and a handful of long-winded books about marriage and farming.

Thankfully the Great Tradition and the kind of self-congratulatory closed-loop analysis it encouraged didn’t survive the influx of Marxist and Feminist theory that entered universities in the 1970s. Whatever the faults of new critical theory (and it was often just as guilty of throwing up the most bizarre ideas) you could no longer get away with treating a tiny bunch of books as the revered repository of some transcendental truth that only the clever critic could identify. Fatuous belle-lettrism whereby the critic shows off his fine sensibilities by cooing over what he or she identifies as Great Literature, is now largely the province of reactionary journalism and deliberate snobbery. Jonathan Jones belongs to another age and really doesn’t warrant the attention he’s got.