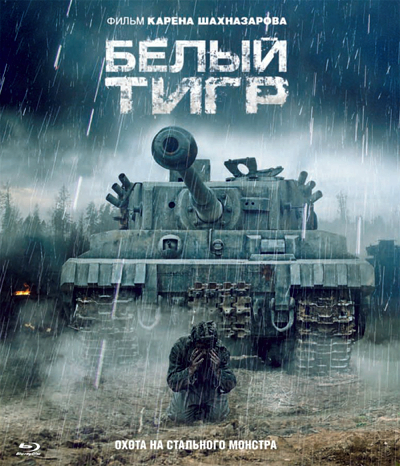 Spoiler Alert – if you haven’t seen the film and plan on doing so, watch it first then read this.

This is a very odd Russian symbolist fantasy set during the Second World War, and based very loosely on Moby Dick. After a battle on the Eastern Front a tank driver is found with 90% burns over his body, but miraculously he heals completely. He tells of a white German Tiger tank that appears out of nowhere, is seemingly invincible, and disappears just as mysteriously. Other people have heard of the myth, including captured German officers who are clearly just as fearful of the strange war machine, though they claim it is the ‘triumph of German genius’. The Russians build their own super tank and assemble a crew, including the driver who’s been given the name Naidyonov (‘found’). He now claims that tanks talk to him, warning of the approach of the ghostly enemy. It’s also clear that there now exists a weird symbiotic relationship between the two, which allows him to sense when it is lurking out in the dark forests of the Eastern Front. The new prototype trundles off in pursuit of its quarry, ready for the final showdown, at which point the needle on the Existential Enigmaticometer goes off the scale. 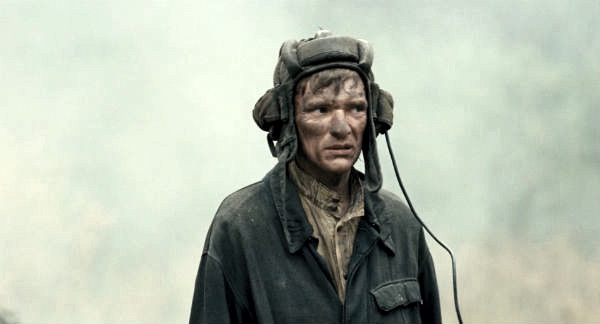 Tank driver Naidyonov watching out for his nemesis

On the surface White Tiger seems to be a straight forward fantasy/horror war film. There’ve been a few in the past, usually on the lines of Nazi Occult experiments Awaken Age-old Evil, The Keep (1984) and the more recent Outpost (2008) being two examples. As a genre it hasn’t really gained much traction. After Saving Private Ryan (1998) news-reel style realism of the real brutalities of war make the addition of fantasy or horror a bit of trite, pointless exercise. It’s clear from the mixed reception White Tiger has received that most people find it confusing. It looks like a standard war film – an accurate portrayal of tank warfare from the Russian side filmed in washed out muddy tones and pulling no punches in its depiction of the merciless slog of combat – but it’s clearly not. Neither is it a horror film – ghostly Nazi tank powered by ancient evil hunted down by Soviet hero blessed with Wolverine powers of regeneration. Halfway in and you realise you’re watching a far subtler symbolist study of obsession and the powerlessness of the individual in the face of the remorseless march of brutal history. 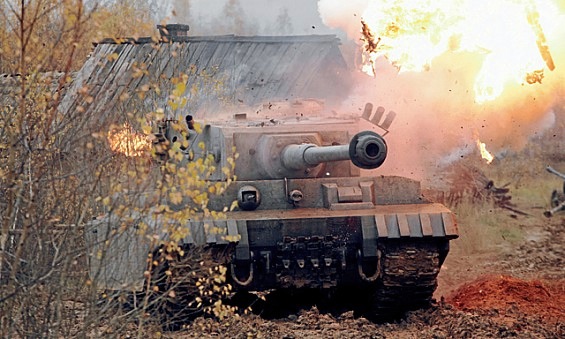 The White Tiger itself

The film it’s closest to in my mind is Tarkovsky’s utterly brilliant (and infinitely better than the George Clooney version) Solaris (1972), in which a group of scientists orbit a vast sentient planet-sized ocean. It’s clearly trying to communicate, but is fundamentally incomprehensible. There’s a Russian phrase, ‘kitchen intellectuals’, which refers to the feeling of powerlessness felt by the intelligentsia during the Soviet era. They understand the world around them, and they want to engage with it and play a meaningful role, but in the society of the time they are useless.  So they gather in the kitchen at parties and talk about life, the universe and everything. In Solaris the scientists are kitchen intellectuals hovering above this massive, powerful force they have no control over. In White Tiger, the ghostly German tank is a similar unstoppable power. Even after the Germans have surrendered Naidyonov still stands at the edge of the forest waiting for the White Tiger, “He’s waiting, he is, he’ll wait twenty years, fifty, maybe a hundred.” All the characters in the film, Soviet, German, soldiers and generals hover around the edges of this incomprehensible mystery – looking generally confused. The film ends with a bizarre scene in which Hitler himself gives a grotesquely self-serving speech of justification before a man sitting in shadow (the devil perhaps?), finishing by claiming that war is the natural human state (‘weren’t me, Officer, it was the Human Condition what done it’). It’s the vision of history with which Tolstoy ended War and Peace – things happen, populations rise and fall, wars come and go, and no-one has a clue why, or how to change it.

So, if you like thoughtful cinema and prefer to watch Russian films wearing a black turtle-neck with your chin on your fist then I hugely recommend White Tiger – it’ll certainly give you plenty to talk about in the kitchen at parties. If you just want a knockabout war film, or a bit of Occult Nazi Horror then I’d look elsewhere.