I love computer animation and ever since I had a BBC B 32K computer in the early 1980s I’ve been trying to teach myself how to make my own short films. What surprised me is that computer animation doesn’t seem to be any quicker than traditional hand-drawn methods. You would think it should be. Whereas traditional Disney animators had to draw every frame of Mickey Mouse standing up, all a computer animator has to do is set the first pose and the last and let the machine do the bits in-between. If only it were that easy. For example if you’re animating a spaceship taking off you have to design and build the model, texture it, set the scene with cameras and lights, do the particles for the jets, set the keyframes and so on and so on… To give you an idea – this is what a traditional animator starts with:

And this is what I see when I fire up my copy of Houdini, one of the top-level studio animation programs. See what I mean? 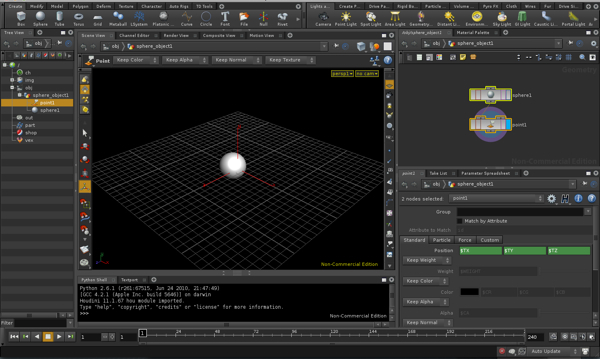 So after several years of learning I’ve managed to animate a robot doing a fairly wobbly walk and produce a bunch of models I’m quite proud of. Terry Gilliam once said that animating was like having sex with an elephant. You had to be mad to try it and would get crushed in the process. I can see what he means, but I don’t give up easily, so on with the tutorials.

Anyway, having said that I’m not a huge fan of the big 3d animation blockbusters, though I loved Wall-E and The Incredibles. I prefer the short 3D films from independent studios, especially in Eastern Europe. Without the commercial pressure from a big studio, and often just the product of one person labouring away on a particular idea, they can be bizarre, witty and often disturbing. Here’s a little selection of my favourites so you can see what people can achieve in just a few minutes of film:

Fallen Art by Tomek Baginksi. Probably my favourite. A very clever little film. Typically Eastern European with its absurdist view on authority and the military in particular. Baginski also did The Cathedral, which is a more straight-forward fantasy/sf short but still beautiful to watch. 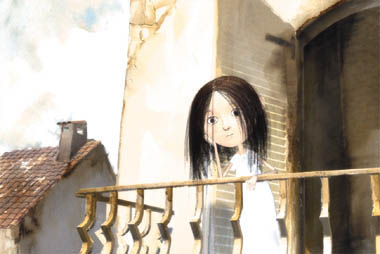 L’Enfant de la Haute Mer. Haunting and mysterious. A little girl lives alone in a flooded town and dreams of her father who is lost at sea. The textures were deliberately made to look like watercolours and the feel of the piece is light years away from the bright plastic artificial colour schemes of a lot of the big studio movies. 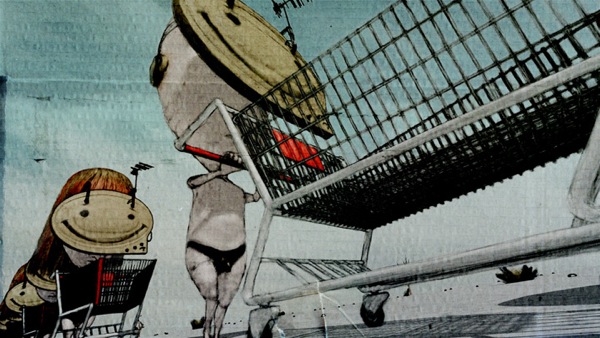 She who measures. This one won a load of awards. Don’t ask. Utterly bizarre. I can see what the animators were getting at (they’re from Croatia). Basically modern life is an endless round of petty consumption force-fed to us by insane leaders in an incomprehensible universe. But I’m not sure why everyone is wearing a rubber willy or what happens to the little rebellious guy at the end. Nevertheless you have to admire the sheer barminess of it all. 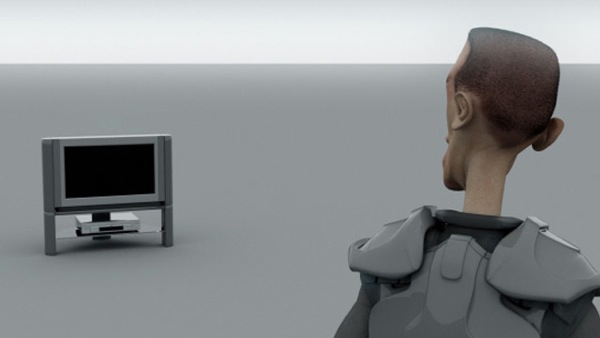 Fifty-percent grey. A bit more conventional this one, at least as far as 3D animation shorts go. I like the way the soldier is modelled and the idea is very simple. 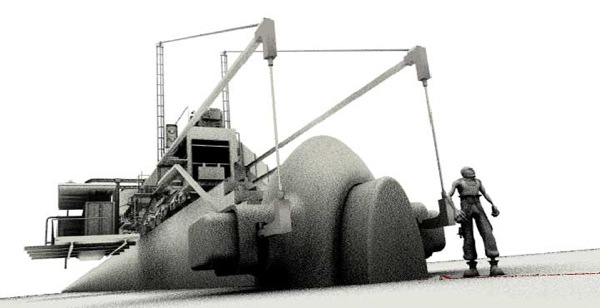 grain.S This one has a lovely grainy black and white visual feel to it. Again it’s a simple, funny story with great characterisation. The link takes you to the website where you can download the movie itself.

If you are interested in getting into computer animation then the best guide book is Inspired 3d Short Film Production by Jeremy Cantor and Pepe Valencia. It covers every aspect of movie production and will give you a sense of the amount of work involved, but also the limitless possibilities that 3D films afford someone who’s got the time and dedication. 3D animation software can be expensive, but the open source program Blender is free and has everything anyone could possibly need. I’m learning Houdini, which is a program used by the major studios for most of their 3D effects work. A full licence is $9,995 but they have a starving artist version for $99, and it’s identical to the studio one!

Update: Shortly after I posted this to the blog it got a comment from someone purporting to sell a low price fully-fledged 3d piece of software called Illusion Mage. This is a scam. The software this guy is ‘selling’ at a very low price is the open source program Blender, which is available completely free from here, and which has simply been renamed by someone seeking to make a quick buck from unsuspecting beginners.