Under the Moons of Mars

I’ve just got back from a trip to Moscow and was planning to write a few posts on some of the things I found there; especially the wonderful Symbolist Art of Nicholas Roerich. Then Curiosity sent back one of the most amazing space photos I’ve seen. It’s not much to look at, but for anyone who has an abiding interest in Mars, both the real and the fictional versions, this really is incredible. Have a look at the top right corner of the image below. See that white crescent? That is the moon Phobos photographed from the surface of Mars by NASA’s Curiosity Rover. It is an image taken from the surface of another world, looking up into the sky at one of two moons. If both were in the sky that would be even more mind-blowing, but this is amazing enough, I think. 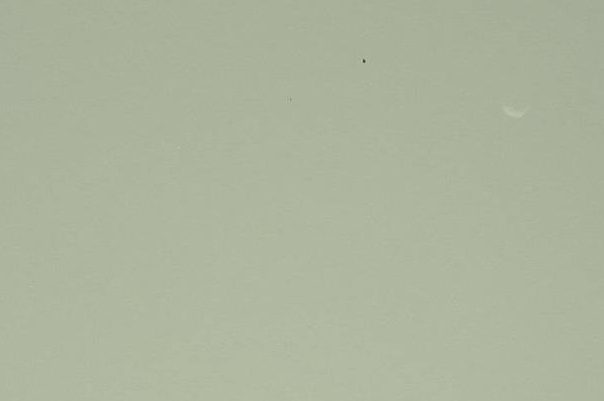 A few weeks ago Curiosity also took a photograph of a partial eclipse on Mars, again with the moon Phobos. Here is the image below: 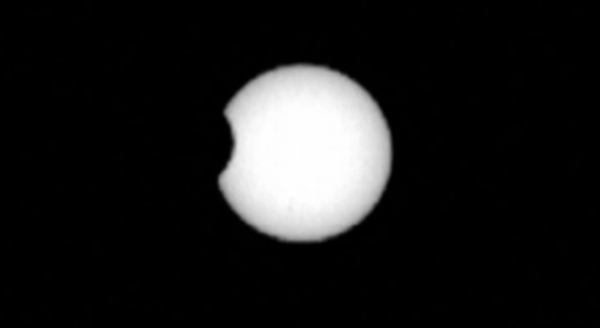 As Phobos is only a big rock it doesn’t take much of a bite out of the sun. You can learn more about the above picture in this Guardian report.

The original title for Edgar Rice Burrough’s first Martian novel, A Princess of Mars, was Under the Moons of Mars, published in the magazine All Story in 1911 under the pen-name ‘Normal Bean’. Phobos appeared in the eighth book in the series, Swords of Mars, where it’s called Thuria by the inhabitants of Mars. It’s about 15,700 Haads from Mars to Phobos, and it takes round about five Zodes to get there, just in case you were wondering. Here’s Bruce Pennington’s cover for the New English Library edition of 1972 showing one of the inhabitants of Phobos. 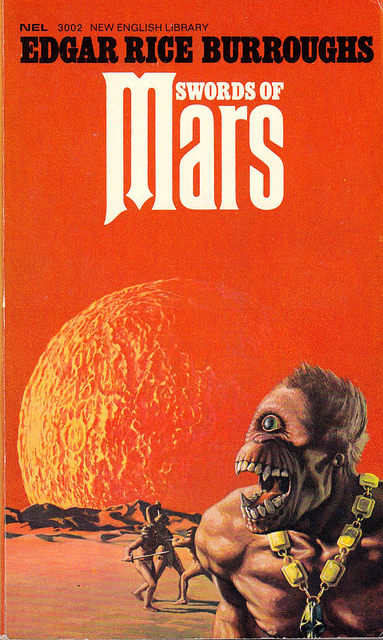 The reality, though uninhabited, is just as dramatic. This is a NASA photograph of Phobos taken from close up: 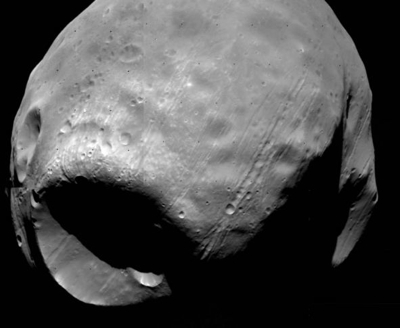 Of course the first picture above would be much enhanced by the silhouette of Tars Tarkas on a Thoat looking up at it. As that’s not going to happen, to finish with here’s one of Frank Frazetta’s paintings of John Carter and Dejah Thoris on Mars with both moons, Phobos and Deimos, in the background.

Update: My mistake, that’s a painting of Princess Thuvia of Mars and Carthoris of Helium, John Carter’s son, as any fule kno.