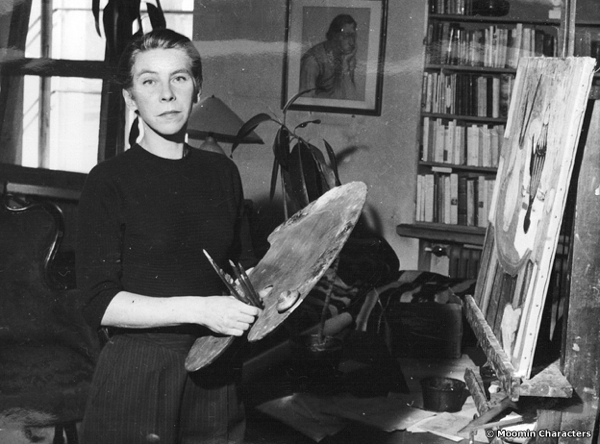 Tove Jansson – the Truth about the Moomins 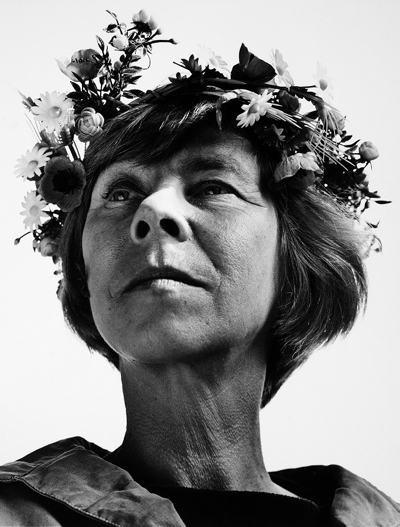 A while back I wrote a post about Tove Jansson’s last Moomin book, Moominvalley in November (1971), pointing out that behind the innocent guise of a charming children’s tale lurked a masterpiece of Nordic existentialism. I had no idea. I’ve just finished Boel Westin’s biography of the author Tove Jansson: Life, Art and Words, translated into English for the first time this year, and now all my Moomin books are under a bucket at the bottom of the garden with several large bricks on top.

If Westin’s book is anything to go by (and it’s hard to fault any of her meticulously researched arguments) the entire chronicle of those fluffy-tailed, big-nosed cuddly toys is a masterpiece study of the relationship between the artist, family, existence, the universe and consciousness to rival anything by Sartre, Kafka or Camus.

In many ways Tove Jansson’s life is a text-book essay in How to Be a Bohemian Artist. Her father was a sculptor, her mother a graphic designer, and they come across as wackily creative and avant-garde as you would expect, along with their immediate circle of relatives and friends. Tellingly holidays often consisted of sitting in tents on islands in the middle of thunderstorms, an image of the eccentric family simultaneously defying and flourishing from disasters and tempests which she would return to time and again in her books. She took Art at several colleges. By her own admission her studies followed the all-too familiar pattern of Dull Classes – Rebellion against Traditional Teachers – Creating a Bohemian Colony of Free Art with Fellow Students – Rinse and Repeat. For most of her career in her own mind she was always, first and foremost, a painter, not a writer of children’s fairy stories. What is interesting is that instead of hating the Moomins for the colossal distraction they became (at one point she was receiving hundreds of fan letters a day, and replying to most if not all), she used them to work through her own psychological responses to the world around her, which is why the series of books (and comic strips) grow so decidedly odd as the saga progresses.

It’s very tempting to assume that the Moomin family is just a fantasy version of her own family and friends. Moomintroll himself first appeared alongside her signature in the Swedish satirical magazine Garm, for which she drew many cartoons (including a controversial cover showing the European powers trying to appease a cry-baby Hitler). Yet with a couple of exceptions there isn’t really a one-to-one correspondence between the inhabitants of Moominvalley and the people who influenced her. Her first partner the larger-than-life leftwing intellectual Artos Wirtanen, who she almost married, appears as both Snufkin and the doleful philosopher Muskrat in Finn Family Moomintroll. Having eventually acknowledged and embraced her lesbianism, Jansson introduced the real love of her life, the artist Tuulikki Pietilä as Too-Ticky in Moominland Midwinter. Jansson claimed that Moominmamma was her own mother, Ham, but in fact, as with all the other creatures in the tales, she becomes another aspect of her creator’s psyche as it wrestled with the artists relationship with art and existence. In fact the Moominvalley bestiary reads as though someone had emptied Tove Jansson’s unconscious mind out onto the table and then used the contents to make a series of fluffy toys.

The Moomin books fall into three distinct groups. Comet in Moominland (1946), Finn Family Moomintroll (1948) and The Exploits of Moominpappa (1950) are tales of a Bohemian commune facing challenges and threats from outside, returning each time to the safety of Moominvalley and the tower-house of the Moomins. Architecture played a huge role in Jansson’s life. She fought tooth and nail to acquire a number of wonderfully unusual studios, all characterised by vertical spaces in which she would build ‘nests’ to live. Outdoing just about every other free-thinking creative she ended up building her own house out of stones with her bare hands on an island in the middle of nowhere, desperately searching for the solitude she revelled in, and felt was a profound catalyst for her art. Inevitably the famous Moomin author in her house on an island was a magnet to thousands of fans who would cheerfully row out for a look and even a chat. She accepted most with good grace, though apparently hurled rocks at some on the occasional bad day.

In the second group of books, Moominsummer Madness (1954),  Moominland Midwinter (1957) and, to a lesser extent, Tales from Moominvalley (1964) the family is uprooted from the familiar landscape of home, either because they wake up in the wrong season to find everything changed, or a great big flood whirls them away. Westin argues that this is partly Jansson’s moving apart from the family that had defined her, and her own uneasy relationship with her father who, traumatised by the wars and political upheavals of the early part of the century, had embraced an ugly nationalism that Jansson hated.

And then it gets really weird. In the last two books – Moominpappa at Sea (1965), and Moominvalley in November it’s not just the family that starts to disappear, but the whole notion of the artistic consciousness built into the stories fragments. Moominpappa has a mid-life crisis and turns into an obsessive, dragging the whole family to a lighthouse while the nihilistic Groke hovers in the background. Moominmamma, always the secure lynch-pin of the group, goes all quiet and pointless, paints a big fresco and promptly disappears into it. She watches the others get on with their lives in the real world with a kind of melancholy satisfaction. For Jansson she was a painter first and foremost, and life became a search for the silence and solitude that would allow her to get on with her art. Disappearing into a painting on an island in the middle of nowhere probably had huge appeal. Being one of the most famous authors of children’s books in the entire world made this a wee bit tricky.

I won’t go over Moominvalley in November, you can read my thoughts on the last book here. Suffice to say the Moomintrolls are not even in the story, they’re away on their island pondering on the nature of existence and losing themselves in paintings. Eventually Jansson turned from painting to writing, producing a series of adult books that tackled the same themes of identity, art and the uneasy relationship between consciousness, creation and, in this case, words. Her books have a beautiful economy of style, but no Moomins, and despite the praise and awards heaped on them they never gained the immense traction of her supposed tales for kids. Yet Tove Jansson was never a victim of her success, the author or painter desperate to create Great Art but tragically tied to her one commercial triumph. Her Moomin tales, cartoons, operas and songs represent a constant internal dialogue in which she tried to understand and work through her relationship with her own artistic identity. 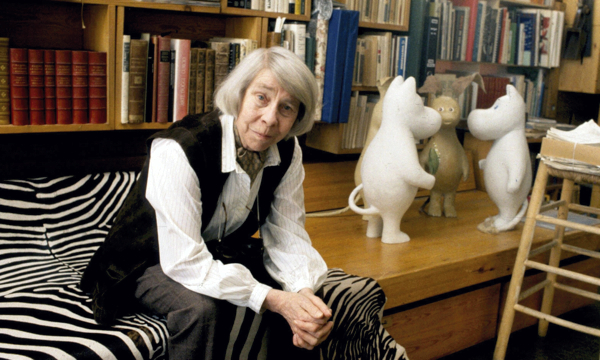 Westin’s biography is a fascinating read. It suffers occasionally from hagiography in its praise of its subject and her work, though it’s entirely understandable given that Tove Jansson was such a remarkable woman. The portrait created is so compelling it makes you wish she’d been a friend you could have spent fascinating days with. The passages in which Westin (Professor of Literature at the University of Stockholm) slips into academic mode are less interesting. Given that the Moomin books are a rigorous essay in self-analysis, layering more on top seems over egging the pudding a bit. Appeals to Freud come across as a bit obvious – Moominpappa and his Great Big Lighthouse, nudge nudge etc. But these are minor quibbles. Anyone interested in the Moomins, Existentialism, the Artist and Art or Jansson herself should read this.