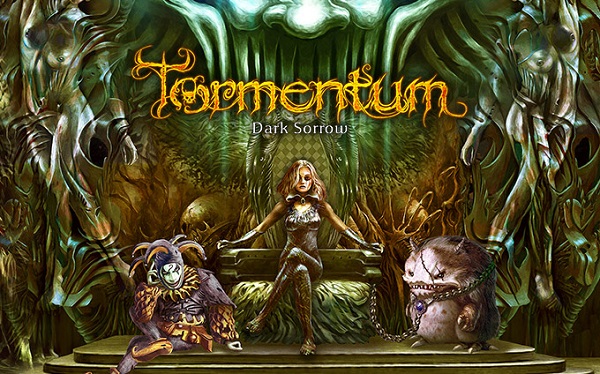 Platforms like Steam have opened the game market to a horde of independent developers, some brilliant and some dire. One of the great advantages is that concepts that would never have been touched by the big studios are now being realised by one or two-man/woman bands. This is good news for gamers who either look for the kind of historical accuracy that only really dedicated game creators are interested in, yearn for the often more intricate and intellectually stimulating titles of yesteryear, or are hunting for something other than endless first person shooters with lots of spectacle but little substance. The only drawbacks are that the sheer volume of titles makes the really gems hard to find, and small production houses (or lone coders) are more susceptible to disappearing as time, lack of money or simple boredom stops them supporting their work. 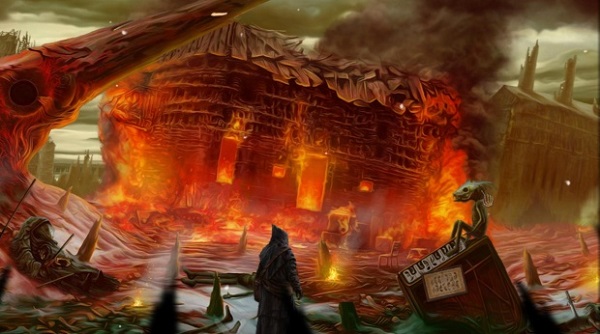 Recently I’ve been playing two independent games: Tormentum – Dark Sorrow by the Polish developers OhNoo Studio and Darkest Dungeon by the Canadian company Red Hook Studios. Both are fascinating and frustrating in their own way, but will appeal no end to fans of H.P. Lovecraft or Clark Ashton Smith, not least because both the logic of dreams, nightmares and madness underpin the gameplay of both. 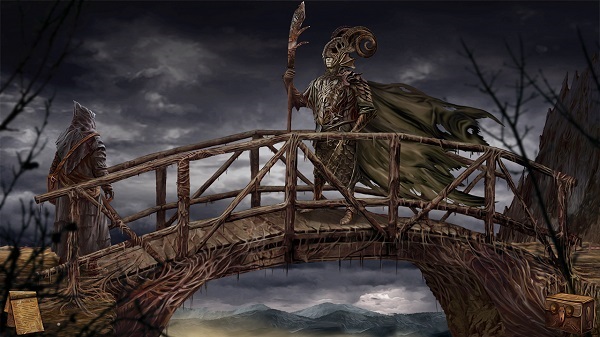 Tormentum – Dark Sorrow is an old-style point and click role playing game. This means that you’re presented with a sequence of static tableaus (with some animation) along with narrative choices and a bunch of fairly easy puzzles to solve. What is striking about the game is its visual style. The developers said they were inspired by H. R. Giger and the Polish surrealist Zdzislaw Beksinski. I’d also add the British Fantasy artist Ian Miller as I can see echoes of his brilliantly warped mechanical/organic creations in the game. The hooded hero wanders through a frantic nightmare world where buildings, creatures and engines are all built from the same grotesque fusion of people, monsters, decay and steampunk technology. 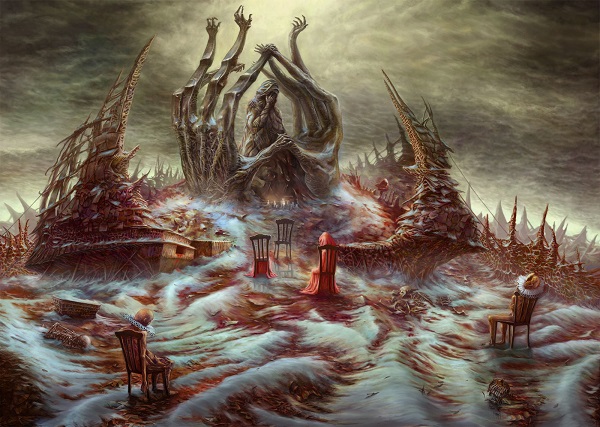 The story is simple – you begin as a prisoner being taken to a castle for torture and imprisonment with no recollection of who you are or why you’re there. As you encounter traps, allies and enemies you’re asked to make a series of choices, some of which are immediately obvious in their moral implications, others the outcome of which don’t become clear until the very end. The game is fairly short – I finished it in just over 5 hours – but it has the genuinely creepy and illogical structure of a nightmare and the art, with very little exception, is brilliant. It also has the advantage of being less than a tenner. You can buy it directly from the developers or via Steam.

Darkest Dungeon, on the other hand, is an endless soul-grinding journey through defeat and despair. The player builds four-person parties of adventurers to venture into randomly generated dungeons beneath a rambling ancestral pile. The game uses a sanity system taken almost directly from Chaosium’s classic Role-Playing game Call of Cthulhu. As the protagonists make their way through the dark warrens, encountering hideous creatures, their sanity takes a constant battering until they begin to go mad, developing traits, tics and complexes that affect their ability to deal with the endless stream of horrors. The game is relentlessly vicious – those that survive inevitably have to spend time in the Abby, Sanatorium or Inn wrestling with their demons before they can return, though a constant stream of new recruits makes up the dwindling ranks. 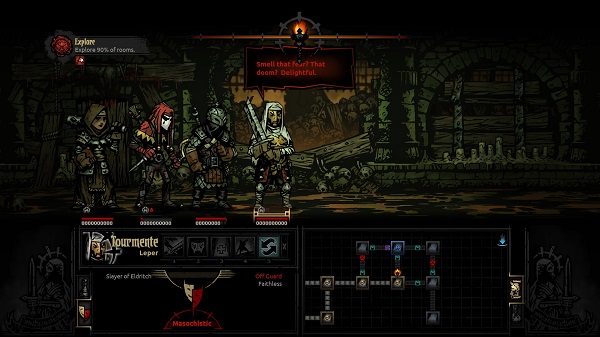 The game is stacked against the player and characters you’ve carefully nurtured through endless torments can be wiped out in a second. At one point in its development Darkest Dungeon had become so unforgiving that many early-access players started to desert, and yet the hopelessness and despair is all part of the experience and once you’ve accepted that you’re going to lose, endlessly and horribly, then the whole experience starts to make sense. 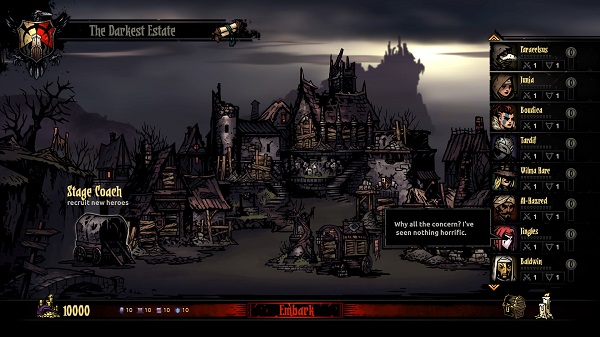 The other thing that mitigates against the brutal difficulty levels is the game’s sheer style. The developers have gone for a bold expressionist comic-book look and feel reminiscent of Mignola’s Hellboy comics. The characters stagger along against a rolling backdrop like puppets in a macabre theatre, and each blow, injury or tussle with madness is given it’s own dramatic mini tableau vivant. For that reason, and the wonderfully despairing narrator, the game never seems to get dull. Personally I think it’s best played in small doses, with no end-game in sight – a bit like Candy Crush Saga for the deranged.

Darkest Dungeon is available on Steam for £18.99 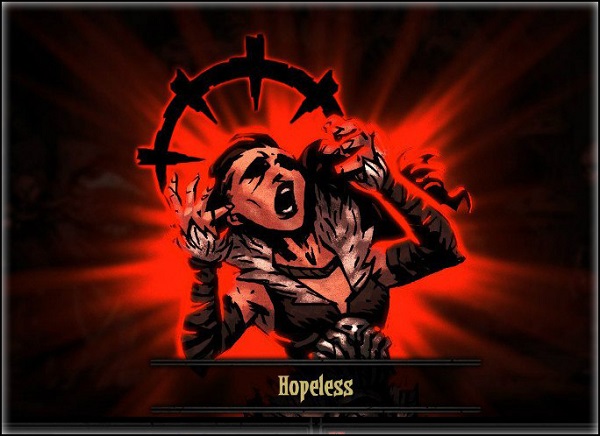 One response to “Tormentum– Dark Sorrow and Darkest Dungeon”