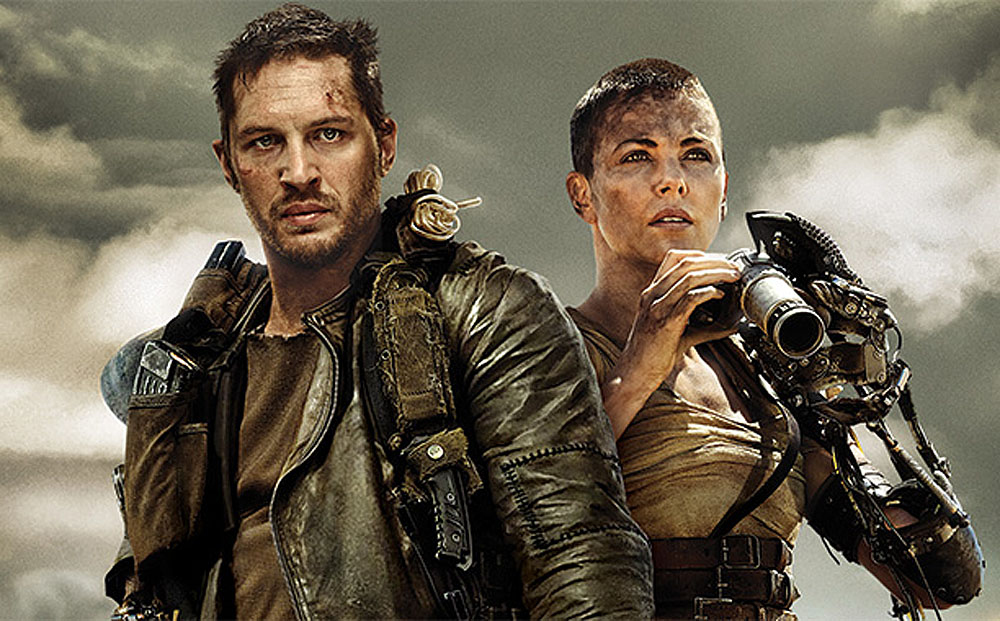 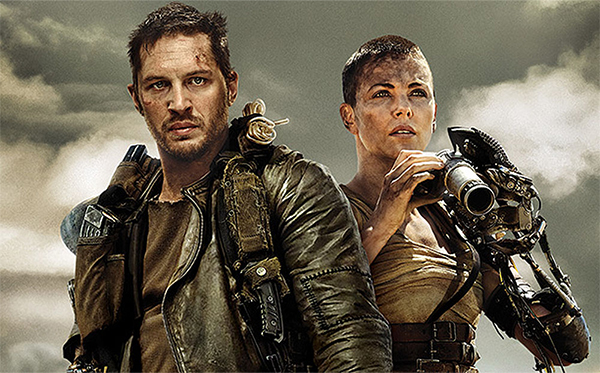 Mad Max Fury Road was just as brilliant the second time round I saw it. For what is essentially a colossal car chase in one direction, followed by a 180 degree turn and a colossal car chase all the way back, the intelligence buried in all the detail in and around the constant explosions and fights is seriously impressive. A lot has also been written about the movie’s positive portrayal of women, especially in the character of Imperator Furiosa (Charlize Theron) who, in reality, is the main character despite the title. Depressingly this has riled a thankfully small section of the male audiences who have predictably whinged about the movie’s ‘feminist agenda’ because they think a ‘man’s movie’ franchise like Mad Max should relegate the female participants to a gaggle of helpless tits and bums waiting to be rescued. They clearly haven’t seen the earlier films (Mad Max 2 and Mad Max: Beyond Thunderdome) because if memory serves me right they also had tough women fighting their own corner (Virginia Hey as ‘Warrior Woman’ and Tina Turner as ‘Aunty Entity’). It’s a sad comment on our times that none of this witless sexism seemed to manifest itself when Sigourney Weaver played the first significant female action lead in Alien, but then in 1979 the inadequate fourteen year boy brigade didn’t have the internet on which to platform their hang ups. 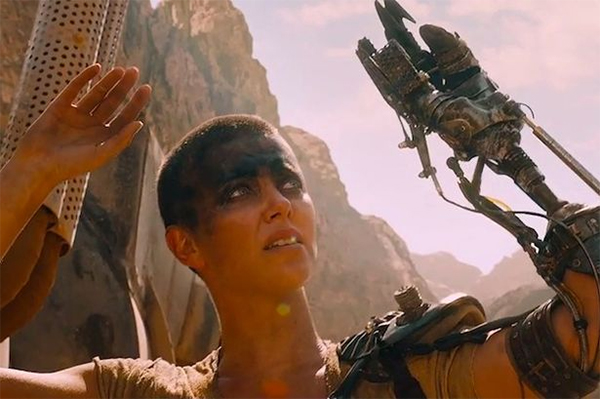 Mad Max Fury Road does give male chauvinism a fairly relentless kicking, not only by directly going for the notion of women as property but also by relegating Max himself to the role of Furiosa’s lovably thick attack dog. But when I watched it a second time I spotted something absent that made me think of a handful of other films with strong female leads that use the same idea – Imperator Furiosa’s missing left arm. Basically the character is a groovy cyborg with a diesel punk artificial arm that looks like it was made out of bits of a clapped out MG sports car. It’s not permanently on, being held in place by a harness, and once in a while she takes it off to relax and have a scratch. Inevitably it malfunctions and starts to fall off right at the point when she’s holding Max upside down by the foot with his head inches away from a rotating spiky tyre, both travelling at 100 miles an hour and her with a dagger buried in her midriff. So at the risk of sounding like someone writing an undergraduate Media Studies essay on Patriarchal Discourse and Cyborg Arms, is there a link between powerful SF/Fantasy women and missing/artificial arms? 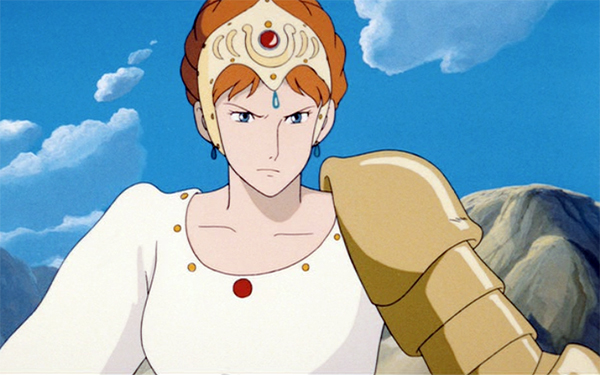 Take two Miyazaki Hayao movies – his first post-apocalyptic SF classic Nausicaa of the Valley of the Wind (1984), and the later historical fantasy Princess Mononoke (1997). In the first movie the villainess is Princess Kushana, leader of the troops that invade the heroine’s kingdom and re-awaken a monster weapon in order to wipe out the insect world that has come to dominate the radiation-addled world. She’s stroppy, bosses men around, is clearly in command and has an artificial left arm because the original got chewed off by a giant bug (which is partly the reason she hates them so much). In Princess Mononoke Lady Eboshi runs a smelting factory in late medieval Japan. She wants to kill off the spirits that protect the forest so she can become very rich from iron mining, fracking and god knows what else. She’s a strong, stroppy woman with a faithfully thick sidekick warrior. Interestingly, like many of Hayao’s characters, she is morally ambiguous because she employs social outcasts, including lepers, in her factory as an act of charity. At the end of the film she quite rightly gets her arm chewed off by a talking wolf spirit. 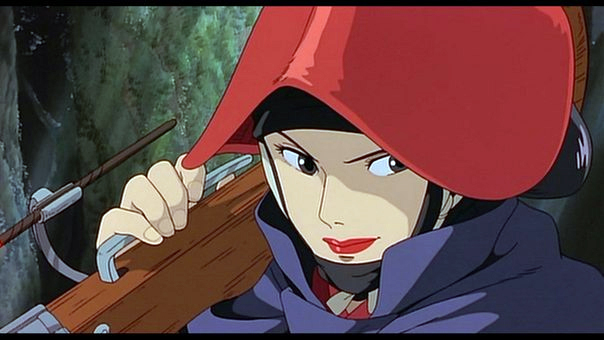 Now Japanese society has always had a bit of an issue with strong women, going so far as to portray them as crazed demons – so there’s a not so subtle suggestion that Kushana’s uppity feminism is linked to her artificial arm – it marks her as ‘abnormal’ and gives her a reason for being the way she is, instead of ‘naturally’ winsome and girly like the eponymous heroine. Eboshi’s loss of her arm is clearly just punishment for her being another woman who doesn’t know her place. Having said that in two particularly ugly scenes in Tarantino’s generally unpleasant Kill Bill (2003) Uma Thurman deals with obnoxious yuppy women by guess what? Lopping off their arms with a samurai sword.

But a variation of the theme also pops up in another ostensibly anti-chauvinism movie Ex Machina (2015). In Alex Garland’s film an inadequate geeky man with more time and money than he knows what to do with creates women to be his companions in his odd, sterile machine-like mountain retreat. The latest model, Ava, first appears half-made – her limbs and abdomen encased in clear plastic so we can see the cogs and wheels inside her arms and legs. At the end of the film, her self-assertion as an independent entity instead of a glorified sex doll happens when she pulls bits off earlier models to re-assemble herself as a whole woman. Conversely one earlier android prototype smashes her arms to pieces trying to break free of her prison, and the stereotypically silent and compliant Japanese model Kyoko amuses herself by pulling her face off in front of a mirror to have a look at the robot skull underneath. 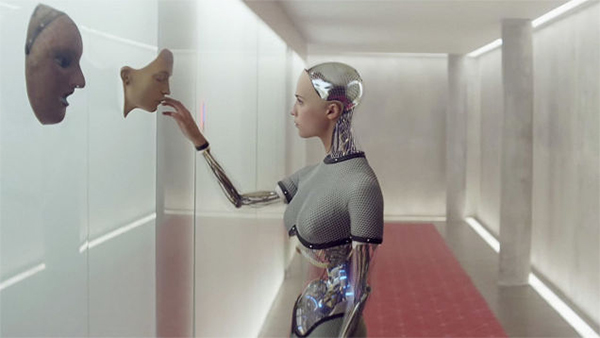 So there seems to be a link between female identity, feminism, cyborg limbs and missing bits playing itself out in various ways through a batch of movies. Is it the case that modern culture, which currently appears to be undergoing a bit of regression regarding gender politics, can’t handle a dominant, forthright female lead without her being a bit damaged (physically in the case of Imperator Furiosa or Ava, mentally in the case of Sarah Connor or Starbuck from the Battlestar Galactica reboot)? At the very end of Mad Max Fury Road it’s Max who saves Furiosa’s life, helping the weakened and very vulnerable looking warrior woman, minus the robot arm, out of the sole remaining car to present her to the grateful people of Citadel.

Maybe it’s reading too much into the movie. Everyone’s damaged in one way or another in the carnivalesque hell of the Fury Road and cyborg warrior women do look cool. If you want to injure someone but still have them look sexy lopping off their forearm is an obvious way to go – they can still walk and their ability to beat people senseless with the remaining arm makes them look even tougher (post running blades legs are also up for grabs. The uber assassin Gazelle in Kingsman: The Secret Service sports cool and lethally sharp prosthetic legs). Another immediate response may be that Furiosa, and others, have the double benefit of presenting the differently abled in positive and empowering roles, something which cyberpunk in particular has always had the advantage of being able to do – but the world of Mad Max is a post-apocalyptic nuclear wasteland where any deviation from standard human shape is equated with mutation and illness, a connection that George Miller gleefully reinforces with a parade of Felliniesque mutants.

Given that there is so much sexist dross out there at the moment, and we seem to be going through an upsurge in repulsive chauvinism masquerading itself as Post-Modern ‘bants’ it seems unfair to nit pick over a movie with such a positive portrayal of women. Perhaps it’s my frustration that it’s 99% there. In any case Mad Max Fury Road is brilliant and any film that winds up the ‘feminism’s gone too far turning all white men into victims’ brigade deserves eternal plaudits in my book. 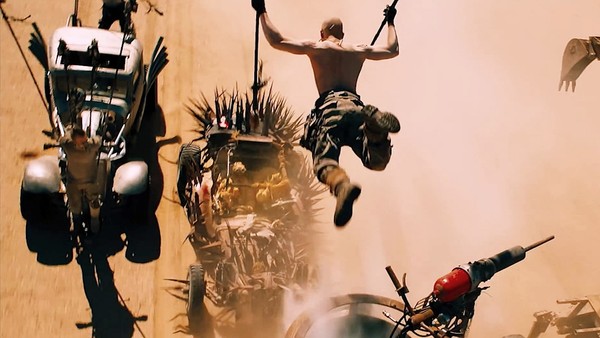