The portraits of Otto Dix 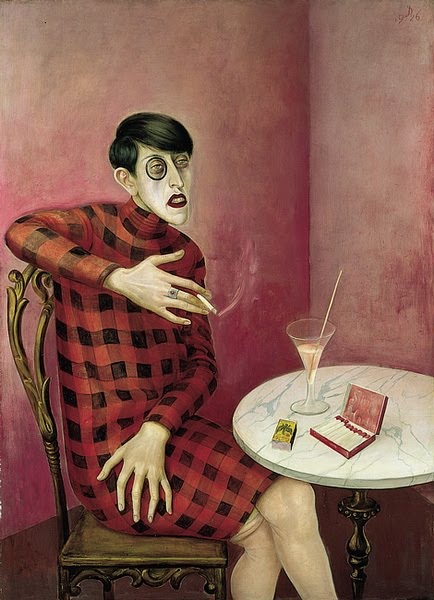 Having your friend to paint your portrait is always nice, especially if they’re a famous artist. Unless your best mate was Otto Dix, the Expressionist painter who lived and worked in Germany between the wars. Scarred by his experiences in the trenches of World War I, Dix specialised in brutal and unforgiving pictures of the horrors of battle, the decadence of the Weimar Republic and frankly scary portraits of his friends and acquaintances. Expressionism was a reaction to the Impressionism of the previous century. Impressionist painters like Monet tried to capture the transient beauty of the world around them by focussing on light, movement and the unguarded moment. Expressionists countered this by using art to express internal emotions (usually the negative ones) with distorted imagery, violent brush strokes and primitive colours. Edvard Munch’s famous painting The scream is often credited as one of the first examples of Expressionism. When painting people Expressionists exaggerated the grotesque and the idiosyncratic.

Agreeing to sit for a Dix portrait meant you were likely to end up looking mad, bog-eyed and, more often than not, a bit green. At the top of this post is Dix’s famous 1926 portrait of the journalist Sylvia von Harden who he claimed ‘represented the age’. As you can see it’s pretty unforgiving. von Harden’s pose is an odd mixture of relaxed (elbow on the back of the chair, droopy stockings, half-open eyes) and neurotically tense (clawed left hand and fixed grin/snarl). The dominant reds add to the overall feeling of angst, making it quite an edgy painting given that it shows someone sitting in a cafe having a casual cigarette. 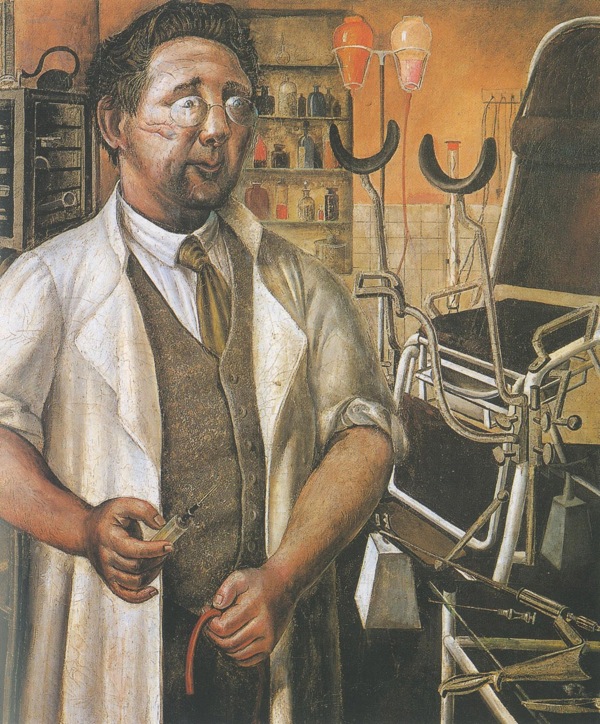 Dr. Hans Koch was a good friend of Otto Dix, and would occasionally sit for him. Dr. Koch was a Dermatologist and Urologist and this painting shows him in his surgery. He loved art and became one of Dix’s main patrons, encouraging him in his work. This was despite the fact that Dix stole Koch’s wife as soon as they met. Apparently Koch said something along the lines of “If you are going to take her away from me, then do it properly,” so Dix married her in 1923. The mind boggles. Dix stole his wife and painted this picture, and Dr. Koch was still friends with him and gave him money to paint more. 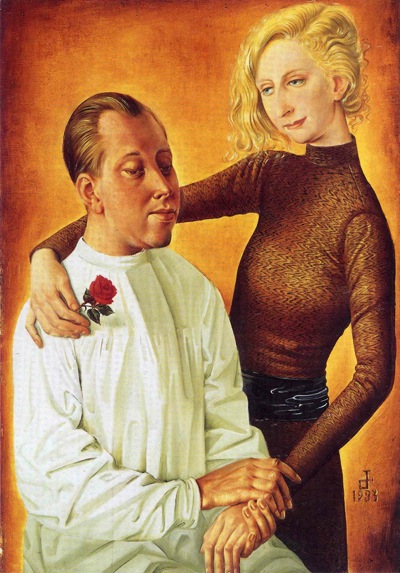 Here’s a more normal (by Dix’s standards) portrait. Despite the unnatural poses and eerie expressions you get a very strong sense of affection in The Painter Hans Theo Richter and His Wife Gisela (1933). Gisela herself reminds me a lot of Edward Gorey’s drawings, particularly in her expression and attenuated, slightly distorted, figure.

Otto Dix was a brilliant artist. His paintings are brutal and uncompromising, but his portraits show such wonderful characters. There are novels galore waiting to be written about his inhabitants of an Expressionist inter-war Europe, and the vicious, decadent cities they inhabit.

Not surprisingly the Nazis had a field day with Otto Dix, branding him ‘degenerate’ and kicking him out of his job at Dresden Academy.

Here’s two more portraits, one of The Dancer Anita Berber and the other of  The Painter Adolf Uzarski . Anita Berber was famous for (among many other things) dancing nude and drinking a bottle of Cognac a day, though not necessarily at the same time. 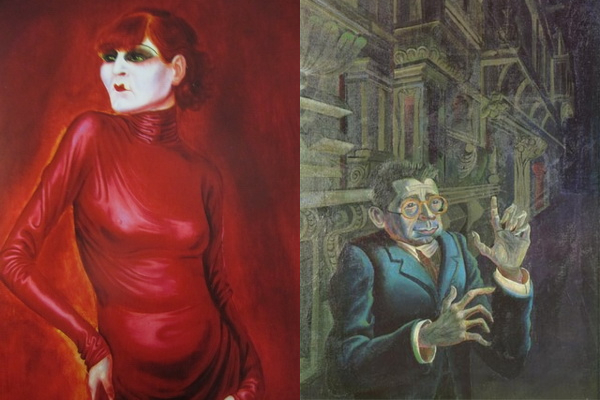 Dix survived the war and continued to paint until his death in 1969.  Interestingly enough, his most ‘normal’ paintings tended to be of himself. Here’s a rather more flattering portrayal of himself in Self Portrait with an Easel. 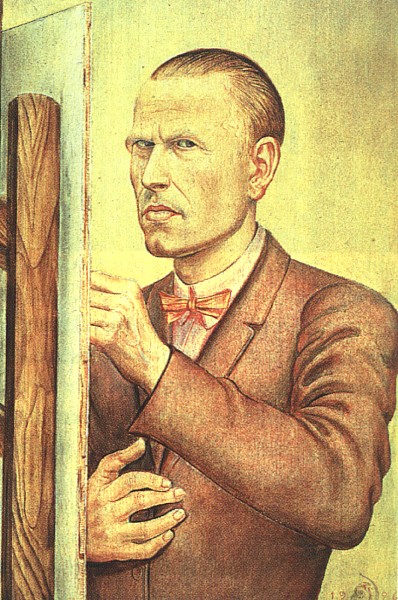 One response to “The portraits of Otto Dix”