The international poster. None of this happens in the film, sadly.

Here’s another film that seems pretty apt for the current state of the UK post-Brexit – Robert Fuest’s end of the world-lite version of Michael Moorcock’s classic novel The Final Progamme (released in the US as The Last Days of Man on Earth). It starred Jon Finch as Jerry Cornelius and Jenny Runacre as Miss Brunner, along with a cast of typical 70s British thespians in walk-on parts. The movie is part of that odd tongue-in-cheek group of hip fantasy titles that popped up at the end of the 1960s and beginning of the 1970s. While pretending to be anti-establishment they seemed to lack any awareness of the politics or social condition around them and so ended up being nothing more than a parade of cheeky dilettantes doing wacky stuff while sticking two fingers up at men in bowler hats.

On the death of his father Jerry Cornelius finds himself caught up in the schemes of Miss Brunner and a group of scientists who want to finish the dead man’s project to create a new immortal messiah to guide humanity through the imminent collapse of this age. His brother, Frank, has the microfilm they need to continue but has barricaded himself in the family home with Jerry’s sister and lover, Catherine. Miss Brunner and Jerry Cornelius finally defeat Frank, grab the microfilm and head off to Lapland where they have psychedelic sex in an enormous microwave and turn into the ultimate messiah – more on that later.

Robert Fuest came to the movie with reasonable credentials, having directed several episodes of The Avengers and also the pretty impressive 1970s version of Wuthering Heights with Timothy Dalton as Heathcliffe. He was also responsible for the black comedy horror movies The Abominable Dr Phibes (1971) and Dr Phibes Rises Again (1972). His take on Moorcock’s hero was very much in the tradition of British TV spy series like The Avengers or Jason King in which a staggeringly wealthy dandy travels the world in frilly white shirts seducing beautiful women and solving vaguely surreal mysteries. Halfway through shooting, not having a clue what was going on, the actors approached Moorcock for advice and he told them that the novel was intended to be a comedy, at which point they started playing for laughs. The result is a peculiar mix of earnest semi-Bond set pieces with long periods of witty repartee, mainly between Miss Brunner and Jerry Cornelius. It kind of works, but there are too many other factors dragging the movie down for it to be in any way successful.

The first problem is clearly one of budget. The movie was made on a shoe string – even to the point where Robert Fuest’s own flat in London was used as Jerry Cornelius’s pad. The film is supposedly set during or just after World War Three when most of Europe has been nuked into oblivion, but apart from occasional throw-away references the only attempt to give it a post-apocalyptic feel is the iconic shot of the Thames filled with wrecked cars. The rest of the time all the external locations look like England (or Turkey) on a sleepy afternoon, with the cameras obviously pointed away from the locals going about their business, so we get a lot of low-angle skyline shots which just serve to empty the screenplay of any real context. 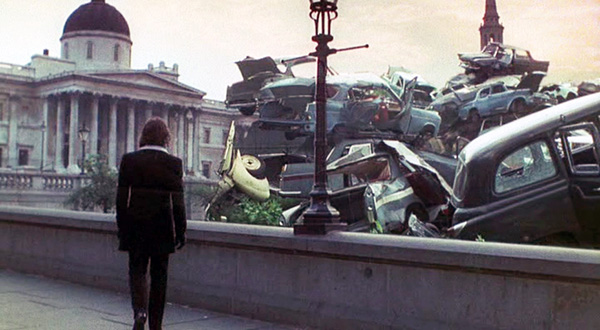 The second issue is a combination of flat direction and uncertain tone. Michael Moorcock, in an interview for the BFI in 2010, pointed out that Fuest’s insistence on endless reaction shots meant that virtually every dramatic beat in the movie was deflated by either a reverse take of a nodding head or an actor saying ‘Oh really’. In his opinion The Final Programme could have been edited into a better paced film, but it would only have been five minutes long. The uneven tone is perhaps the inevitable result of the on-set confusion mentioned above. At times it’s incredibly frustrating because there are some very striking set pieces and images. The very beginning, for example, shows enigmatic figures striding over an icy wasteland in Lapland on their way to make a funeral pyre. It’s an evocative image, right up to the point when the music kicks in – an oompah oompah band playing something that sounds like the theme tune to a crap 60s TV sit-com, which utterly deflates the atmosphere (Hawkwind were originally in line to do the sound track. This was their Space Ritual period and to be honest it’s hard to think how their free-form space rock would have been any better). 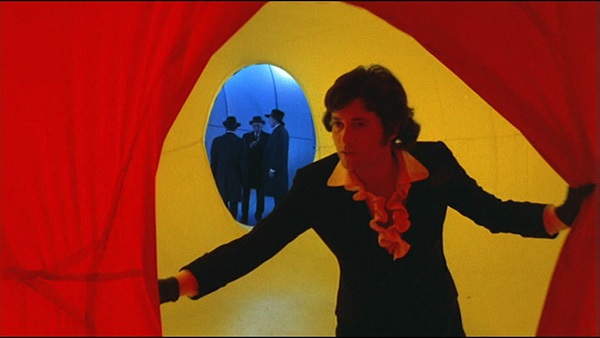 The Final Programme is the ghost of an intelligent movie trying to break through and failing. As with the open sequence there are other occasional flashes of brilliance – most notably the infiltration of Jerry Cornelius’s malevolent, booby-trapped house or the pleasure dome where nuns play slot machines and people run around in transparent balls in a huge pinball game. Jenny Runacre’s Miss Brunner is wonderful and relentlessly upstages Jon Finch’s Jerry Cornelius. To my mind Cornelius was the mirror image of Elric of Melnibone and so Jon Finch is too well-fed and glibly upper-class to carry the role convincingly. Derrick O’Connor’s Frank Cornelius is also intriguing, though never gets a chance to develop as a character. Other walk-on roles are patchy – though Ronald Lacey out-weird’s everyone as the fixer in the games room who sells Jerry napalm. 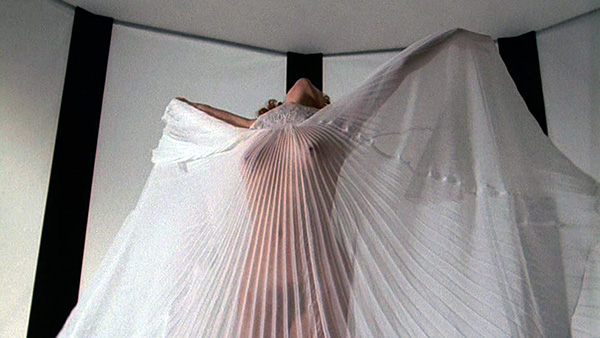 And then there’s the ending. In the book Cornelius and Brunner merge together into a beautiful hermaphrodite messiah that leads a throng of acolytes into the new world. In the film Jon Finch emerges from the orgasmatron, or whatever it’s called, turned into a neanderthal Humphrey Bogart impersonator who lopes off into a cheap sunset effect in possibly the worst ape-man costume ever seen on screen. Thus what little credibility the movie had managed to accumulate in fits and starts over the previous 90 minutes is thrown away in an utterly pointless and unfunny ‘ironic’ sight-gag. Unsurprisingly Moorcock’s experience with this film, and with The Land That Time Forgot, put him off writing anything for a year. 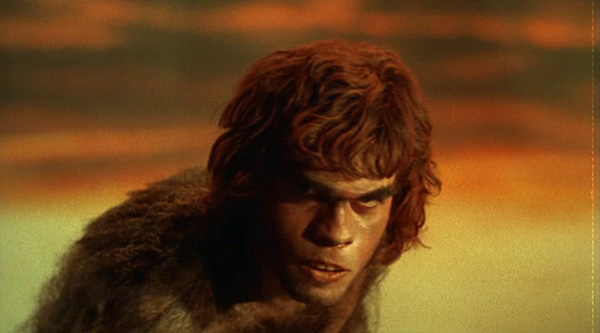 Having said that The Final Programme is worth seeing as a piece of early 70s groovy SF cinema and you can pick it up on Amazon for £9.99 here.