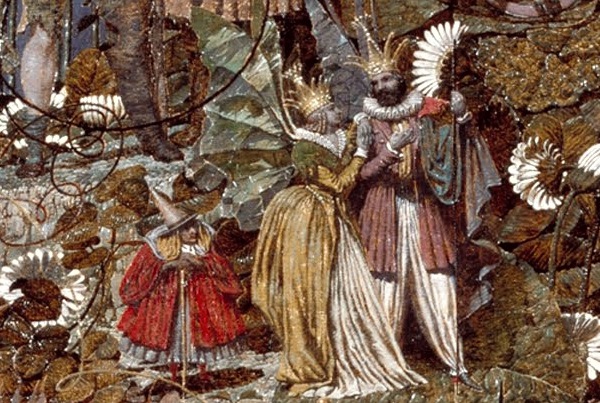 From the mid-nineteenth century onwards British painting bore little resemblance to its European counterpart. While the French Impressionists forged ahead with their bold experiments in light and composition, English painters headed off into the realms of Genre and Narrative art. For them and their audiences the content of a picture became more important than how it was executed. A good painting was defined as one that told a story, preferably with an improving moral. Naturally this favoured realism above all else, with art often imitating the theatre by showing box-shaped scenes filled with portentous drama. The first work in Augustus Egg’s trilogy Past and Present is a perfect example. The execution is pretty dire but that’s not the point, the painting is intended to demonstrate the evils of Fallen Women so not only do we see Mother prostrated by the Discovery of her Infidelity, but the rest of the canvas is filled with Symbols to drive home the point (half-eaten apple on the carpet – original sin, geddit? Falling house of cards etc…). 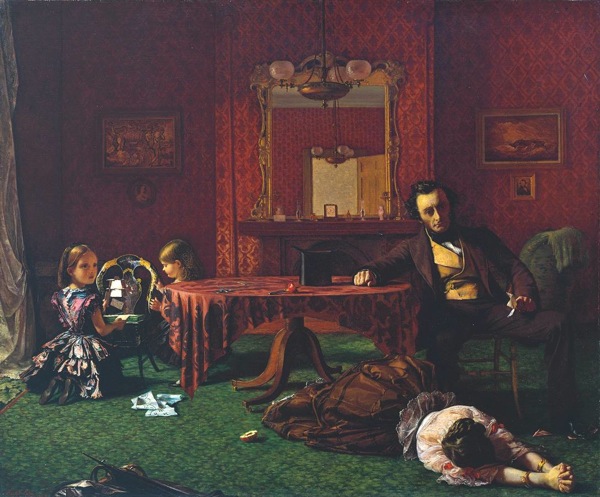 Narrative art wasn’t all about petit bourgeois moralising. History paintings were popular, especially accurate depictions of Great Scenes from English History. Shakespeare also became a rich source of ideas, largely because of the demand for illustrated editions of his works so people could look at the pictures rather than struggle through the verse. 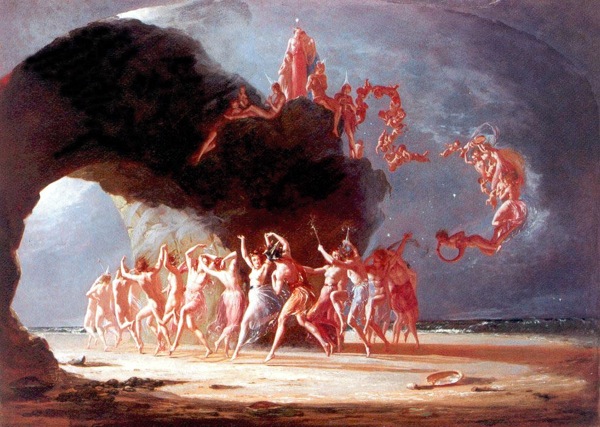 Come Unto These Yellow Sands. Richard Dadd’s relatively normal illustration from The Tempest.

Fairy paintings made up one small and rather odd sub-genre of Victorian Narrative art. A lot of the time this was part of the overspill from Shakespeare pictures, with artists portraying scenes and characters from A Midsummer Night’s Dream and The Tempest. The birth of a market in children’s books also awakened an interest in folklore and legends from England’s past, a fascination that culminated in the Cottingley Fairies incident in 1917 when two little girls photographed themselves with cut-out fairy figures and claimed they were real. To anyone with half a brain the pictures are obviously fake, and yet minds as fine as Arthur Conan Doyle’s proclaimed them genuine. 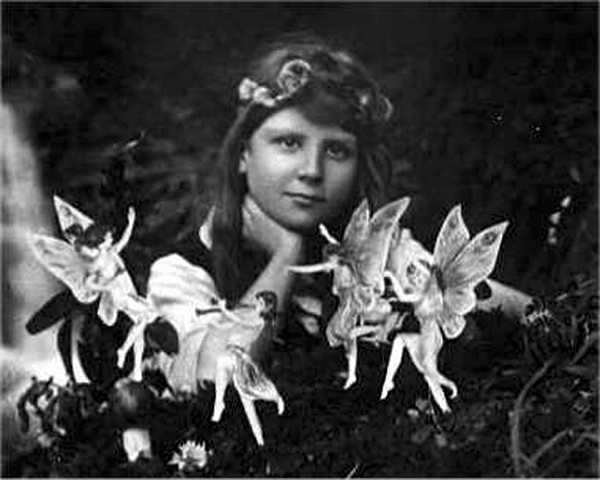 The Cottingley Fairies. Arthur Conan Doyle thought these were real, the muppet!

Of all the fairy painters of the mid to late nineteenth century by far the oddest was Richard Dadd, whose most famous work The Fairy Feller’s Masterstroke (1855-65), is a incredibly detailed tableaux showing a tiny workman cracking a hazelnut with a hammer while a crowd of odd creatures look on. Richard Dadd was insane, possibly a paranoid schizophrenic, and was imprisoned in Bethlem, and later Broadmoor, psychiatric prisons after he murdered his father in 1843. He was encouraged to continue painting as part of his treatment and produced a number of canvases, of which The Fairy Feller’s Masterstroke is his most famous and fascinating. 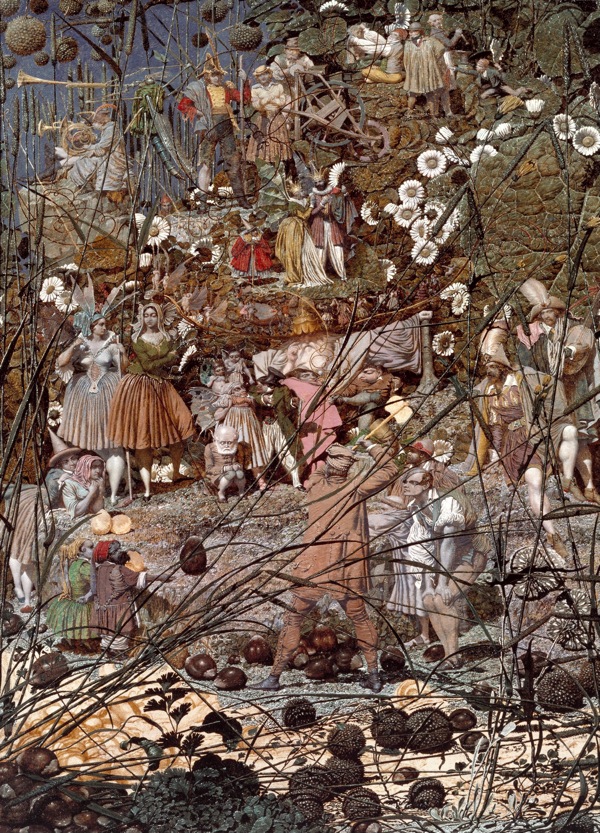 The picture is filled with almost microscopic, painstaking detail. The observation of the flowers and insects is meticulous. The characters watching the Fairy Feller are a curious mixture of pantomime Kings, Queens and pirates, mixed up with people who could have stepped off a mid-Victorian street. Many of the characters have distorted heads, a symptom of schizophrenia whereby the part of the brain that processes faces is affected by the disease. 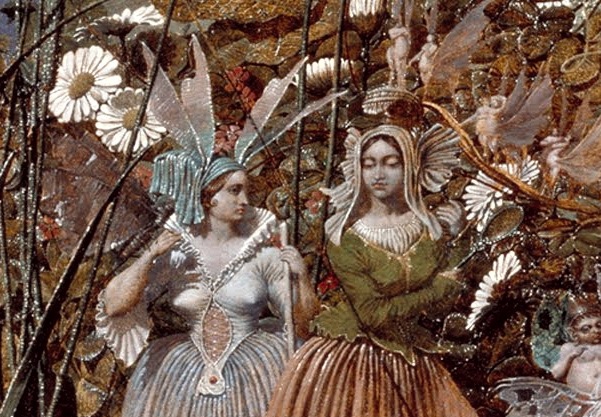 Detail from The Fairy Feller’s Masterstroke. Spot the tiny figures behind the two women.

Perspective is almost non-existent, and wherever you look more details (and tinier figures) pop out at you. It’s a painting that is as fascinating and beautiful as it is disturbing, and is certainly a million miles away from the more conventional pixies and elves of Arthur Rackham and other fantasy illustrators of the late 19th and early 20th century. It’s the kind of picture my Grandfather would spend hours poring over with a magnifying glass because he was a bit strange that way.

The best online reproduction is on the website of the Tate Gallery here.

I’ve uploaded a large resolution version of the entire picture here so you can revel in the detail. 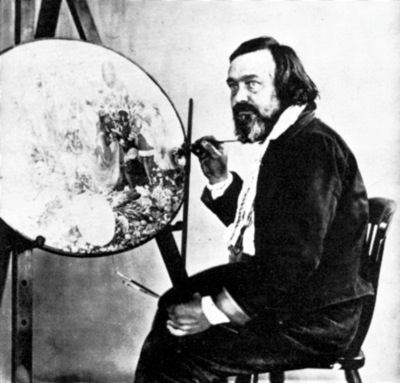 ← In search of the perfect notebook
German Expressionist Flyer →