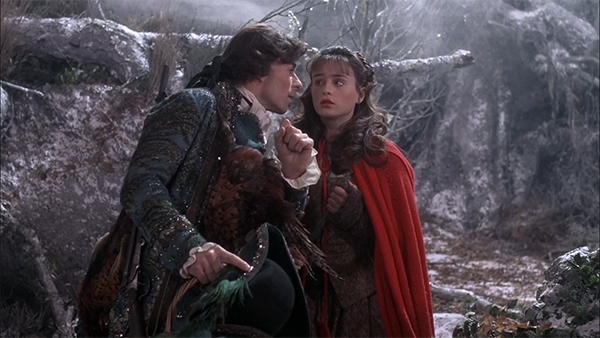 Wandering through Kate Bush’s imagination a couple of weeks ago made me think of a peculiarly English brand of dark fantasy that started in the late Victorian era with writers like George MacDonald and Lucy Clifford. These and others managed to write children’s stories possessed of such toe-curling nightmarish terror that they continue to haunt to this day. The development of Freud’s theories round about the same time let the genie out of the bottle – dreams were full of hidden desires, all to do with Sex and Death (as the good Doctor would have us believe). Throwing kids into the mix gave the screw another twist because a) children were less able to understand and control base desire and b) they were innocent anyway, and didn’t have base desires, right? This huge contradiction played itself out time and time again in Victorian and Edwardian re-workings of fairy tales and fantasy. Freud himself pointed out that those adults who clung the hardest to the notion of ‘childhood innocence’ were the ones who tended to spot and stamp on manifestations of non-innocent behaviour the most.

During the twentieth century children’s literature in the UK largely drifted away from fairy tales, turning first to the world of the resolutely unimaginative middle classes for its material (boarding school tales, Swallows and Amazons, Famous Five etc.) and then to a grittier, more realistic portrayal of children’s lives beginning with books like Gumble’s Yard (1961). Fairy tales were too childish, or twee, full of sententious moralising and everyone knew them all backwards anyway. This was largely thanks to Charles Perrault who, three hundred years earlier, collected traditional fairy tales, took out the rude bits and slapped a moral on the end of each one. His version of Little Red Riding Hood helpfully concludes: “there are also wolves who seem perfectly charming … who pursue young girls in the street and pay them the most flattering attentions. Unfortunately, these smooth-tongued, smooth-pelted wolves are the most dangerous beasts of all.” Just in case little Lucette was too thick to get it. 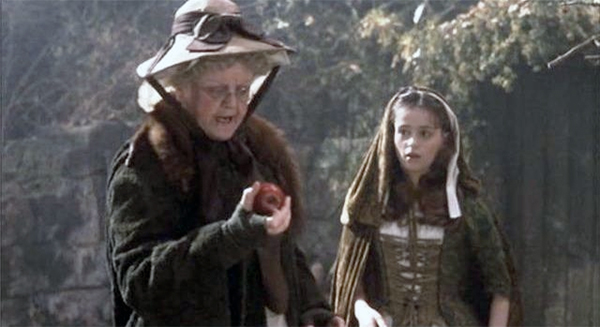 In 1979 Angela Carter published the short story ‘The Company of Wolves’ as part of a collection of rewritten fairy tales aimed at adults, laying bare what Perrault coyly hinted at. Instead of the girl being a victim of the big bad wolf (and by association, the carnal advances of wicked man), recognising the validity of her own desire allows her to confront the beast on equal terms. So instead of getting eaten or rescued by Dial-A-Woodcutter at the end instead “she laughed at him full in the face, she ripped off his shirt for him and flung it into the fire, in the fiery wake of her own discarded clothing.” While an exhilarating re-interpretation of the tales, in the wake of the ladette culture of the 90s and noughties  its premise is a little suspect – women are just as randy and voracious as men and in matching male predatory sexuality with their own somehow transcend the gender imbalance (The ‘if a bloke gropes your bum defiantly grope his’ approach. I have it on good authority this is not a successful feminist strategy). 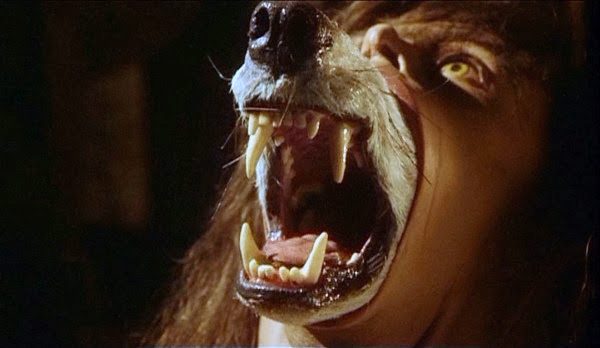 In 1984 Neil Jordan directed the film version of The Company of Wolves. It’s a fascinating movie – another lost UK classic swamped out by Ghostbusters, Terminator I and the only vaguely similar The NeverEnding Story. Jordan’s interpretation of Carter’s tale is particularly interesting because it’s multi-layered and cheerfully plays the different levels off against each other. We have the original pre-Perrault fairy tale, Angela Carter’s vision on top of that, and then the motif of dreams within dreams to frame the whole thing. In the movie a frightfully middle-class girl (Rosaleen) dreams a sequence of episodes. In her dream world she is Little Red Riding Hood in a vaguely gothic village. Her big sister has just been eaten by wolves after being chased through a nightmare wood filled with nursery toys. Grandmother (a wonderfully sinister performance by Angela Lansbury) takes Rosaleen under her wing for a while and tells her four different stories all to do with men doing wrong by women, in one form or another, and often turning into werewolves at the end. This is used to work through the theme of the girl’s own awakening sexuality vs. man the predator.

What makes the film a bit odd at this level is that the references to the dark power of sex are obvious to the point of parody. Rosaleen the girl bites an apple and finds a worm, a moth hovers next to a flame, spiders fall onto the pages of her prayer book and men whose eyebrows meet in the middle (guilty) are wolves in disguise. It’s almost as if Jordan was taking the mickey out of Sunday supplement versions of Freud Lite that equate specific dream symbols (zeppelins, caves surrounded by bushes, etc.) with sex. This doesn’t really sit with the dream within a dream structure which is altogether more ambiguous. At the end of the movie dream Rosaleen turns into a wolf herself and flees from her father and the other villagers back through the nursery toy wood with the pack. In the very last scene the wolves burst through the bedroom window where real Rosaleen is dreaming and she wakes up screaming to find her wrecked room full of big hairy beasts. At this point all of grandmother’s homilies and warnings seem a bit pointless in the face of something altogether more chaotic and disturbing. 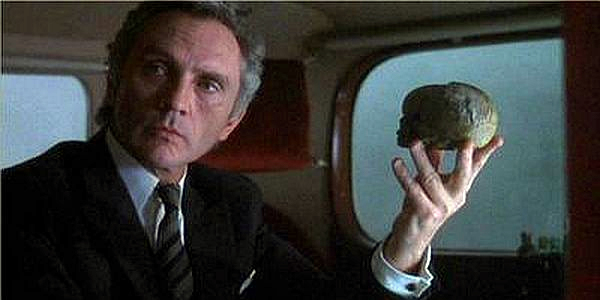 Visually the film is a treat – though many of the animatronic special effects, ground breaking in their day, look clunky now. I remember at one point in the first man to wolf transformation scene, when Stephen Rea pops out for a widdle on his wedding night and disappears for seven years, coming back looking like Neil out of The Young Ones. Taking umbrage at the fact that his bride, instead of moping around, has got on with her life and remarried to a young Carson out of Downton Abbey, he pulls all his own skin off to ‘teach this whore a lesson’ (!). When a wolf snout erupted from his flayed face the entire cinema audience jumped. Compared to transformation scenes these days it looks like a skinned muppet with arthritis but in terms of disturbing horror and cleverly iconic imagery the only film to come close is Pan’s Labyrinth. The movie is also a parade of well-known British character actors – with David Warner as Rosaleen’s decidedly gormless dad, Miranda Richardson as the woman done wrong by the son of the lord, and Terence Stamp appears in a wonderful cameo role as the devil handing out pots of hairy chest paste to idiot boys in the woods.

The Company of Wolves is available from Amazon here.