The Bookman’s Tale by Charlie Lovett 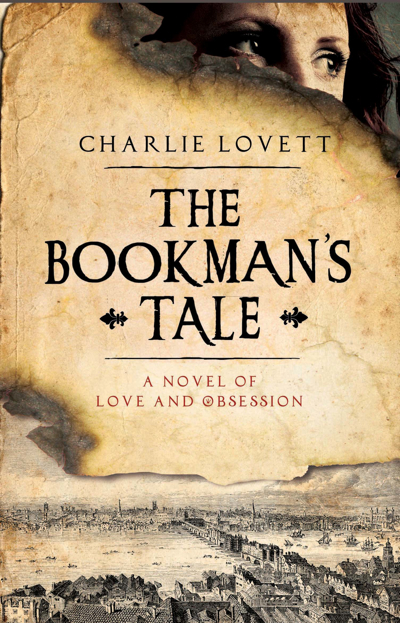 Like a moth to the flame I find myself once again drawn into the strange world of the Shakespeare authorship question, though this time it’s through the entirely charming and entertaining novel The Bookman’s Tale, by Charlie Lovett. This is a thriller aimed at antiquarian book lovers, and as such falls somewhere between The DaVinci Code (it’s much better written than Dan Brown’s book), and Umberto Eco’s The Name of the Rose. Like a  modern-day William of Baskerville, mild-mannered nerdy book lover Peter Byerly finds himself caught up in a mystery framed by the question – what ancient volume would contain marginalia so explosive as to lead to treachery and murder?

Overcome by the death of his floaty Pre-Raphaelitesque wife Amanda, Peter flees to the UK to hide from the world.  He discovers what seems to be her portrait in an old book shop in Haye-on-Wye on the Welsh border. The only problem is that the picture is a Victorian watercolour. Not only that but in trying to track down the picture’s origins Peter rapidly finds himself stumbling across an even more astonishing find which, if shown to be genuine, would prove once and for all that jobbing oik William Shakespeare from Stratford was indeed the author of at least one of his plays. Of course such a volume treads on the toes of enough nutters to prompt betrayal and violence throughout the centuries, and Peter finds himself caught up in a tangle of plot and counterplot that stretches back to the early 17th century.

It’s a very entertaining novel, especially for someone like me who both loves old books and Shakespeare. Lovett has precisely captured both the seductive attraction of browsing old bookstores (and the pleasure of the real ‘find’) and the often convoluted and bizarrely over-intense world of book collectors, dealers and forgers. This is not surprising given that Lovett himself is a book collector and ex antiquarian bookseller, and it’s clear that much of the novel is written from his own experience. Indeed the narrative itself often sounds like the mildly obsessive but charming pedants who run the second hand bookshops I love to visit.

Not surprisingly then, The Bookman’s Tale shines in its descriptions of old books and the meticulous process of restoration, especially in the chapter where Peter rebinds an edition of George MacDonald’s classic Victorian children’s tale At the Back of the North Wind for Amanda. Her character is clearly constructed as a shy academic’s fantasy. She’s beautiful, bookish, indescribably fey and sophisticated. Naturally her response to being given a lovingly hand-bound and personalised copy of an antiquarian book is to tear her clothes off in gratitude for the first of a series of bouts of unrestrained shagging on (where else?) a library floor. At this point the author’s own personal fantasies get a bit too obvious, but the scenes still manage to capture a real sense of affection between the two socially inept bookworms that redeems the daftness.

The Bookman’s Tale is also occasionally hampered by its academic subject matter. Lovett’s desire to slip in as much historical and technical information into the scenes can come across as a bit laboured. At times it feels as if every mention of a historical character has to have a quick lecture tossed in for good measure. In half a page’s wander through an Elizabethan tavern we get potted histories of Thomas Nashe, George Peele, John Lyly, Christopher Marlowe and of course the upstart glove maker’s son Shakespeare. Later on in the book Peter mentions W.H. Smiths and we are treated to a quick aside about how the newsagents was founded by a First Sea Lord under Disraeli who was the inspiration for Gilbert and Sullivan’s H.M.S. Pinafore. At points like this the novel sounds a bit like a Mastermind contestant specialising in antiquarian esoterica but it does actually work, in rather an odd way, because when it happens the narrative voice echoes the obsessive introspection of the main character Peter. It’s quite an achievement to make a painfully shy, fusty young fogie rendered even more self-absorbed with grief into an interesting lead and yet Lovett not only manages to do this, but charts the man’s re-emergence into day to day life with convincing sympathy.

Beyond the world of books and scholarship the book is less assured and occasionally relies on cinematic cliches apparently channeled in from movies like Sleepless in Seattle and (in one odd scene) Play It Again Sam. In this chapter Peter is on a dinner date with a possible love interest and seems to see the ghost of Amanda appear in the restaurant to regale him with a bit of chat-up advice (“‘Tell her about the opera,’  Amanda mouthed to him, before fading away.”). Fair enough, though at the end of the anecdote not only is the hero and his date in tears, but Ghost Amanda is also having a bit of a grizzle. Scenes like this, that might just work on the screen, end up being a wee bit ridiculous in the book.

But these are minor quibbles as The Bookman’s Tale is clearly intended to be nothing more than a very sophisticated and elegant intellectual mystery story by and for people who love old books and bookstores. Compared to Dan Brown’s nonsensical churnings it’s well written and scampers back and forth through the ages without losing the plot or getting too much caught up in potted lectures on the admittedly labyrinthine genealogy of old volumes. It certainly had me gripped. Perhaps its frequent leaning on Hollywood imagery represents a big hint to those who might think it had the makings of, at least, a mid-level romantic mystery starring (at a guess) Jude Law and Emily Blunt. We’ll have to see.

The book is available from Amazon.co.uk here

and from Amazon.com here