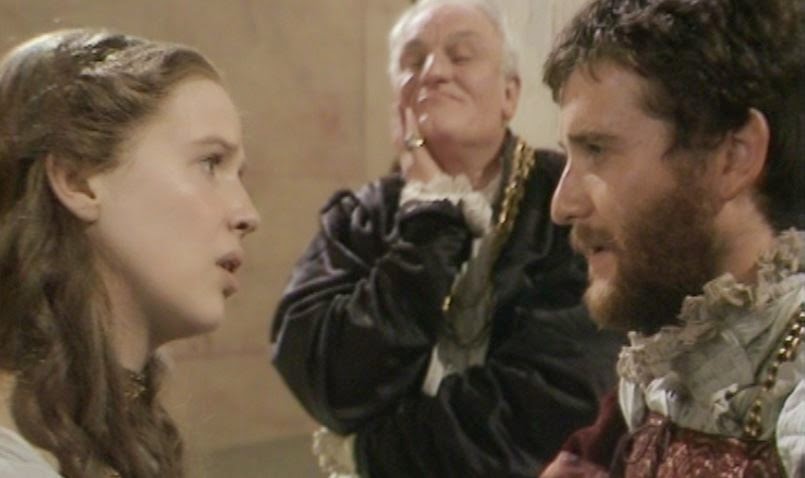 The BBC’s failed attempt to create the definitive set of the complete works of Shakespeare adapted for TV demonstrates just how hard to pin down the bugger can be. From his rediscovery at the end of the eighteenth century through to the middle of the 20th the received wisdom was that the Bard was the greatest writer ever to have walked the Earth, who spoke to all men of all times. Much of this was part of the Empire using him to assert British cultural superiority over subjugated nations (which is why Shakespeare is so massively popular in India), but scratch the surface of the myth and the cracks soon appear.

Shakespeare wrote, or co-wrote, around 38 plays. Of these only 14 or thereabouts are regular performed, and far less filmed – the major Tragedies, Richard III, Henry V and a handful of comedies. As long as you have a big name star in the lead, then these are more or less guaranteed to put bums on seats. The remaining 24 rarely see the light of day and some, such as Troilus and Cressida are so problematic they hardly ever get produced at all.

Yet even with the great plays themselves, what tends to stand out is certain scenes and set speeches. Macbeth is a good case in point. We now know that the image of the lone genius penning great plays in attic with a quill is a romantic myth. Renaissance plays were thrashed out by teams, in the same way that scriptwriters work on films nowadays. Macbeth is a mish-mash – some bits are brilliant and some bits are, quite frankly, crap. Think Macbeth and four scenes stick out – meeting the witches, Macbeth murdering Duncan, Banquo’s ghost and Lady Macbeth going barmy.

Other plays are also reduced to famous chunks – Hamlet is ‘To be or not to be’ and ‘Alas poor Yorick’, Romeo and Juliet – the balcony scene, Henry V – the Crispin day speech. Partly this stems from the broadcasting of famous speeches by the BBC during the Second World War to jolly the populace along, and partly due to endless parodies in popular culture. When people think of Olivier’s Richard III they’re more often than not thinking of Peter Sellers’ impersonation.

So the idea of Shakespeare and his works as a cultural icon boils down to a number of scenes from a few well-known plays. The vast body of his work is pretty much the province of fans and academics. Troilus and Cressida might be performed once in a while as an intellectual exercise, but you’ll never see it as a mainstream movie starring Michael Fassbender. Even Macbeth (2015), arguable one of Shakespeare’s most famous plays, with the big draw duo of Fassbender and Marion Cotillard, was a box-office flop and a commercial failure.

The BBC Television Shakespeare series was designed to be the de-facto standard against which everything else was to be measured. It appeared at a time when Margaret Thatcher’s Tory government were fighting back against the cynicism of the so-called permissive 1960s and 70s with a re-assertion of patriotic Victorian Britishness (‘Victorian Values’ was one of their slogans). That partly explains why the BBC TV versions were so resolutely Victorian in their approach – virtually indistinguishable from the reverent and ‘historically accurate’ spectaculars of 19th century actor managers like Henry Beerbohm-Tree. The look and feel was enforced by the fact that the series was actually financed by  several American-based multinationals – including Exxon and Morgan-Guaranty. They exerted significant artistic control in the beginning by stating categorically that there had to be famous lead actor, no ‘funny accents’, the sets and costumes had to be historical (as in accurate for the period of the play’s setting, not reproductions of the Renaissance theatre), and there were to be no ‘monkey tricks’.

Not surprisingly many famous directors refused to touch the brief with a barge pole. Shakespeare production outside the BBC series was filled with exciting and radical interpretations such as Derek Jarman’s punk The Tempest, or Carlos Castenada’s Hamlet and A Midsummers Night’s Dream. That’s where most actors and directors wanted to be – not wearing tights in a box set and intoning great verse in accents not heard since the BBC World Service broadcast Olivier to the troops in North Africa.

In the end three producers worked on the series – Cedric Messina, Jonathan Miller and Shaun Sutton. By the time Miller came along the series had received sufficient negative press for him to be given more leeway. I spoke with Miller at length when I was writing my book on Shakespeare Film and he told me he still had a bugger of a job trying to persuade Peter Brook, arguably one of the most interesting UK Shakespeare directors to have go (he refused), and he was constantly at loggerheads with the financiers whose vision of Shakespeare was so resolutely old-fashioned. Under Miller a few plays pushed the boundaries. His Taming of the Shrew stirred controversy with John Cleese playing Petruchio as a more thoughtful Basil Fawlty, and Jane Howell set the three parts of Henry the Sixth in a children’s playground, but nothing radically interesting emerged.

In the end the series was hamstrung by strictures placed on it by people who, quite frankly, didn’t have a clue about what makes the Bard so fascinating. Static scenes in which actors intoned every single word were guaranteed to send everyone into a doze. Part of the reason given was that most of the international audience would struggle with a more natural delivery. The problem with the traditional pre-60s declamatory style is that it flattens out the text into one bombastic drone, so it all sounds the same, missing much of the subtlety of language that makes Shakespeare so fascinating. It was also out of date. In England Shakespeare performance was entering a new era of linguistic subtlety under the guidance of people like John Barton whose Playing Shakespeare series (1982) set a standard the BBC TV programmes could never match. The arrival of Branagh’s Henry V, which completely reinvented the play as a gritty realistic study of power with an astonishingly naturalistic performance from all its cast, effectively sealed the fate of the older Donald Wolfitt approach that characterised the videos.

It wasn’t all bad. David Jacobi recreated his wonderful stage Hamlet and Troilus and Cressida, one of the rarest plays, saw the light of day. The TV programmes work up to a point if you listen rather than watch, but trying to create a standardised reference work of all the plays was doomed to failure. Shakespeare thrives because his astonishing richness is so open to interpretation – he is basically like a vast box of dramatic Lego out of which the talented can build the most wonderful art. There never will be a definitive version because he did speak to all people at all time, but to each in an utterly different way.