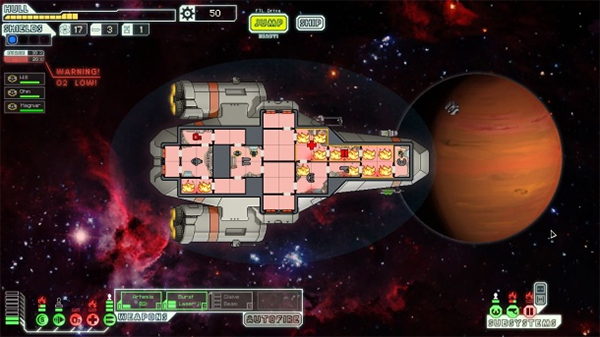 A Happy New Year! I thought I’d kick off 2015 with a blog post about some of the games I’ve played and enjoyed over the last twelve months. Games are often seen as one of the writer’s deadly enemies. They can be a massive time-soak – an easy distraction when writer’s block kicks in or prevarication takes over – as Iain Banks found to his cost when he became absorbed in Sid Meier’s Civilisation. Yet at the same time well-designed and researched games can actually be helpful as additional fuel for the imagination and, in some cases, a sandbox to work out backstories. A good example of this is Paradox’s series of historical games, centred around their showpiece Europa Universalis (which I’ll talk about below).

I’ve been playing games since the year dot and class myself as a bit of a Grognard (‘grumbler’) – a term used to describe the cantankerous veterans of Napoleon’s Old Guard and which now refers to older gamers who cut their teeth on the classic simulations of SPI and Avalon Hill, with their telephone-book sized rules and coverage of some of the most bizarrely obscure events in world history (inter-dinosaur combat anyone?). I’m not a massive fan of the blockbuster-effects- and cut-scene-heavy epics of today. Grand Theft Auto’s clever extended homage to de Palma, Scorsese and Tarantino quickly got buried under an ugly misogyny that no amount of ‘post-modern irony’ could excuse. I might dip into an FPS once in a while to let off steam but on the whole I prefer games that appeal to my imagination, make me think and, ideally, can be put down and picked up in 10 minute bursts. So here’s some that have fallen into that category:

OK – you play an immigration official on the border of the totalitarian state Arstotzka whose job it is to stamp passports and decide who can come into the country and who can’t. It sounds about as dull as you could possibly get and yet it’s gripping, addictive and highly entertaining. As each grim day unfolds you are presented with ever-increasingly complex immigration rules and a steady stream of characters and their stories – do you let the refugee wife in after her husband even though her passport has expired? Do you deny entry to the human trafficker even though his papers are in order? And what about the sinister revolutionaries who keep pushing all sorts of weird stuff through the slot in your counter? At the end of each day you return to your Level 8 Apartment hoping you have enough money for food, heating and medicine for your family, and maybe enough put by to move into a Level 7 higher up the Stalinist block in Z sector.

Apparently the designer based it on his experience of getting a visa in Japan, a mind-numbingly bureaucratic exercise I put up with for ten years. I also spend a lot of time travelling to ex-Soviet countries, some of whom still retain the legacy of the Communist attitude to border management – so I can really relate to the game from both sides of the counter. The wonderful retro 8-bit graphics and brutal oompah band that greets each morning adds to the overall ambience. Available on iPad and Steam.

This was one of my favourite games of 2014. It’s basically a resource management game that has you controlling your spaceship as it flees from the advancing Rebel fleet with data crucial to the survival of the Federation. There’s no spectacular Eve Online space battles. Instead you have a top-down schematic of your ship surrounded by an interface of its main systems, allowing you to allocate power, target weapons, open and close doors (very important for extinguishing fires or suffocating boarders) and upgrade. You start with four crew though more may join, or you might just as easily lose them to a variety of on-ship and planet-side mishaps. FTL is a variation on a Rogue dungeon – planets and enemies are spawned randomly and death and ship destruction is permanent – no save points to return to if you’re wiped out. That, and the huge variety of encounters built into the engine, make for a truly nail-biting and addictive game.

In one encounter my ship was drifting in an asteroid belt, severely damaged after a run-in with pirates. I’d opened all the air locks to suffocate the enemy who’d beamed onto my vessel but a stray rock subsequently took out the oxygen generators so there was nothing left to replenish the air. All my crew were barricaded in the sick bay and the only way to survive was to get them to dash through to the other end of the craft and repair the environment systems before they died from lack of oxygen. It was essentially a Star Trek episode (no-one made it in the end). Available on iPad and Steam.

This is the biggy. These days I tend to go for games I can pick up and put down and try to avoid the mammoth time-wasters I used to get distracted by in days of yore. Europa Universalis IV (EU IV) is the exception, simply because it is such an impressive and in-depth attempt to recreate history from the birth of the Renaissance to the end of the Enlightenment. The game is essentially Fernand Braudel’s classic three-volume Civilisation and Capitalism in game form so if you don’t fancy struggling through that worthy but long tome you can fire up EU IV instead and have a crack at governing any nation from the mid 14th century.

Most games of this kind focus on warfare, encouraging players to stamp all over adjacent territories in an ahistorical search for world domination. In EU IV war is, rightly, a difficult, risky and hugely expensive undertaking. Eschewing brainless land grabs the game rewards a slow-burn sandbox approach to politics, culture, religion and economics. The historical detail is staggering as you juggle your relationship with other nations, try to influence the Vatican or the Holy Roman Empire. You can try and model the trade empires of the Hansa or focus on developing a true Renaissance culture. In one game I was Doge of Venice but I made the mistake of bribing myself to re-election, each time eroding the Republican foundations of the state. One morning I woke up to find myself transformed into monarch, the largely republican merchants rebelled and let the Austrians in and the kingdom collapsed. For anyone with an interest in history it’s a fascinating game. Available from Steam and directly from Paradox.

Like a blithering idiot I sold my now-very-rare-an-valuable white box set of Dungeons and Dragons when the second edition came out. For a couple of years I and the other member of the Harrogate SF Society had spent many a Sunday afternoon in a damp basement flat grinding through endless dungeon crawls. These were the early days when playing the game was a simple case of hacking your way through improbably-housed monsters (‘you open the ten foot square room and are immediately attacked by six Ogres wielding halberds’). Nowadays my hard drive is groaning under the weight of many genre-defining PC RPGs – The Elder Scrolls, Dragon Age: Origins etc… – but they take so long to play and demand such an investment of imaginative energy, despite the candy graphics, that I often hanker for a simple stomp down a corridor and a quick back and forth with a couple of armoured skeletons.

Legend of Grimrock (and its sequel) fills that niche. You have a party of four dumped in the labyrinth fortress of Grimrock prison and have to fight your way out through levels inhabited by increasingly powerful beings. Movement is across a grid and fighting and spell casting is straightforward. The nicest thing is the old style RPG setting where the auto-map is switched off and you have to make your own on a piece of paper, like in the good old days of grindcore D&D.

To finish here are a handful of games I’m either still playing through or which didn’t make it into my final four:

South Park: The Stick of Truth.

At the other end of the spectrum – a beautiful but flawed riff on old Norse sagas with some really lovely artwork and a sombre elegiac narrative of dead gods and a sun standing still over a winter world.

Play as NASA or the Soviet Space Agency embarking on the space race in the 1950s. This is a management game where you juggle R&D, make strategic decisions (Space Shuttle or Go to Mars?) and hire and motivate experts to bolt your rockets and satellites together.

Bit of a guilty pleasure this one. This is about as detailed and hardcore a simulation you can get and yet it also makes a gripping game – especially if you are a Tom Clancy fan. Instead of flashy eye-candy you basically get a copy of the kind of display Jack Ryan stands in front of – fluorescent icons on a world map as you conduct hi-tech operations against your enemies. The verisimilitude of Command is second to none, whether you are a Norwegian sub playing cat and mouse with the Russians under the Arctic ice or trying to take out a spy satellite with missiles fired from a stealth drone (I didn’t even know you could do that). Anyone writing about modern or future intel- and cyber-based operations should check this one out.