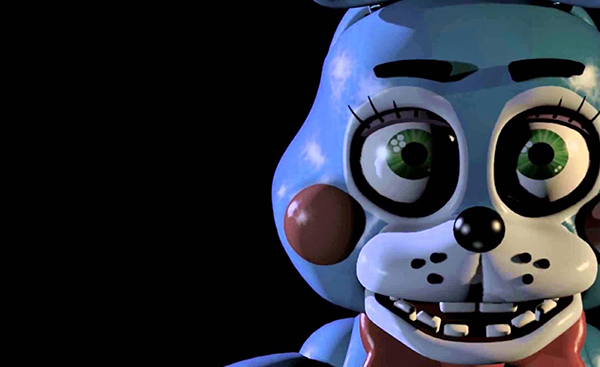 Yesterday Sinead O’Connor posted this on her Facebook page:

This is a message for parents of young children. There is an online game going round at the moment called Five Nights At Freddiies [sic]. The entire premise of the game is child sacrifice and child torture. An awful lot of kids are playing it without parent’s knowledge and it’s scaring them literally out of their wits but they’re addicted to it. It causes terrible behavioural disturbances, naturally. Please, please check your children’s devices and Internet histories and do all you can to make sure they are not playing it, or playing it at other people’s houses. It’s THE most disturbed and dangerous game’ I have ever seen. I can’t understand why it was ever allowed. It should be banned. It is literally evil. Please protect your children from it. If you wish to see it for yourself go on you tube. I’ve put a link to one episode of it at the end of this post . Then please go look at the others. It’s horrific. It is HUGELY popular amongst the young ones but as I say, there’s something addictive about it. If you have lately noticed severe behavioural changes in any of your young ones, along with a sudden terror of going to bed alone, it may well be due to this game. The kids are inclined not to tell parents they are playing it because they know we will stop them.

It’s very easy to criticise a post like this. O’Connor clearly doesn’t know anything about Five Nights at Freddy’s and has written a typical knee-jerk moral panic response to a perceived deadly threat to innocent kids. But her comment on FB is also fascinating because it echoes the fears, and the mob-induced overreaction to new types of media, outlined in Martin Barker’s classic study of the 1950s Horror Comic (and 1980s Video Nasties) scare – A Haunt of Fears: The Strange History of the British Horror Comics Campaign.

Five Nights at Freddy’s is a point and click jump scare horror game.  You play a security guard in a fun fair monitoring the various attractions. During the course of the night some of the animatronics come to life and start to make their way towards your office. It uses the same premise as the Weeping Angels in Dr Who. As long as you have your eye on the fluffy robot teddy, rabbit and duck they don’t move. Once you look away they change position. You have to survive the night by making sure you keep the horrors pinned down despite waning power. If you fail then the game ends with one of the buggers jumping out of the darkness and screaming in your face. It’s terrifying. It’s also aimed very obviously at adults – the puppets are possessed by the ghosts of children who were murdered at the fair coming to get their revenge like in M. R. James’ Lost Hearts. The game and its sequels are massively popular and have spawned a sub culture of fan fiction and videos – including the pretty direly animated short O’Connor links to at the end of her comment. A cursory glance at forum comments and the quality of the fan fic suggests its biggest fan base are early teens – older kids at school or college who’ll be trickling the vibe down to younger brothers and sisters.  What’s happened is that some kids have got hold of the game and it’s frightened the bejeezus out of them – hence Sinead O’Connor’s post.

Putting aside the stupidity of any parent not monitoring their kids internet use or letting them near a game like this (or Grand Theft Auto or Manhunt for that matter) this nascent moral panic does have all the hallmarks of a rerun of the horror comics/video nasties scandal of the 50s and 80s. Barker’s brilliant book characterises some of the key points: 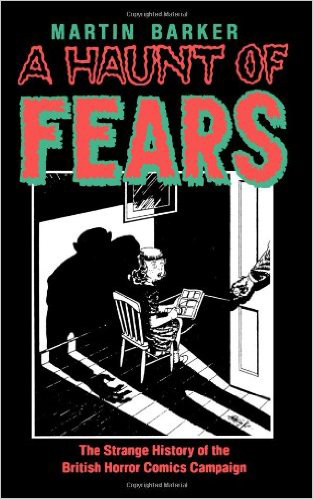 1) New technology is inherently dangerous, specifically for kids, and must be controlled or banned. The printed book, movies, videos, computers and the internet all fell into this category. I.T. is especially pernicious because of the persistent ‘digital native’ myth that young kids understand how to use computers to do dodgy things and the parents lack the technological know-how to stop them. The fact that these media are usually accessed alone, in the dark, with the bedroom door shut makes them all the more sinister. It’s the establishment fear of the uncontrollable that reached its apex with the Daily Mail Facebook Causes Cancer story.

2) A dark force from outside is coming to corrupt our children and there’s nothing we can do to stop it. In the 1950s the dark force was America – the US horror comics flooding into the UK were seen as part of an assault on the culture of a post-imperial nation overcome with insecurity. Our Britishness was disappearing under a tide of Hollywood movies, rock and roll and comics. One of the biggest champions of anti-comic legislation was the Communist Party of Great Britain who saw them as evil capitalist US imperialist propaganda. The same fear of US trash attacking our values manifested itself in the banning of Charlie Chaplin films in the colonies at the beginning of the 20th century because he poked fun at policemen and thus undermined authority. The trans-national and inherently subversive nature of the internet combined with its uncontrollability means it poses a threat to the powers that be who are entirely happy to push legislation to suppress it for ‘our sake and the sake of our children’. It’s interesting that O’Connor thinks that Five Nights is an internet game. It’s not – it’s an app that has to be paid for and downloaded, which again begs the question about how kids are accessing it without the knowledge of the people paying the bill.

3) Films/Videos/Comics/Games warp children and either drive them mad or cause them to commit dreadful crimes. They literally become possessed because Five Nights is addictive and ‘causes behavioural changes’. This debate has been all around the houses countless times and will never be resolved. The vast majority of people who play computer games don’t got out and murder people and despite endless research no causal link has been found between one specific type of media and crime. Some games are very unpleasant. Some Shakespeare plays are very unpleasant. There is an element of snobbery here as well – popular culture is often seen as the entertainment of the less intelligent, the poorer and the more common who are unable to make the intellectual or moral judgements of their betters. No-one has called for Titus Andronicus to be banned as ‘sick filth’ despite people fainting in the audience.

Kids love scary dares and part of the appeal of the horror comics was to turn the page and see the terror despite not wanting to. It’s the developing brain teaching itself to manage risk and stress. Comics and games provide a safe platform for this, as does Dr Who. Having said that Five Nights at Freddy’s is resolutely not for eight year olds. Anyone letting a kid that age play it has only themselves to blame when they’re woken up by screaming at 3am. It won’t turn kids into murderers or damage them for life, any more than Tales from the Crypt did in the 1950s. There is far more genuinely vile and dangerous crap out on there on the internet that needs sorting, and Sinead O’Connor would be more helpful to parents by bringing her significant influence to bear on the truly dark regions of the web.