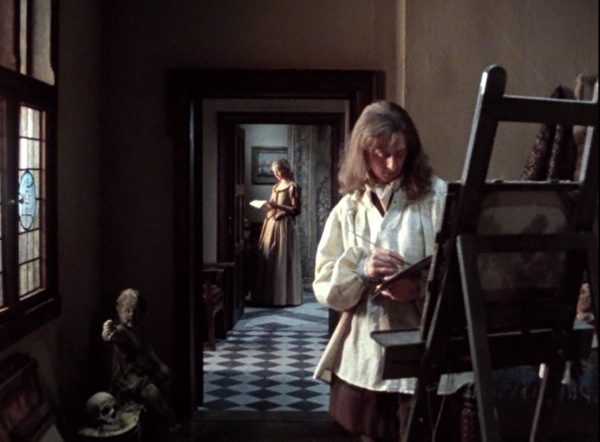 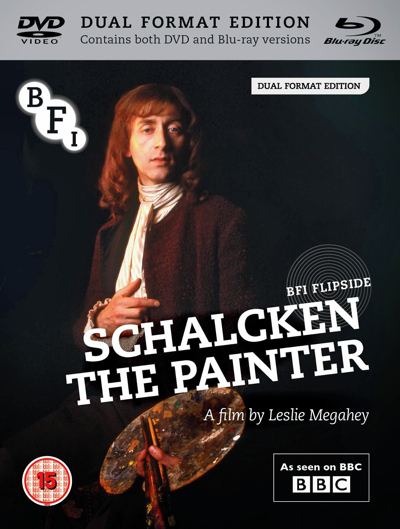 The history of British TV is littered with brilliant one-off series and TV programmes that appeared once or twice and then vanished, seemingly forever. John Hurt as Raskolnikov in Crime and Punishment (1979), Nigel Kneale’s horror series Beasts (1976) and the Bavarian film of Carmina Burana that appeared on screens over here in 1975 are three examples. Luckily the ones that weren’t erased to make way for Match of the Day or It’s a Knockout, (a fate that befell the BBC tapes of the Apollo 11 moon landing) are now re-appearing on DVD, including Leslie Megahey’s brilliant film of Sheridan Le Fanu’s Schalcken the Painter, released in November last year.

Periodically, and usually at Christmas, the BBC would have a crack at one or two ghost stories, often taken from classic writers like M. R. James, Dickens or Saki. In those days TV dramas were happy to go for the slow burn, coming up with many very creepy and effective tales. Unfortunately most were let down by the anti-climactic eek scene at the end. Writers like James and others, with their hinted-at terrors were hard to render visually and what was toe-curlingly horrible on paper ended up looking a bit feeble on screen. Jonathan Miller’s otherwise brilliant adaptation of Oh Whistle and I’ll Come to You My Lad (1968) is a case in point. It’s creepy, sinister and atmospheric right up to the point when the ghost appears and the monstrous half animal half humanoid creature running across the sands in the original turns into a chamois leather on a stick. Even though Schalcken the Painter suffers from this to a slight extent, the rest of the movie is incredibly sinister and stunningly beautiful to look at. It haunted me for years after I first watched it in 1979 and so I was delighted to see it re-released by the BFI.

The story is based on a painting by the real life Schalcken, a late 17th century Flemish painter. It shows a woman in a nightdress holding a candle while behind her a man makes to draw a sword against a shadowy assailant. Le Fanu’s story tells of the young painter’s apprenticeship under Gerard Dou, his unrequited love for the man’s niece, and the mysterious stranger who persuades the old man to let him marry the girl in exchange for an unheard of sum of gold, with fairly predictable results for anyone well-read in the genre.

The film is wonderfully atmospheric, not least because it is one long homage to the paintings of the era. Almost every shot evokes an image from the work of Vermeer, Rembrandt and, of course, both Dou and Schalcken themselves. The interior of Dou’s house is taken straight from such masterpieces as Vermeer’s The Music Lesson and The Art of Painting. The largely static camera work focusses on doorways set in walls at right angles to the lens so that you alternately see figures framed against panelling or at the end of corridors opening on chequer-floored rooms, with people (usually women) standing in the light falling from diamond paned and stained glass windows. Alternately the night scenes, lit by one or more candles, are essays in chiaroscuro. In one brilliant shot, a second long if that, a visitor looks back as he steps into the night and you realise it’s Rembrandt himself from his 1661 self-portrait, complete with white hat.

The tale is also rendered more effective by virtue of being almost entirely silent, with very little dialogue apart from the key scenes where Dou, his pupil and niece meet the stranger, and later when the niece briefly returns from her marriage. The rest of the time very little is said, which both adds to the evocation of a series of paintings, and the slow build up of tension. Charles Gray supplies the voice of the narrator, and an interesting commentary on the artist’s masterpieces. I particularly enjoyed Dou’s lessons to his pupils – “The Temptation of St Anthony, St Anthony, Temptation, Devils. You will imagine the devils. Begin,” is his advice after yanking a couple of models around a bit. Incidental music is kept to a minimum, so the sound effects themselves add to the brooding sense of impending horror. A single creak of a floorboard announces the arrival of the visitor, the sinister Vanderhausen.

The film is as much about greed and the treatment of women as disposal possessions as it is about the supernatural. The horror of the tale is equally derived from the casual way in which Dou disposes of his beautiful niece, sending her off to marry a man who is, to say the least, a bit unprepossessing. It’s clear from the scene where he joins the others for dinner that all is not well, not only does Vanderhausen not eat anything, he’s also a decidedly peculiar colour and stares at the niece through the entire repast. Like Daniel Radcliffe in The Woman in Black, you would have thought that Dou and Schalcken would be familiar enough with ghost stories to realise something was amiss, but Dou still cheerfully dispatches the wretched girl in exchange for a manky old chest full of gilders. Schalcken is a waste of space, doing nothing to prevent the marriage, throwing himself into his painting and eventually groping the servant girls or visiting the brothels of Rotterdam for a bit of consolation.

I won’t spoil it by describing the inevitable denouement. As I said before, these classic tales always ended up a bit wanting in the end, as clumsy special effects or trite endings undercut the build up of atmosphere. Schalcken the Painter manages to carry it off better than most and of all the classic ghost stories I’ve seen over the years this one has perhaps the strongest resonance. It’s perhaps not as laden with symbolism as the accompanying essay by Ben Hervey tries to make out, but it’s as unnerving to watch now as it was in 1979. As a classic ghost story, a tribute to later Flemish painting and a detailed evocation of how these old master’s worked it’s well worth a watch.

The DVD comes in standard and Blu-Ray format and can be bought from Amazon.co.uk here.