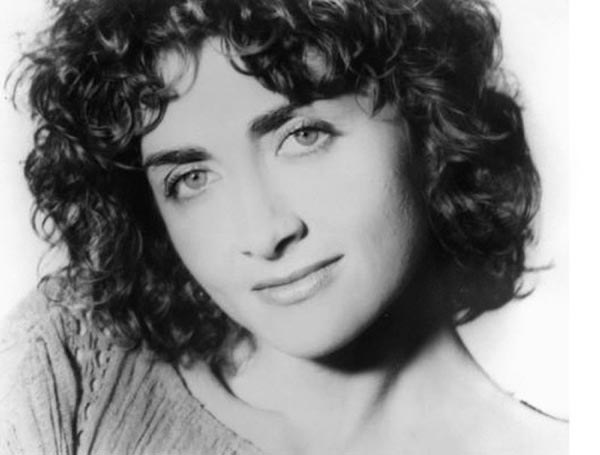 The last thing you probably wanted to be in 1978 was a hippy folk singer with a single about love and light complete with Hawaiian chorus. To be fair, Sally Oldfield’s Mirrors stayed in the UK music charts for thirteen weeks, but along with her brother Mike she ended up trampled Bambi-like under the foot of the Punk Godzilla. What most people don’t know is that there are three Oldfields, Mike the famous one (Tubular Bells), his sister Sally, and Terry – all musicians. Terry Oldfield is perhaps the most consistently prolific, under the New World Music label, but as his music is relentlessly of the Meditation for Wellness and Balance genre you’re unlikely to find him outside the ambient music CD rack in your local garden center, sandwiched between the home-made fudge and the Laura Ashley secateurs.

As soon as Tubular Bells appeared Sally Oldfield was doomed ever-after to be in the shadow of her brother, Mike, which is a shame because her music and voice always suggested great potential. In fact she was the one who dragged her younger brother out of the house, stuck a kaftan on him and made him play guitar and sing vocals in their duo band Sallyangie. They released one album in 1968, Children of the Sun and then went their separate ways. Most of the songs are best described as ‘of their time’. Yet not only is this early Sally a very good singer, (and a lot better than her brother) but, ironically, she was working with the kind of music that served her best – simple guitar arrangements that allowed her voice to move to centre-stage, with its impressive range and characteristic warble.

Mike Oldfield’s autobiography Changeling describes a family life dominated by his mother’s tragic descent into alcoholism, a process that obviously left neither he nor his sister unscathed. His early musical career was hampered by extreme anxiety and the suggestion of borderline Asperger’s syndrome. Sally Oldfield also linked her own creativity with trauma, catharsis and ‘healing’. The signature riff she sings in Mirrors apparently emerged from a bout of frustrated screaming following a split-up with her then boyfriend. In later years, as her musical career waned, she flitted back and forth from one false-start project to another, at one point thinking of going into telephone spiritual counselling. In 2001 she wrote an article about her own struggle with chronic fatigue syndrome. 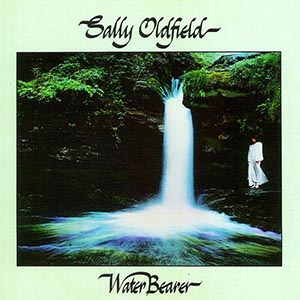 As far as Sally Oldfield’s musical career was concerned, after the single Mirrors, and her debut album Waterbearer, she struggled to make headway in Post-Punk Britain, eventually moving to Germany and releasing a series of interesting, if unremarkable, albums which didn’t make it very far beyond Europe. At the same time she continued to contribute vocals to albums by her brother Mike, Steve Hackett, Pekka Pohjala and others. Her voice is instantly recognisable, and her pieces infinitely more interesting than Maggie Reilly’s or Maddy Prior’s who were also regulars on Mike’s albums. Interestingly enough, in his biography Mike alludes to the fact that his fame made their relationship uneasy – and it kind of begs the question as to why a multi-millionaire brother raking it in and living in a huge villa on the Mediterranean didn’t do more to help a sister who, in her final couple of albums, looked like she was composing her works in a converted broom cupboard at home. 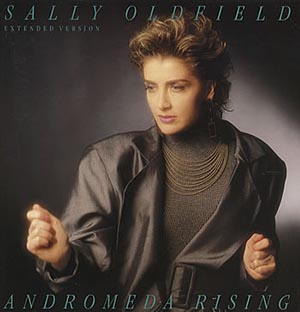 In many ways I find Sally Oldfield a very frustrating musician to listen to. The basic issue I have is that so much of her work is over-engineered. It’s hard to tell whether this is either from the influence of her brother’s massively intricate pieces, or even in reaction to their layered complexity, but most of her songs after Waterbearer suffer from too many effects, instrumentation and tricky coloratura, which ends up drowning her best asset – her unadorned voice. When she just accompanied herself with a guitar or piano she was capable of producing some achingly beautiful pieces, such as One Being or Fire and Honey, and yet she wasted a lot of her time on massively over-produced numbers such as a frankly bizarre reggae version of William Blake’s Tiger Tiger.

Of the three Oldfields Sally is perhaps the most musically interesting. By his own admission, everything after Tubular Bells has been downhill for Mike and his later work rarely shifts beyond pretty generic Euro-electronic pop. Terry has captured the shakuhachi, waterfall and aromatherapy market and is clearly happy in the role of New Age guru. Sally’s music is a tapestry of false starts and experimentation spattered with occasional bursts of simple brilliance. Sadly it looks as though we’ll hear no new music from her – the last new album – Flaming Star – was 15 years ago and her forum and website have been dead for years. Even so, if you want to hear her at her best, then the debut album Waterbearer is well worth a listen.