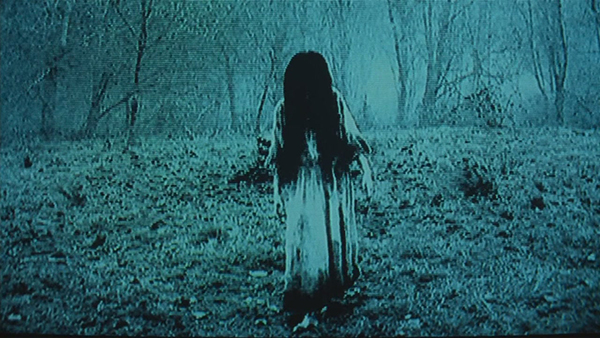 When Hideo Nakata’s Ring came out in 1998, followed by Ring 2 in 1999 – they looked like groundbreaking Japanese horror movies. The Japanese film industry is, on the whole, very conservative and tight-fisted, relying on endless low-budget formula comedies and soaps. Yet once in a while a director will come along and produced interesting and powerful movies – whether they’re the elegaic gangster tales directed by Takeshi Kitano, or seriously creepy tales of psychological terror – which Hideo Nakata excelled at with the Ring series and, later, Dark Water (2002).

Yet what is most interesting about this sudden explosion of Japanese horror films, is that they are grounded in very traditional, historical Japanese culture. The setting may be modern-day urban Tokyo, and the idea that a cursed video doing the rounds of teenage society is causing them to literally die of fear in mysterious circumstances is a very 90s trope. But behind lie a couple of premises that are about as old-fashioned as you can get.

The first comes direct from Buddhism and concerns the ‘Angry Ghosts’ who accumulated so much bad karma when alive that they are reborn as vengeful spirits. Typically they come back to haunt the living until a handy priest helps them shake off their suffering and achieve enlightenment. Just about every other play from the medieval Noh theatre tells this story. For example, in The Burden of Love (Koi no Omoni) one of the Emperor’s consorts tells an old gardner she’ll love him if he carries an impossibly heavy parcel round the garden. He tries, fails, and drops dead. In the second half of the play his vengeful ghost, tormented by attachment to his love, appears before the consort and gives her a serious telling off. At last, through the woman’s remorseful prayers, he is released from his suffering and attains enlightenment.

So Sadako the ghost emerging from the telly in Ring is essentially an Angry Ghost straight out of Buddhism, complete with the long black hair and droopy hands of spirits as portrayed on the stage and in scrolls and prints since the 15th century. Having being done wrong by those around her, and accumulating a ton of resentful malice, she comes back to the world to vent her despair on those still living.

The other theme in Japanese traditional culture that manifests itself in Ring is that of the woman who, having had quite enough, transforms into a raging demon. The absurd social constraints and expectations placed on Japanese women throughout the country’s history (right up to the modern day) has meant that the literary or dramatic device of a woman finally snapping, and turning into a monster to wreak havoc, is shot through all the arts. She is both a figure of dread and horror to men (in the Noh theatre she becomes the horned baby-eating demon Hanya), and the object of sneaky vicarious admiration for women. Sadako, the oppressed and bullied weirdo with special powers gradually morphs into an anti-heroine popping up on a regular basis to shake things up a bit. Like the sight of Godzilla stamping Tokyo flat, her eruption into a modern Japanese society both rigidly constrained, and creaking at the seams as it becomes increasingly uneasy about itself, is cathartic to Japanese viewers – especially women of a certain age. 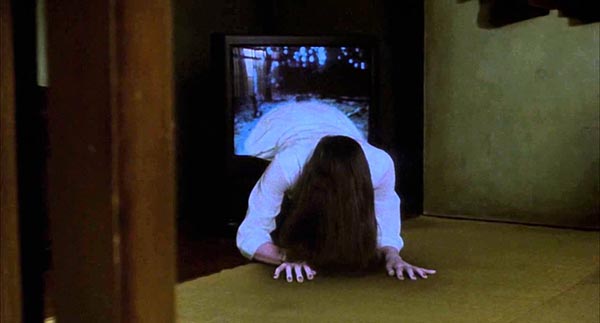 Ring and Ring 2 are both worth watching in the original Japanese versions. Dark Water, which I’ll talk about at a later date, also treats with the theme of the vengeful ghost, this time wrapped up in anxieties about the breakdown of the family in modern Japan. For an earlier and just as interesting take on these themes, check out the movie Kwaidan (1964), a portmanteau of four stories by Lafcadio Hearn. In the brilliant tale ‘Hoichi the Earless’ an entire clan of Angry Ghosts roll up to have a protracted whinge at the eponymous Buddhist monk.