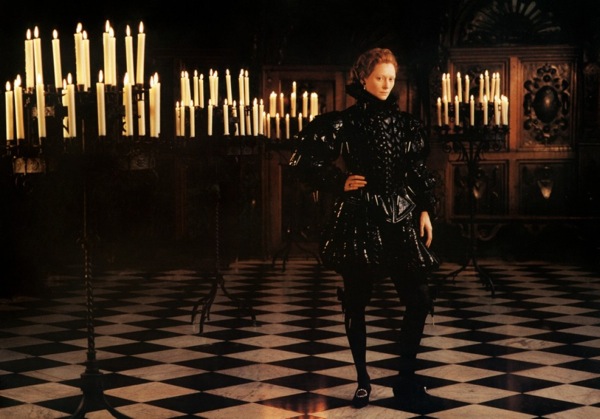 I’m delighted that Sally Potter’s film Orlando, based on the book by Virginia Woolf, is now available on iTunes. Orlando is one of those books that falls into the category of ‘literature therefore not science fiction’ that’s invented by snobs every time a science fiction/fantasy book by a renowned writer pops into view. Kingsley Amis reputedly penned the rhyme “SF’s no good!” they holler ’til we’re deaf. But this is good! Well then, it’s not SF!” which pretty well sums up the sneery attitude of the literary establishment towards the genre. In fact pompous critics will jump through all sorts of semantic hoops to keep beloved literature free from the taint of SF, even if the book’s set in the future and has bloody rockets and robots in it. Therefore Brave New World and 1984 are ‘political novels’, as is The Handmaid’s Tale. J.G. Ballard’s science fiction disappeared off the shelves overnight as soon as Spielberg’s Empire of the Sun marked him out as a ‘proper author’. The whole lot re-appeared the next morning at the opposite end of the bookshop between Austen and Baudelaire with ‘SF’ scribbled out and ‘Modern Literature’ written on the spines in biro. I never forget seeing, in 1985, a renowned academic lauding the Women’s Press edition of Joanna Russ’s The Female Man (Nebula Award nominee 1975) as a breakthrough type of writing.

Anyway, rant over. Orlando is about a man who lives through four centuries and turns into a woman halfway through, so it’s fantasy. So there. 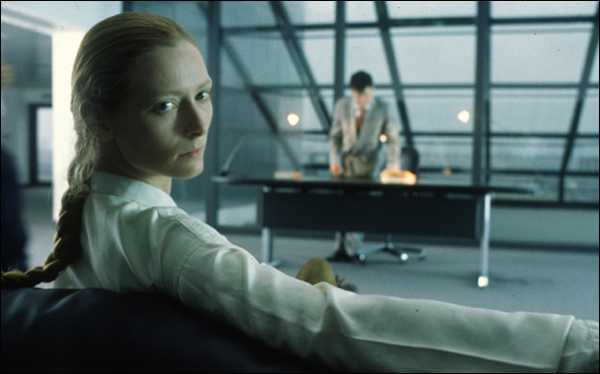 Sally Potter’s film is beautiful to behold. Tilda Swinton plays the lead, Orlando, who begins as an androgynous Elizabethan young man adopted as a favourite by Elizabeth I. The Queen tells Orlando he must live forever, and so he does. We see episodes from his life in Jacobean times, (including his tragic love affair with a Russian princess) and at the start of the eighteenth century when, after an injury in Constantinople he wakes up as a woman. She then spends the next 250 years battling against misogynist prejudice that regards her sex as inferior and powerless both legally and socially. Having lost the estate given to her by Elizabeth I she ends up as a quirky writer in Thatcher’s Britain, revisiting her old home which is now a National Trust property full of Japanese tourists and, rather oddly, covered in white dust sheets. 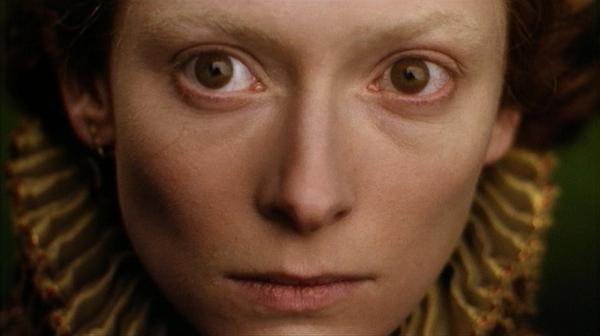 The photography is stunning, as is the depiction of each of the successive ages that Orlando passes through. Tilda Swinton has the striking combination of porcelain beauty with the ability to convey feeling with great subtlety. Having cut her acting teeth in Derek Jarman’s avant garde films of the 1970s she’s perfectly pitched to carry the main role through several centuries and both sexes, combining a sense of vulnerability with a sense of great poise and self-control. My favourite scene is the one where she confronts Jonathan Swift and Alexander Pope regarding their appalling views on women. On the few occasions when she looks directly at the camera it’s a real shock and, in the last few seconds of the film, completely hypnotic.

Sally Potter compounded the theme of sexual identity with a couple of intriguing casting decisions. Queen Elizabeth I is played by the writer and critic Quentin Crisp, author of the famous biography The Naked Civil Servant (and inspiration for Sting’s song ‘An Englishman in New York‘). Jimmy Somerville, lead singer of Bronski Beat renowned for his remarkable falsetto voice (and later, The Communards), plays a singer who greets the Queen as she arrives at Orlando’s home for a banquet. He pops up again as an angel floating above the trees in the final scene. For those old enough to remember, Bronski Beat were perhaps the first band to deal with gay issues seriously in the post-punk music world of the early 80s (as opposed to the 1970s camp stereotypes of Village People).

Orlando is a wonderful film, memorable for its beautiful photography and a stunning performance by Tilda Swinton. It’s not Total Recall, but it’s very definitely SF/Fantasy in my books.