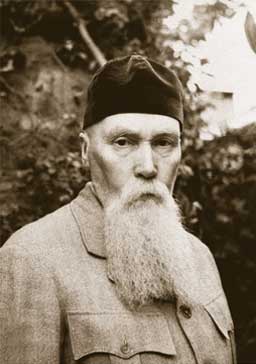 When I was in Moscow I got the chance to visit the Nicholas Roerich Art Museum. Roerich lived in the early half of the twentieth century and was part of a movement that revolutionised Russian painting. He was keenly interested in spiritualism and tried to found a new religion for the 20th century based on a combination of Western and Eastern faiths.

Russian art from the time of Peter the Great was pretty much in thrall to the salons of Europe. With the young Tsar’s reforms anything traditionally Russian was sneered at as backwards and medieval, compared to the Enlightenment sophistication of the West. The Russian aristocracy spoke French, as can be seen at the start of Tolstoy’s War and Peace. Not surprisingly Napoleon’s invasion seriously dented Russia’s love affair with Parisian sophistication and, with the rise of nationalism in 19th century Europe, Russian writers and artists started to turn to their own traditions for inspiration. 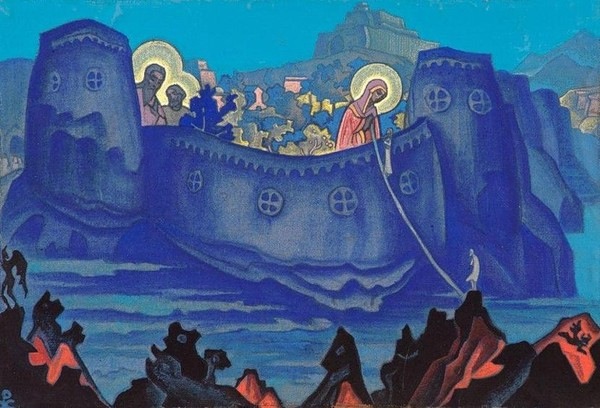 Like the British Pre-Raphaelites, Russian artists started to explore their own medieval and ancient past. The Slavophile “Wanderers” were a Moscow based art collective who not only set about rediscovering ancient arts and crafts (building furniture and the occasional church), but also linked these to social reforms. In St Petersburg painters, writers and musicians gathered around the new Symbolist magazine World of Art. One of these was Nicholas Roerich who, after befriending both Diaghilev and Stravinsky, designed the sets for the dangerously primitivist ballet The Rite of Spring, which famously caused a riot on its first performance in (of all places) Paris in 1913. 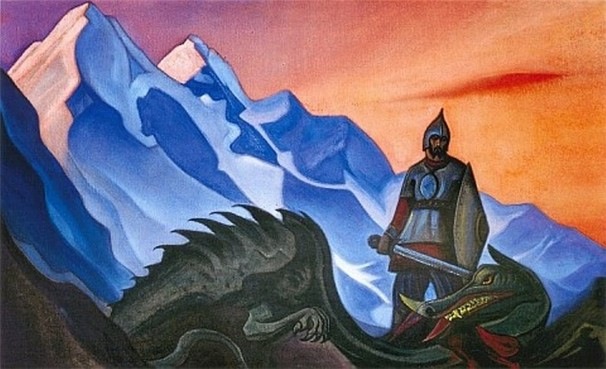 Roerich was obsessed with ancient myths and legends. In the late 1920s he went on an expedition to Tibet and Asia. By now, steeped in eldritch ideas (under the influence of the wonderfully barmy Madam Blavatsky and her Theosophical Society) he’d created a new pantheistic ethical religion, dressed himself in prophetic robes and published numerous pamphlets on the coming spiritual dawn, when all beliefs would re-unite. 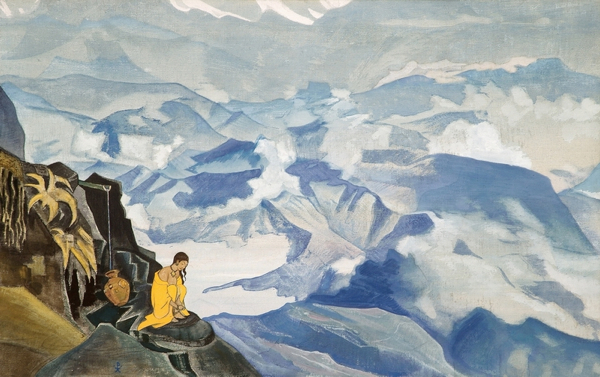 Roerich’s paintings are mentioned in H. P. Lovecraft’s At the Mountains of Madness (1931), where they are described as ‘disturbing’. They are, in fact, both beautiful and astonishing, especially the canvases he produced during and after his expedition. They often show lone figures from Slavic, Indian and Asian mythologies standing in dramatic wastelands, illustrating key events from legends. Even though many of his pictures are simple and primitivist his portrayal of light is stunning, especially in his mountainscapes. Like most Symbolist paintings they are evocative, relying on mood for effect, rather than obvious imagery or narrative. They do have a hint of Lovecraft or Clark Ashton Smith about them, and in overall composition and colour schemes they remind me of Bruce Pennington’s artwork. 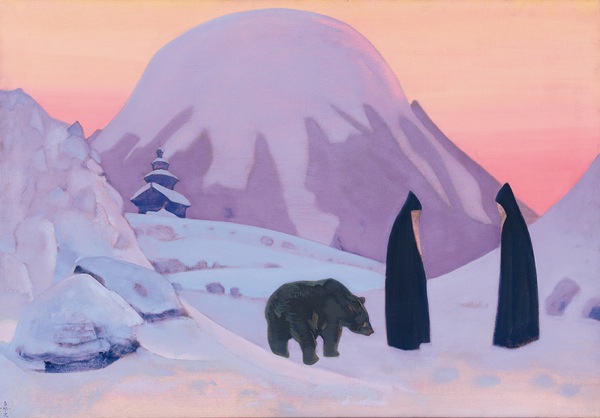 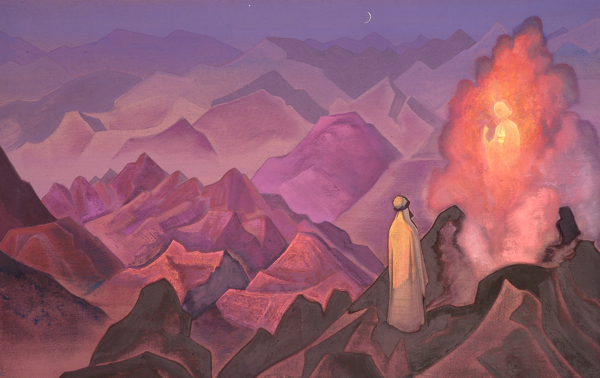