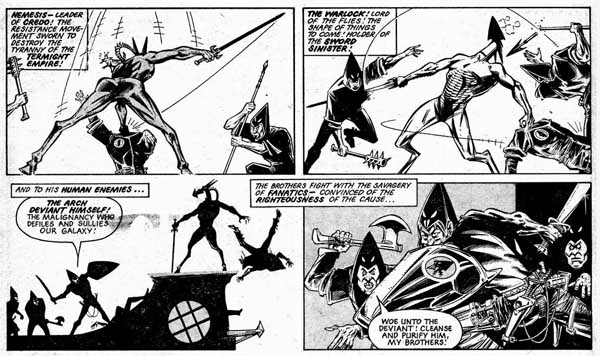 In the mid 1980s England was ruled by a right wing conservative government under Margaret Thatcher. Like Cameron’s Tories and New Labour under Blair they espoused the values of liberty and justice while simultaneously suppressing free speech and clamping down on Trade Union rights and minorities. It was the first time in the 20th century that a British government had deliberately divided the population using ‘Them and Us’ rhetoric. In the wake of the Falklands War Thatcher famously referred to striking miners as ‘The Enemy Within’, an Orwellian divide and conquer strategy used by every oppressive government since the dawn of time. With the trade unions on the run, and traditional socialist opposition in tatters there emerged a new politics of dissidence. Essentially if you create a Them and Us mentality in society and label Them as ‘deviants’ and ‘outsiders’ they, more often than not, will respond with ‘Wahay’ and then set about exposing the cracks in the dominant world picture by making lots of noise. The new discourses of protest coalesced around feminism, LGBT movements and the politics of race, which moved in to fill the gap left by the disappearance of traditional union-based protest against Thatcherite capitalism and all its ills. 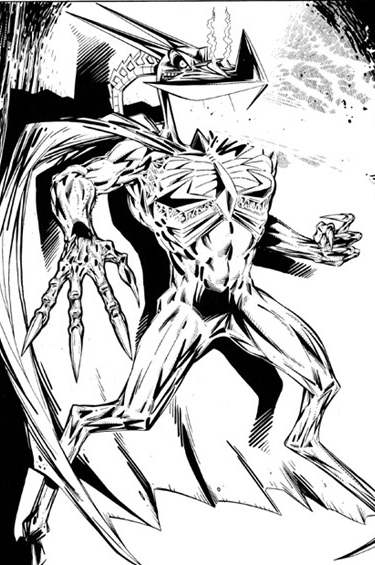 At this time the comic 2000AD was at the height of its popularity. 2000AD grew out of an earlier comic called Action, which itself had created controversy with its brutal, anti-authoritarian story lines and sparked a brief moral outrage similar to the Horror Comics panic of the 1950s. The main character in 2000AD was Judge Dredd, but perhaps the strip that most closely captured the spirit of the times in Thatcher’s Britain was Nemesis the Warlock, written by Pat Mills and Kevin O’Neill. The first strip was based directly on the song ‘Going Underground‘ by The Jam, and described the anarchic alien rebel Nemesis being chased through a transit system on a future Earth ruled by the fascist overlord Torquemada and his hooded minions. Subsequent tales made it absolutely clear that the Grand Master Torquemada’s fascist state was the direct outcome of Thatcherism. In one episode the villain channels for previous rulers like himself, including the leader of a British right wing government in the late twentieth century. The essential creed of Torquemada’s state is one of racial and ideological purity, combined with eternal vigilance. His code is summed up by ‘Be Pure, Be Vigilant, Behave’. By definition all non-human aliens are deviants who must be expunged from the galaxy. Nemesis, the demonic alien, leads the resistance against the forces of Torquemada, a battle that played out through ever-increasingly complex story lines. 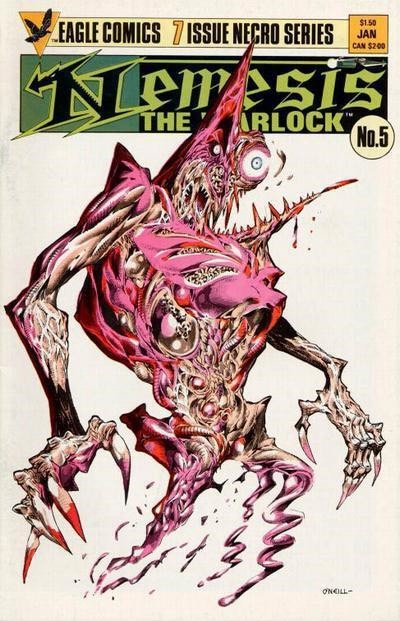 The main difference between the comic strips in 2000AD and those of, say, Marvel, was the constant current of Pythonesque humour that ran through the stories. Nemesis the Warlock is often very funny, with constant in-jokes and references to the joys of living in 1980s Britain. “Here comes my nineteenth nervous breakdown” says one citizen staring out of the window in the giant planet city of Termight. The style of the series became more extreme and violent as it progressed. Kevin O’Neill really went to town on Torquemada himself, often illustrating him surreal, hysterical detail that added to the overall feverish quality of the strip. The series finished in 1989, with a sequel volume appearing in 1999.

The 80s Indie band Shriekback were huge fans of 2000AD, especially Nemesis the Warlock. Their album Oil and Gold alternates between belting post-punk anthems to reptilian evolution, anarchy and decadence, and eerie ballads describing a post-apocalyptic wasteland. “Shameful and naked, out there in the great cold outdoors we have to learn these things again” are the lyrics to the haunting track ‘Faded Flowers’. The single ‘Nemesis’ is a direct tribute to Nemesis the Warlock, with its bizarre refrain “Big Black Nemesis, Parthenogenesis, no-one move a muscle as the dead come home.” In the video to the song you can see Nemesis the Warlock himself hovering in the shadows at the back. 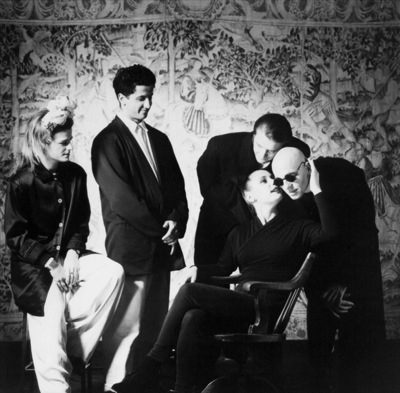 You can view the video for Shriekback’s Nemesis on YouTube

The complete Nemesis the Warlock series is available from Rebellion in three volumes, though sadly the first one appears to be out of print.