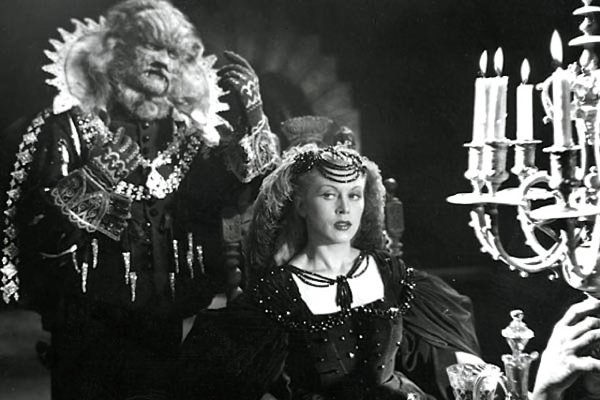 Think Beauty and the Beast and the first images that spring to mind will probably come from the 1991 Disney film and subsequent stage shows. All good stuff and a few rollicking tunes to boot. However the best version, to my mind, is the earlier French film La Belle et La Bête, made in 1946 by the artist, poet and director Jean Cocteau. It is one of the most visually stunning and beautiful films I’ve seen. In terms of composition it comes a close second to Eisenstein’s best work in Ivan the Terrible. 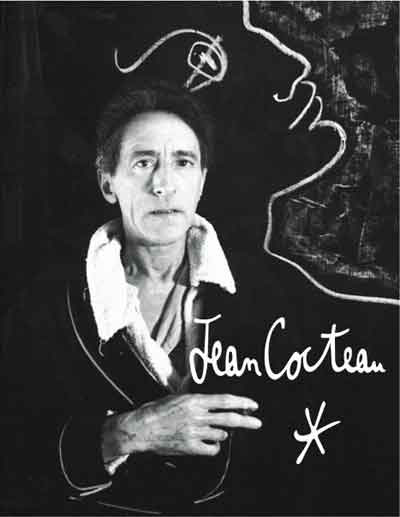 Cocteau was one of the key personalities in the development of early European art and cinema. He seemed to know everyone and his later films read like a who’s who of the avant garde; Pablo and Paloma Picasso, the chanteuse Juliet Greco, even Yul Bryner makes an appearance as a butler to the goddess Pallas Athena in the frankly bizarre Testament d’Orphée (1960). Cocteau’s first film was the surrealist short Le Sange d’un Poète (Blood of a Poet), made in 1930. It’s very close in spirit to the classic Dali and Buñuel film Un Chien Andalou, released the year before. Cocteau’s film is full of Freudian puns and dream images and even at a mere 55 mins it’s a bit of a struggle to get through.

By comparison La Belle et la Bête is a completely straightforward retelling of the original fairy story. What makes the film stunning is the visual feel, the incredible attention to detail and the range of impressive effects that Cocteau managed to achieve with the simplest of techniques. The photography is beautifully atmospheric, alternating between dark Gothic sets and external pastoral scenes that seem to have been modelled on the paintings of the 17th century French painter Claude Lorrain. 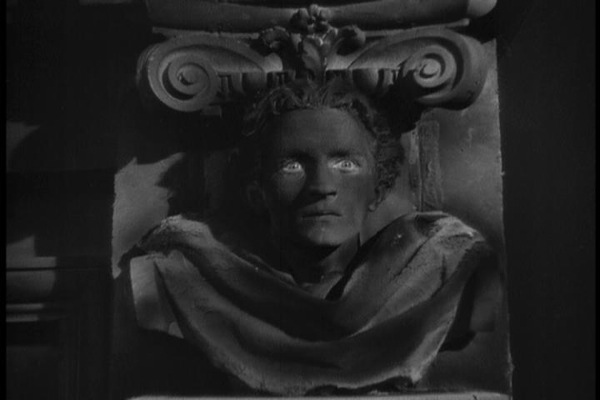 The inside of the Beast’s castle is a tour de force of the imagination. Disembodied arms hold candelabra, or serve Belle’s father at dinner. Statues open their eyes and track Belle as she marches back and forth in front of the fire. Smoke comes out of their noses, an effect achieved by giving the poor actors cemented into the fireplace a quick drag on a Gauloises before the camera rolled. These constant little details build up to a wonderfully rich sense of sinister magic, and they feed off each other to the point where the obvious trick photography becomes invisible, because the whole film is so beautifully persuasive. Two of my favourite little incidents are when the Beast first appears, and his eyes flash for a few seconds, and later, in a scene when he is showing Belle around the garden of his ruined chateau. He hears a deer in the distance and his ears wiggle like a cat’s. This effect was achieved by nothing more technical than someone poking them from behind with a stick. 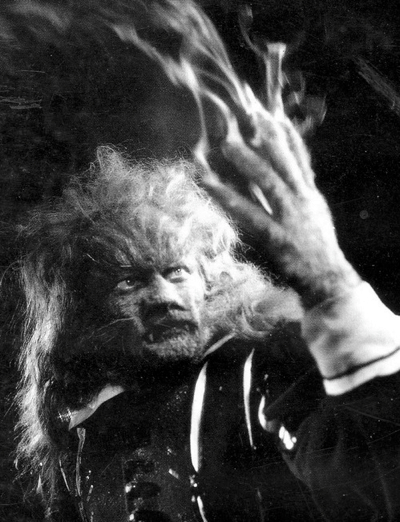 The film is dominated by the Beast, played by the actor Jean Marais, who was also Cocteau’s lover. His make-up and costume are stunning, and he brings to the role a dignity and sophistication that makes all subsequent interpretations seem heavy-handed. Admittedly it’s a very literary interpretation, based on the mid-18th century version of the tale, and at times the exchanges between Beauty and the Beast sound like a very odd version of Pride and Prejudice. Not surprisingly, when he finally turns into the handsome prince the spangly hairdresser that takes the place of the tormented creature before is a bit of a disappointment. Marais also doubled as the villain of the film, Avenant, Belle’s other suitor. Marais was certainly a dedicated actor, cheerfully allowing himself to be shot with arrows, attacked by swans and liberally sprinkled with dodgy chemicals so that he appeared to smoke with the blood of his victims. 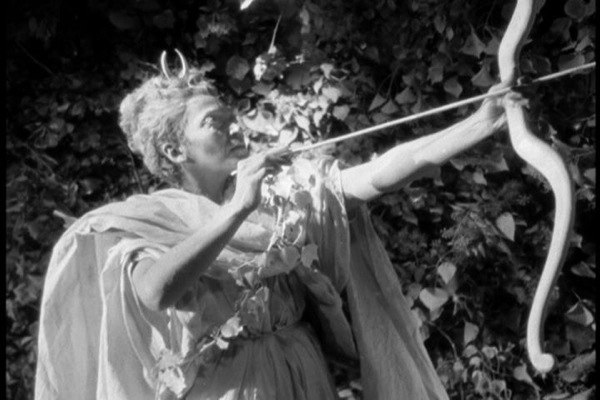 La Belle et La Bete was one of the first films to appear internationally after the end of World War II, along with Kurosawa’s ground breaking Rashomon and Ivan the Terrible. With the cessation of hostilities a flood of fascinating works by foreign directors started to pop up in avant garde cinemas throughout world and they had an immense influence on artists, writers and film makers. Cocteau’s later masterpiece, Orphèe, was closer in spirit to Le Sange d’un Poète. I want to write about it at a later date, but essentially it retold the story of Orpheus set in 1950s France. His last film, Testament d’Orphée,  saw a return to the obscure mixture of classicism and off-beat French philosophy and is markedly more self-indulgent, though with a few flashes of genius. 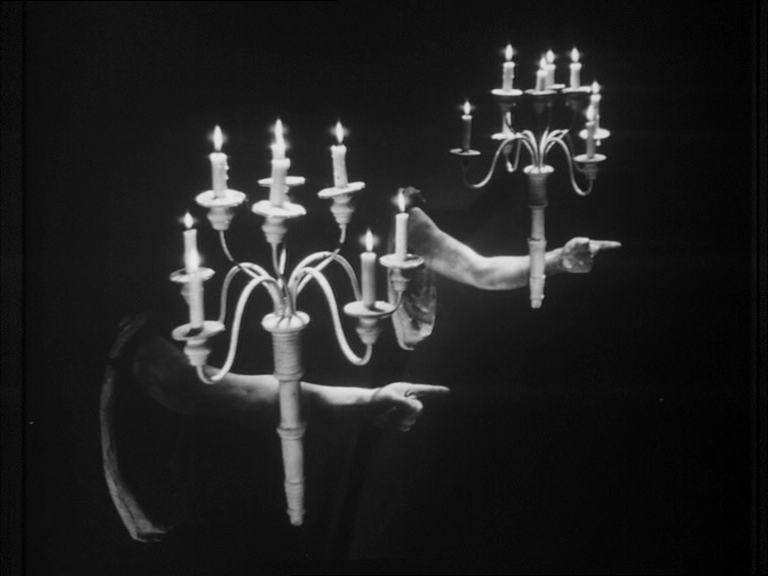 La Belle et la Bete is available on Amazon as a BFI DVD.

Jean Cocteau’s diary of the making of the film, interspersed with a Kenneth Williams’-esque description of his various ailments while directing, was published by Dover in 1972 but is sadly out of print.