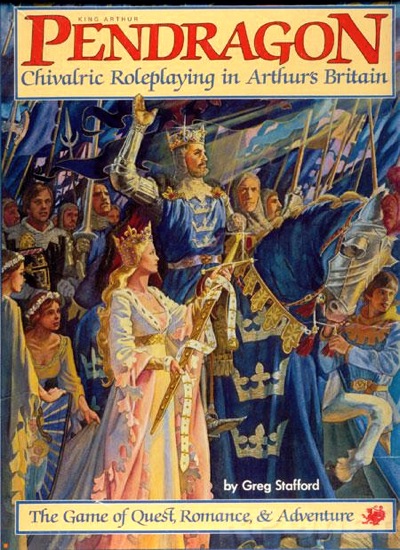 Dungeons and Dragons came out in 1974 and a couple of years later I gave in and bought a set for the then extortionate sum of £6.99. It came in a little white box with illustrations done in biro. I hadn’t bothered to check whether it could be played solitaire (which it clearly couldn’t) but I eventually tracked down another interested gamer and we spent a good few Sundays sending each other through rudimentary dungeon crawls. Even though we had nothing but pen and paper and our imaginations (there were certainly no polyhedral dice in North Yorkshire) it was huge fun.

Later I graduated to Chaosium’s Call of Cthulhu. It was a lot more sophisticated and interesting, especially for a H. P. Lovecraft fan. Instead of dungeons improbably filled with generic fantasy monsters, your characters investigated mysteries in the 1920s, inevitably stumbling across some awful sanity-wrecking horror at the end of the game that either ate them or sent them mad – usually both. I even managed to persuade a couple of friends at Scotland Yard to give it a go in the evenings after work, sitting in a darkened room near the police crime-solving computer HOLMES – (Home Office Large Major Enquiry System – I kid you not).

The late 1970s and 80s were boom years for board and paper-based role playing games, so much so that Virgin, the major music retailer in the UK at the time, opened its own chain of game shops, including a two-story outlet on Oxford Street in London. Ian Livingstone and Steve Jackson, authors of the massively popular Fighting Fantasy Gamebooks, ran the company Games Workshop which, at that time, imported or reprinted major game titles from the US, including Runequest, Call of Cthulhu and Traveller. 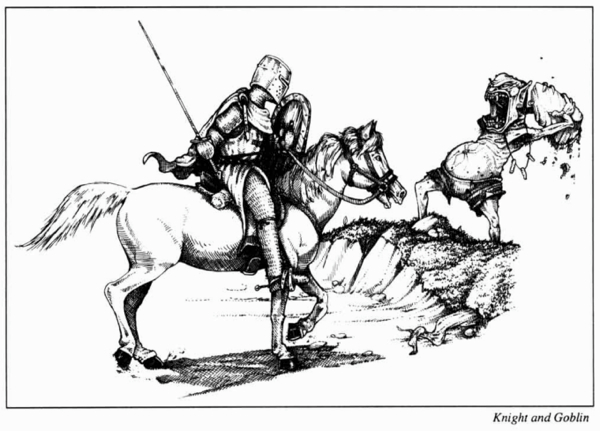 The decline in paper-based RPGs in the 1990s was perhaps inevitable as computer games became more sophisticated, and more able to recreate the richness of the live experience. Nowadays it’s hard to argue against the immersive power of titles like Skyrim or L.A. Noire. Yet I think that the picture is more complex than that. There were another couple of factors that contributed to the decline in the industry, certainly in the UK. To begin with Games Workshop switched to being an exclusive outlet for its own games and miniatures, targeting a younger audience rather than older gamers coming from an SF or fantasy fan background. Their magazine, White Dwarf, had existed as a portal to the US gaming world, running reviews and articles on all the titles available. Now it was nothing more than an expensive monthly catalogue for Spiky Chaos Toys, and the trickle of information and imports from across the sea dried up. Virgin Games shut up shop (it’s now the gambling arm of the Virgin Group) and only a handful of indie retailers remained, little run-down stores at the end of dingy streets slowly going out of business.

The other problem was one that I think has bedevilled the role playing games industry. The companies all got too big, swamping the market with supplements, expansion packs, card games to cash in on the popularity of Magic: The Gathering etc. etc. In producing thousands of pre-written adventures in rigidly defined worlds they took away the essential component that made the early versions of their games so attractive – the player’s imagination. Eventually their own markets became saturated and they collapsed in upon themselves. Many companies, like Chaosium, are a shadow of what they once were.

The last paper-based RPG I ever played was King Arthur Pendragon, a game that’s generally held to be one of (if not the) best role playing games ever. In its original version it had a level of sophistication and literariness that others rarely matched. The game had the players assume the characters of knights in the world of King Arthur, and set out on quests and adventures in the mythical realms described by Thomas Malory, the Mabinogion and Chrétien de Troyes. The beauty of the game lay in its attempt to recreate the whole literary ethos of the Arthurian Romance. 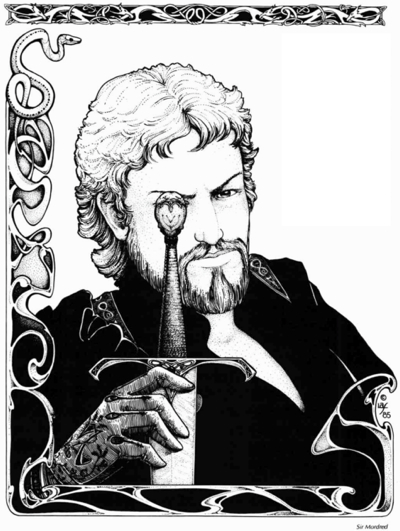 Sir Mordred having a bit of a seethe

There had been previous attempts at medieval RPGS, most notably Chivalry and Sorcery. This mammoth tome consisted of little more than thousands of random tables. Creating a character could take days and the luck of the dice might end up with you running a pig farmer with a touch of leprosy as your game persona – reducing your chance of adventure somewhat.  In D&D you could create knights, but they were just fighters in plate armour going off to belt the same monsters underground or in the wilderness. King Arthur Pendragon had you create characters with the motivations, feelings and attitudes of the heroes and damsels in the original tales. One way it did this was through personality traits, which were made up of medieval vices and virtues (Chaste vs. Lustful, Just vs Arbitrary, Merciful vs Cruel etc.). These were opposed so that if one went up, its opposite went down.

To give a very simple example; your knight, riding through the an ensorcelled forest, meets a beautiful enchantress who tries to seduce him. He checks against his Chaste vs Lustful scores, and if Lust wins off he goes to her bower for a perilous dalliance. Too much of this and his Lustful score will go up, and his Chaste go down. Similarly characters developed Passions, usually those of unrequited love for someone else’s wife. The adventures in the game were built around the interplay of these traits and passions, making them strongly character-driven and recreating the atmosphere of the original romances with great effect. A knight’s passion may tip him over the edge, and your character might end up doing a Lancelot, tearing all his clothes off and running into the forest to live as a wild man, ‘that ever ran wild wood from place to place, and lived by fruit and such as he might get’ etc. 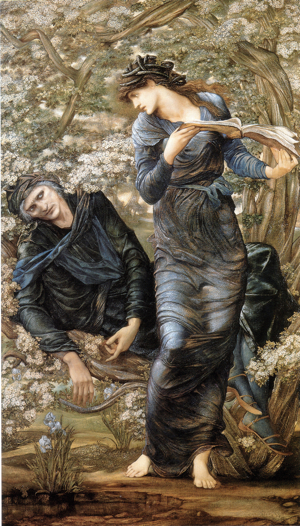 The Beguiling of Merlin – Edward Burne-Jones (1877)

It was a beautiful system, and great fun to play. The overall atmosphere the game’s designer (Greg Stafford) was clearly aiming for was that of John Boorman’s Excalibur. You did need to have a reasonable knowledge of the literature behind it, as well as medieval history, to get the most out of the game. Medieval romance, as in real life, was largely obsessed with land and inheritance, and unless you knew what was happening the game’s emphasis on fiefs, family and the feudal system could feel constrained (and confusing – Open Agnatic, Gavelkind or Semi-Salic inheritance anyone?). On the other hand it was a very atmospheric RPG. In the original, Enchantment, rather than Magic, was the order of the day, the result of subtle interplays between the Realm of Faerie and the World of Man. The down-side of the game was that it was inevitably sexist, unless you played against the genre. Women in the original tales flopped about in bowers and enchanted towers doing not a lot, so female players had to play men if they actually wanted to do anything – there were no Brienne of Tarth amazons in medieval tales, though many in real life. Players used to the freedom enjoyed by characters in other games sometimes baulked at the fact that a roll of the dice could determine who jumped in bed with who, or took umbrage at another’s comment about the beauty of his destrier.

Inevitably King Arthur Pendragon went the way of the other games. To keep making money you have to keep providing content – so supplements and additions followed, and major rule changes that pushed the system closer to a generic D&D style framework. The most controversial was the temporary introduction of magic characters in the 4th edition – which undermined the idea that subtle Enchantment and Glamour formed the background to the supernatural, rather than players racking up arsenals of powerful spells. 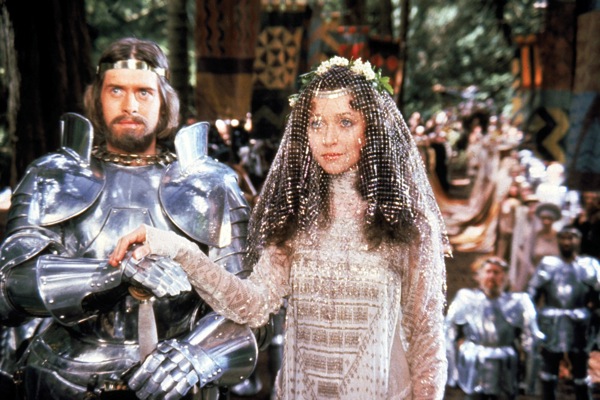 For me and many others the game represented the pinnacle of RPG systems. It was hugely influential – Paradox’s award-winning medieval strategy game Crusader Kings II uses a similar traits and passions system for its characters to great effect. Unfortunately it was never as popular as Call of Cthulhu or D&D. Chaosium dropped it when they almost went bust in 1998 and it was briefly picked up by Green Knight Publishing and then White Wolf. The current status is unclear, but Greg Stafford’s own tribute site states that many of the books can be bought from DrivethruRPG. I no longer have the time or inclination to bury myself in RPGs, but if you play them then King Arthur Pendragon was the best.