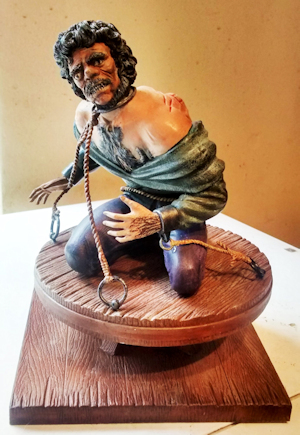 This week’s post is an interview with the owner of It Figures Models, Siobhan Marshall-Jones. It’s fascinated me how, in this era of computer games, Virtual Reality and 3D, actual modelling seems to be on an upsurge. What brought it home to me more than anything else was the changes I saw in the Akihabara district in Tokyo in the first decade of the 21st century. What once used to be technology city transformed itself into a fantasy model, figure and cosplay hub, electronic gadgets giving way to macquettes and dioramas covering just about every fantasy/SF character and situation. Elsewhere more and more people are building and painting kits, especially re-issues of the old Aurora Monsters line. Some, like Siobhan are looking to turn a passion into a business. Here she explains the motivation and process behind her own outfit:

Can you start by telling us a little bit about It Figures Models – what kind of figures you cover, and in particular what interests you most. I notice you’ve done quite a range – historical busts, fantasy figures and a couple of classic Aurora kits. How do you choose which to do next?

It Figures Models is essentially a service for those people who love the models but either don’t have the time, the inclination, or the skills to make them. I’ve been making models intermittently throughout my life, but it was a case of finding a subject I really could be passionate about. I’ve done historical busts (from Ancients to the end of the Medieval period), but I’ve shifted my focus to large-scale sci-fi, fantasy, horror, superhero, and similar figures (anime and mecha especially), although I still do historical subjects occasionally. I also make some of the old reissued Aurora kits from the 60s and 70s. 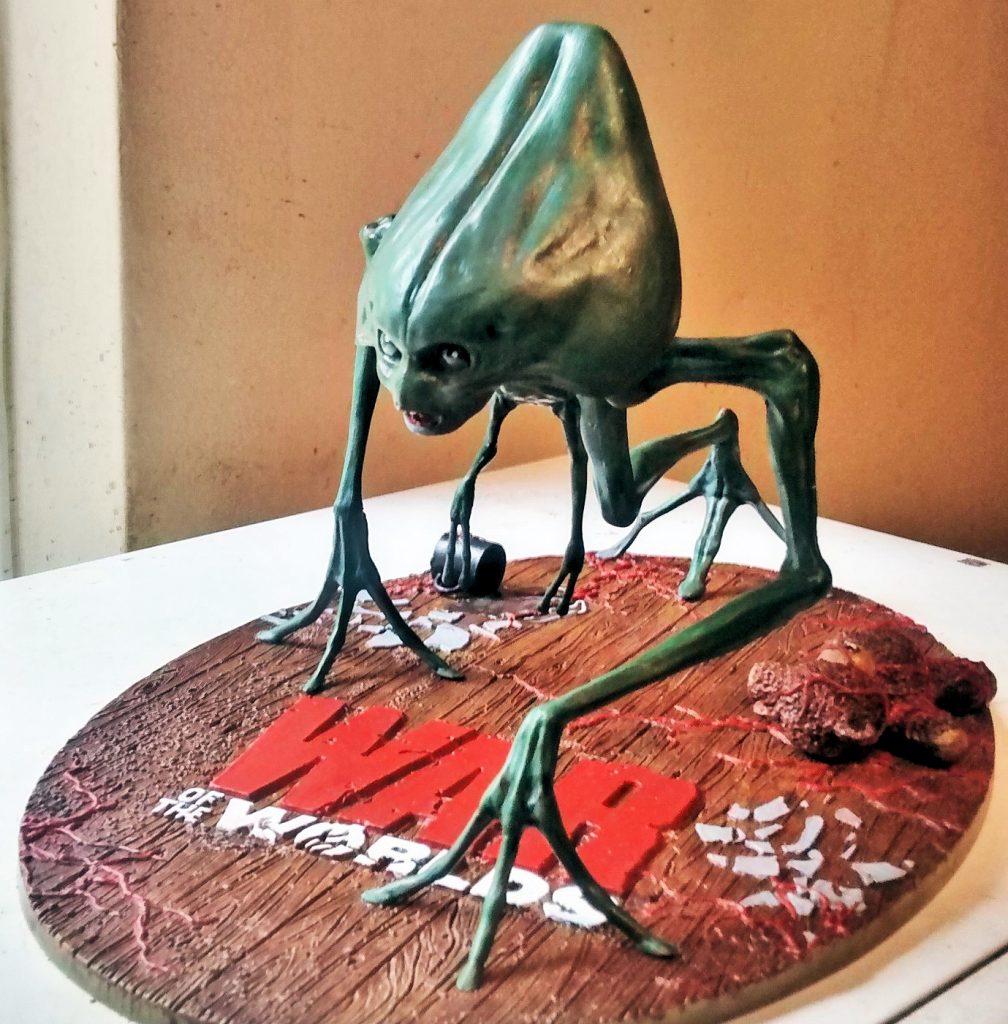 As far as my choices are concerned, I’ll mostly buy something which takes my fancy or shouts BUY ME!, unless someone commissions me to make something specific. I will often buy after-market items like resin replacement heads which are more faithful to the actual subject, or appropriate bases on which to display them. I did that with The Hunchback of Notre Dame – I believe it’s based on the James Cagney portrayal of this iconic character. Above all I aim for realism, even in what are essentially make-believe fantasy figures.

Can you talk us through one of your models from the point you open the box to the finished thing. It would be cool to understand the process, what’s involved etc. 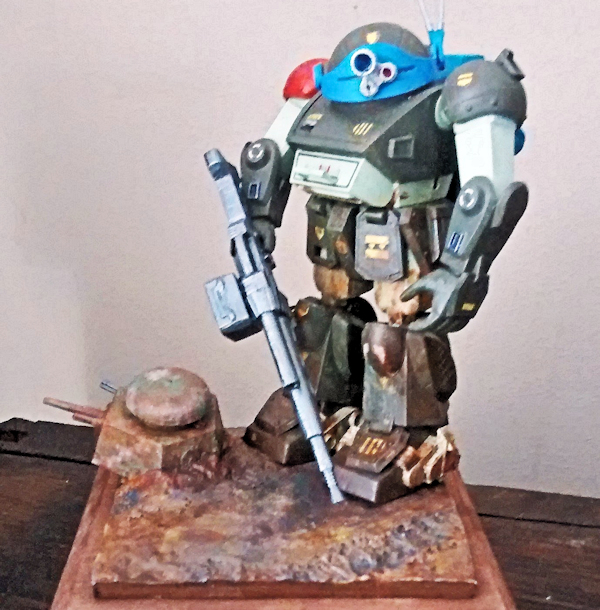 Scopedog Mecha by Takara, with base by Fields of Glory Models and Soviet T-18 tank turret by Hobbyboss Models

Let’s take my Armored Trooper VOTOMS Scopedog mecha as an example. I’d had this kit for about two years stashed away in a cupboard gathering the dust of centuries and it was crying out to be made. It’s from a 1980s anime series, and in 1/35th scale, a very popular military vehicle scale, which immediately opened up all manner of vignettes. The mecha itself is comprised of 79 parts, and I made it as per instructions – the only difference being that I painted it as an elite Red Shoulder Unit version. I always dry-fit parts first, to make sure everything fits together well – very often they don’t, especially those from older kits, so I get out the filler and spend time filling yawning chasms and then sanding them down. I do this anyway with joins, taking time to remove excess plastic and then sanding and filing so that it looks like a seamless join. I’m on the Autism spectrum so I get a bit perfectionist about that.

Then, when everything’s been done to my satisfaction (i.e. I haven’t had a breakdown), the model gets primed, followed by painting. All my models are hand-painted – I used to use an airbrush but I have a tendency to bugger them up quite spectacularly. On this particular model decals needed to be added (and they were TINY!). After application I splurged on some matt varnish to protect them.

To finish it off I bought a plaster base from Fields of Glory Models, and just happened to have a 1/35th unmade model of a Soviet T-18 tank to hand (as you do), so I assembled the turret, superglued it (and my fingers) to the base.  I then blended it with epoxy filler  and painted everything with washes in various types of brown along with some dry-brushing on top. I also went stupid with the same washes on the lower part of the mecha body representing battlefield dirt and mud, so that it all looked of a piece. Finally I mounted it on a newel post cap bought from a local DIY store, stained with a nice Dark Oak and my blood – probably, knowing me. 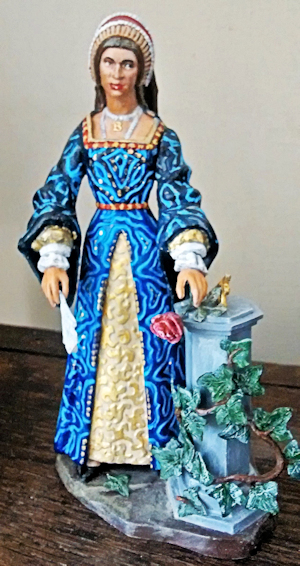 Making plastic models was a fundamental part of the UK boyhood experience in the 60s and 70s. Do you think the current interest in the old kits (again, I’m thinking Aurora) is largely due to nostalgia among a certain generation, or do you think there’s still enough interest for figure modelling to grow and develop in its own right? Do you see any future trends (I’m specifically thinking of kits now, not the expensive superhero vinyl figures you see in Forbidden Planet, for example).

It DEFINITELY has a GREAT deal to do with nostalgia – well, partly that and a growing interest in the older films as we enter an era of remakes and rehashes, and where film execs appear to be loath to take on new ideas. I’ll make no bones about the fact that in my case I’ve been prompted by memories of my youth to return to making model figures – at one time in the early seventies I had most of the Aurora Universal Monsters (which I made very badly – that was a rite of passage in itself) and it was something I remember deriving a massive amount of pleasure from, even if it scared my parents somewhat (I was always a weird kid).

Presently there are a number of model manufacturers like Polar Lights, Monarch (defunct), Pegasus, Atlantis, and Moebius which have both reissued old kits AND produced their own new ones. I am slowly building up my collection and taking over the shelving in the lounge – but I also sell them if people want them. I also buy original kits – some of the original issue unmade Aurora kits are now going for silly money but you know what? I’m not interested in whether they’re collectible – they were manufactured for people to assemble, and that’s what I’ll do. It’s like wine – some people aren’t interested in the product, just how much of a profit they can make. It’s ridiculous. Anyway, I get enormous joy from building models – seeing a model transform from a box of parts to a completed model is exhilarating. Plus I’m middle-aged and this is what excites me these days. I still don’t like slippers though. 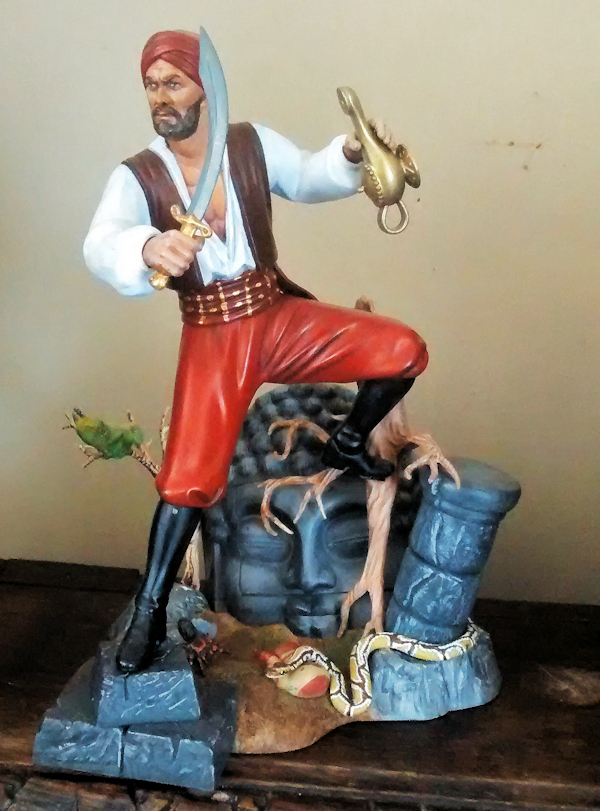 There are a number of modelmakers out there who have made a successful semi-professional career out of vehicle and spaceship kits. Is this something you might expand into in the future?

This is exactly what I am aiming for – to become a semi-professional modelmaker and make enough money to do what I love. I am currently an editor/proofreader and that brings in some money, but it isn’t constant even though I also love doing it. It’s typical of me though to go for something esoteric as a means to making a living… I can just see my late Mum rolling her eyes at me…

What drew you to model making in the first place?

The making of models is my childhood encapsulated, in a nutshell – and add in some new models recently produced to capture my imagination as well as after-market products and you have one happy little Siobhan. Let’s face it, too, the film and merchandising industries are pretty huge so there’s plenty of scope for me. 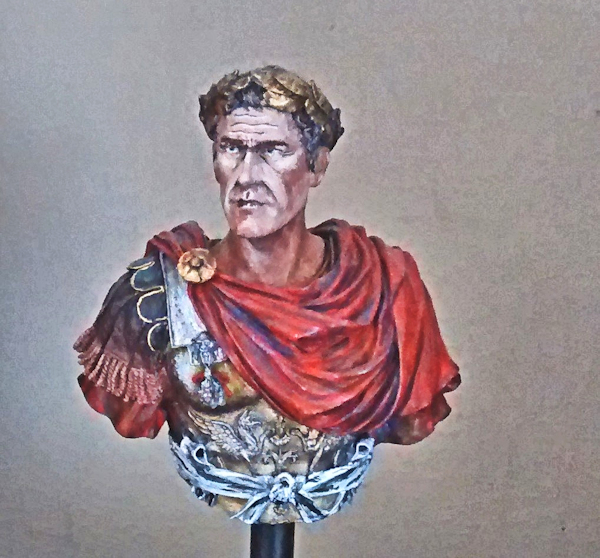 I am also looking into learning sculpting techniques so that I can a) produce custom one-offs and b) release a set of limited edition figures based on medieval bestiaries or Hieronymus Bosch, Magritte, or Dali paintings (yes, I know it’s been done but you know… I love Bosch, Magritte, and Dali).

I was a typical child of the sixties/seventies – all counterculture and that, all the hippie crap and psychedelia, as well as being into sci-fi visions of the future. I got into models in the late sixties with an Airfix Messerschmitt 109 and managed to put the wings on backwards. I haven’t changed much in that respect as I’ve been known to wear my cardigans backwards…. 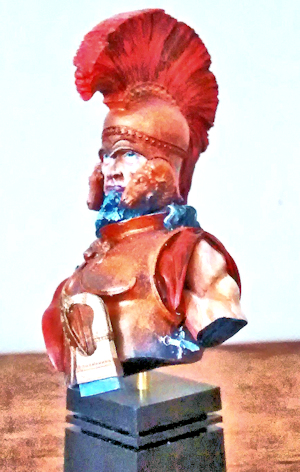 Why do you think it’s survived in the face of computer games, which more or less killed off Airfix, and now 3D printing. What is it about figure modelling and painting that attracts people in this day and age.

In all honesty I think it’s survived BECAUSE of computer games and such: to me the latter are such impersonal things, and don’t allow for much customisation and personalisation, and you can’t touch them. I could be wrong of course – I don’t play games so can’t comment beyond what I’ve said. 3D is an interesting case as it’s now being incorporated into modelmaking as a means of enhancing models and creating vignettes/dioramas. Necessarily, model manufacturers have to justify releasing a model and so they tend to concentrate on popular subjects – but, for instance, there are variants of production tanks which modellers will often use a standard kit for and then either scratchbuild and/or 3D print parts for. 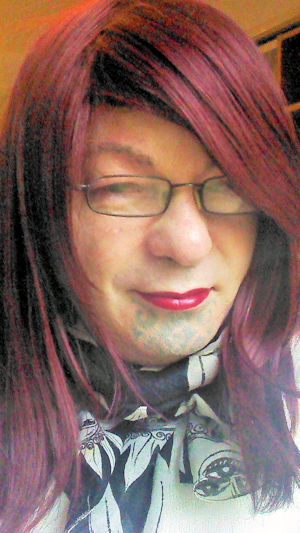 The Japanese are NUTS for film and anime merchandising – I’m a fan of anime so I can quite understand the appeal. As long as they keep producing I’ll keep buying and making.

I can only speak for myself, but figures appeal to me on two levels – nostalgia about driving my parents bonkers with all the weird shite I used to buy, and also because they fulfil an intangible yearning. Apart from that, they exercise my painting skills and bring me an enormous level of satisfaction I haven’t felt from any other modelling subject. It’s also a perfect marriage between my art college training and a childhood hobby – it’s like making contact again with a long-lost friend. And it keeps me out of my partner’s way (most important).

To learn more about Siobhan’s work, and ask about commissions please use the following contact details: