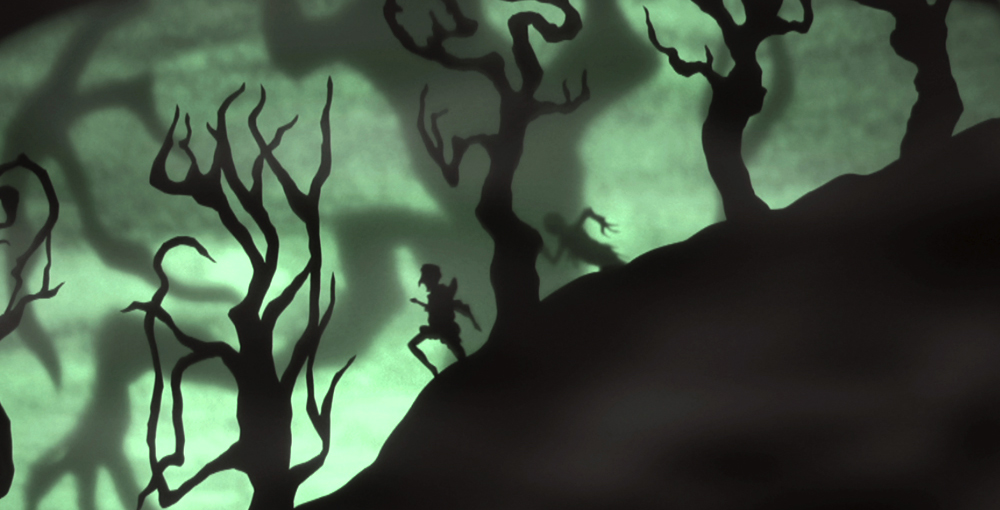 As a companion post to my review of Mansfield Dark’s Count Magnus and The Story of A Disappearance and an Appearance, Richard Mansfield very kindly agreed to answer some questions about the movies:

I think the medium lends itself perfectly for ghost stories. I’ve been making shadow films for years now. I tend to choose stories that I think will translate well into silhouette and go from there. I find shadows very freeing creatively. I can create period dramas with very little cost. With live action film it would cost a fortune and huge amounts of time to create the same look. If I want a character in costume in a period setting all I have to do is cut it out.

Before I made ‘Count Magnus’, I spent the last few years making feature films. I’d gotten to the point where several of them were getting distribution deals and being released on DVD. I needed a break and I’d been thinking about adapting M.R. James for a while. I got in touch with the M.R. James Appreciation Society on Facebook and the story that people really wanted to see was ‘Count Magnus’. I wasn’t very familiar with the tale so it was great to be able to get to know it better and see the potential for an exciting and creepy film. I chose Disappearance as my second adaptation partly because it has always been one of my favourite MRJ tales and I felt I could see it working well as a shadow film. He writes the nightmare wonderfully and I wanted to be able to bring it to life.

It starts with me writing the script. It’s tricky adapting what could easily be a 40 min film into around 10 mins but I try and choose whatever makes the story atmospheric and creepy whilst maintaining the essence of the story and its structure. Often I may condense several events into one to make the film simpler. I always try and keep as many of the important elements as close to the original as possible and occasionally embellish scenes that could be made more fantastic and cinematic with the visuals I have.

I then record the script. For both ‘Count Magnus’ and ‘Disappearance’ I worked with Silas Hawkins. Silas is the son of BBC veteran Peter Hawkins who provided one of the first voices for the Daleks and Cybermen. Silas also did some editing on the script to fit with the characters he prepared.

From there design the puppets and sets. For all the MRJ adaptations I’m keeping a uniform look in the style for the characters. The designs are then transferred into silhouette on black card and the puppets are assembled and jointed. The background scenery is hand drawn/painted and transferred to acetates and projected onto a large screen of tracing paper. The puppets are operated live and the camera films their shadows from the other side of the screen. The illusion of depth is created by adding silhouettes between the camera and screen.

After filming I then edit the footage to the soundtrack, sound effects and music are added and other effects are added. The scenes with snow are done with footage I have of real snow which is layered onto the original footage.

M. R. James’ tales have been made into movies and TV programmes with varying degrees of success. Do you have any particular favourites – if so why?

I’ve enjoyed all the M.R. James’ adaptations, I love the original and the 2010 versions of ‘Oh whistle’ and the recent ‘The Tractate Middoth’. I think the original ‘Oh whistle’ is very creepy. I love the shots of the lonely figure; it’s so bleak and eerie. I found the haunting elements of the 2010 version terrifying, the rapping at the door and the fingers coming under the door really chilled me. The Tractate Middoth was a super adaptation, nice and suspenseful with a wonderfully creepy ghost. I thought it really captured the essence of the story and it’s a real shame Mark Gatiss hasn’t been able to do more adaptations for the BBC. I’d love to see what he could bring to the other tales.

Who or what is the biggest influence on the movies you make?

Horror, I grew up taping Hammer films on late-night TV. I have a very vivid memory of watching ‘Blood on Satan’s claw’ and feeling I had seen a bit too much, it blew my mind! I’m a huge fan of Herk Harvey’s 1962 chiller ‘Carnival of Souls’. It is so strange and has such a rich and wonderful atmosphere. I think Carnival has really influenced my live-action work. I was very influenced by Gerry Anderson’s TV shows too. I feel very lucky to have grown up with such wonderful TV shows. 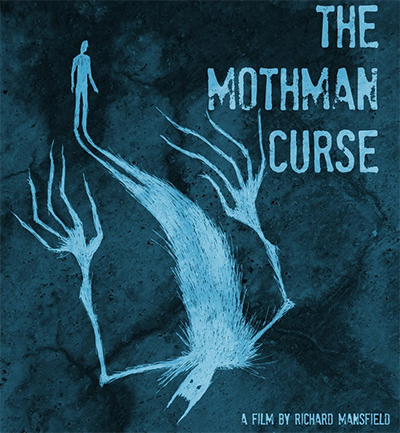 You’ve just released The Story of a Disappearance and an Appearance – what other M. R. James tales do you have lined up in your Pleasing Terror series?

I’ve got my eye on ‘Mr Humphries and his Inheritance’. I think the maze could lend itself well to silhouettes. I could also bring the mysterious engravings on the globe to life which could work very well. I think there’s a lot of potential for ‘The Diary of Mr. Poynter’ I’ve an idea how to create a creeping hair effect and I can see me experimenting bringing a three dimensional hair creature and compositing with the shadows.

Thank you very much.

Buy Count Magnus and The Story of a Disappearance and an Appearance by clicking here.