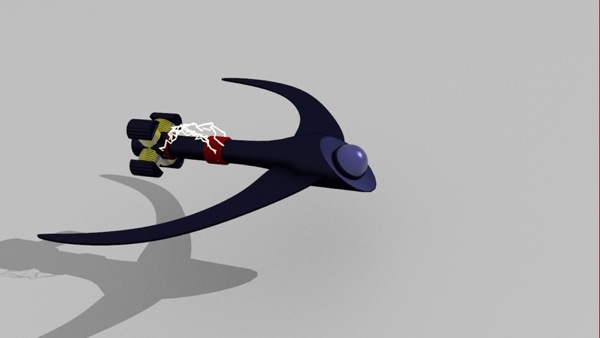 I’ve been working on some art/visualisation pieces for Thumb. As I mentioned before I wanted to capture the feel of the German Expressionist artists and films of the 1920s and 1930s. The movement grew out of a desire to overturn the established order of nineteenth century Europe, whose triumphalist and Imperial certainties had been completely destroyed by the horrors of World War One. Expressionism was characterised by bold colours and lines, and distortion based on the emotions of the writer, painter or film maker. It was Impressionism in reverse. Instead of recreating the impression of the world on the eye, Expressionism expressed inner feelings, often focussing on madness and dreams. 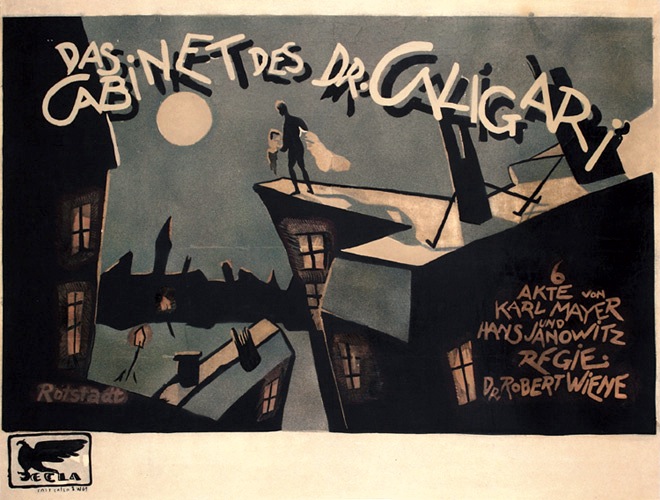 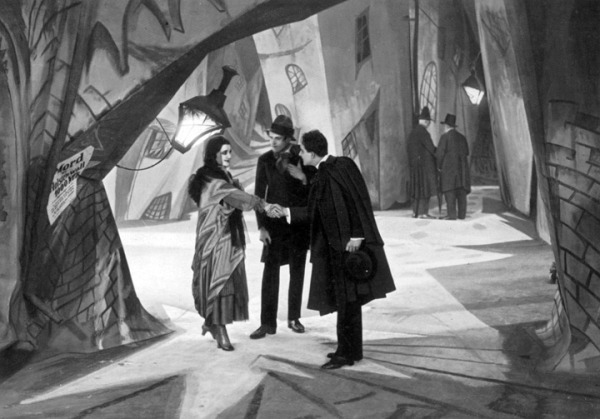 A still from the film, note the distorted set.

German Expressionist Cinema was a sub-genre of the movement, and produced some of the most striking movies ever made. The most famous, and most typical of the style, is The Cabinet of Dr Caligari (1920), the tale of a murderous somnambulist set in a crazily distorted world. Other classics include Murnau’s Faust (1926) and Fritz Lang’s Metropolis (1927). Here are some sample film posters of the period: 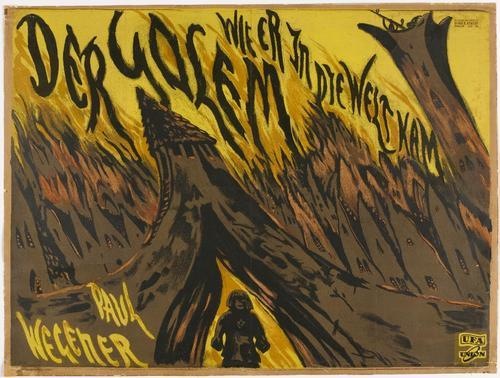 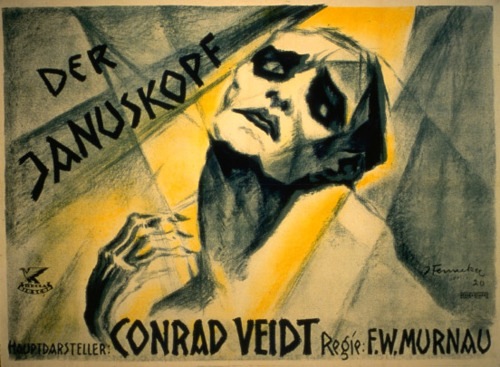 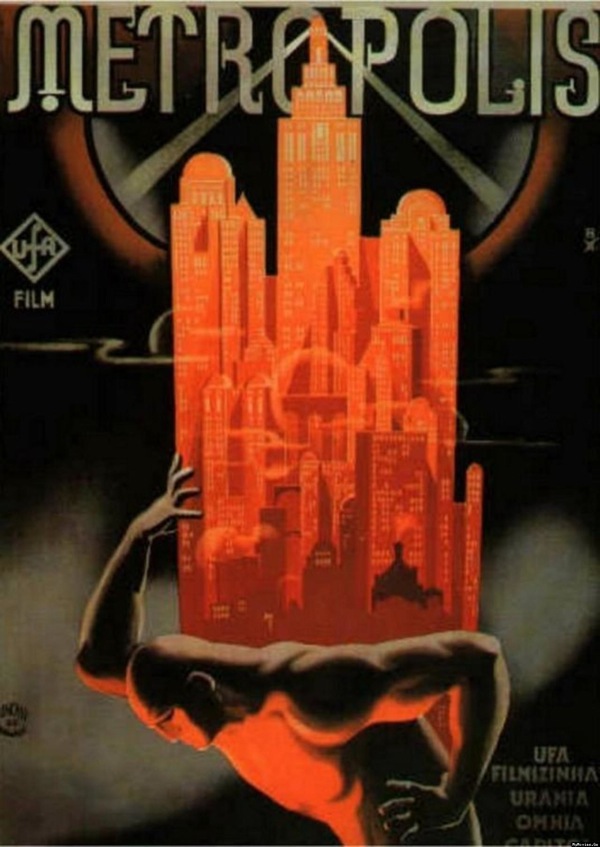 And finally, a magnificent poster of Fritz Lang’s Metropolis.

If I wanted to sum up Thumb in four words it would “Indiana Jones does Kafka”. While there are Steampunk elements in the novel, I’m more interested in capturing the fin-de-siecle absurdities of the early twentieth century, and the atmosphere of Kafka and the German Expressionists. The artwork and trailer I’m doing for Thumb is therefore based on these styles, although I’ve toned down the frantic distortions a bit (mainly because I’m nowhere near as good an artist as those painters and designers of the original movement). Interestingly enough, someone said that the picture of the house in the Wasteland reminds them of Tim Burton’s style, which is great because Burton is also heavily influenced by films like Caligari 🙂