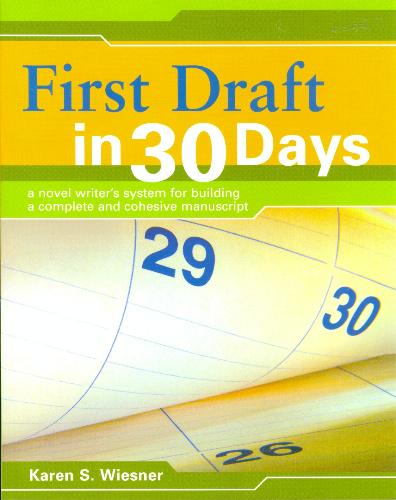 I’ve always been very suspicious of books or computer programs that offer up a system for writing, as you can probably tell by my comments on Dramatica Pro. The methodologies proposed often claim to have nailed the perfect story structure, or character arc, and guarantee success if the writer sticks to the process described. Dramatica Pro‘s surreal madness is at one end of a spectrum that includes such programs as Contour (“Your main character’s journey is explained through archetypal themes”) and books like The Plot Whisperer (“STEP 16: How Do I Plot the Protagonist’s Rediscovered Gift?”). Admittedly, a lot of these formulaic methodologies are aimed at people trying to write the next Hollywood blockbuster, but I’ve got an innate distrust of any process that claims to reduce the infinite variety of the novel down to a set of archetypes.

The problem started with Tzevtan Todorov and his Morphology of the Folktale (1928). Widely held as a classic of the Formalist movement it was an attempt to apply rational principles to the study of literature by categorising Russian fairy stories and looking for common elements. Todorov ended up with a scheme that looks remarkably similar to a lot of writing systems touted around today – casting characters as types and having them follow pre-determined story arcs (‘The Seeker Agrees To or Decides Upon Counteraction’). Todorov tried to turn this approach into a fully-fledged scientific method – here is his formula for the folk tale called ‘The Swan Geese’ (honestly!):

I can’t imagine why Todorov’s method never caught on, but he sowed the seed for approaches that claim to encapsulate every possible story (or at least most of them) in a piece of software or a book, and tell you that if you follow their steps you’ll end up with a small but perfectly formed and infinitely sellable novel. Personally I think it’s snake oil. Todorov analysed a specific group of folk tales that follow a set pattern, so its not surprising that the same ideas keep cropping up. But apply that approach to, say, Kafka’s The Trial, Asimov’s The God’s Themselves and Tolstoy’s War and Peace and it all falls apart, which is probably why Formalism ran into a dead end very quickly, and stopped being used as a method of literary analysis.

So it was with some suspicion that I came across Karen Wiesner’s First Draft in 30 Days. This was shortly after getting the first cut of Thumb back from John Jarrold. I was faced with a significant rewrite and scratching my head about how to start. I’d always been a pantser, rather than a planner. I’d have a strong opening, a rough idea of where it was all going, and I’d start writing, hoping that like a walk in the fog, the vague shapes ahead would resolve themselves as I made my way along the path. For all the reasons John had outlined, this approach wasn’t really working. Then I saw that The Guardian newspaper was running  a series called How to Write a Book in 30 Days, as part of NaNoWriMo 2012. So I thought what the heck and decided to give it a go. It turned out that the article was exaggerating a bit. It was based on Karen Wiesner’s First Draft in 30 Days, and at the end of it you would have a fully-defined outline with all the plot, characters, research and background in place, ready to fill up with the actual words, rather than a finished book. I quickly found that, for me, the approach she was advocating actually worked and I’m now a committed planner following a bastardised/simplified version of the Wiesner method, despite years of standing in the corner and laughing cynically whenever someone ran into the room waving the next copy of ‘Desmond Throckle’s Epic Story Crafter 2.0’.

So why am I hooked? To begin with Wiesner doesn’t really advocate a structural methodology – there’s none of this ‘Make sure your Contagonist enhances his feeling of Becoming before the Option Lock’ bollocks. The only approach she suggests is building a plot on a series of crises, failures and re-alignments, i.e. Heroine tries something, Heroine Fails, Heroine Thinks of Something Else, Heroine Tries Again, Heroine Fails  – rinse and repeat until Heroine Succeeds in the penultimate chapter. You don’t have to follow this – but it gives you a prompt to keep the tension going if you are writing an action thriller or similar. This helped me tick off one of John’s cast iron rules of fiction, that there must be clarity and pace at all times.

Essentially my version of Wiesner’s approach is as follows:

1) Sort out your characters (I work on about 6 main characters, legacy of when I wrote film scripts and the main driver was keeping costs down – fewer actors to pay)

2) Sort out your locations

7) Rewrite the outline, each time expanding it to encompass plots and subplots, until you’ve turned your 120 or so sentences into a stack of ‘scenes’, each of  which will end up roughly 1000 words long in the final book.

And that, more or less, is it. It’s actually very simple, but if you stick to this approach you end with your story laid out in synopsis form, with all the plot wrinkles and character interactions sorted out before you start to write the actual words. As Wiesner points out, if you find out something is not working and you only have a synopsis to change it’s a lot easier and less traumatic than having to go back and rewrite massive portions of the actual novel itself.

So, for Ragged Claws I have a synopsis divided into 120 1000 word scenes, and each scene has its own description (250 – 500 words long) saying exactly what happens, who does what to who and how they feel about it. The beauty of it is that the stress and chances of writer’s block are hugely reduced. If I get stuck on a scene I can skip it and write one further down the list, knowing that because the story is already worked out I’m unlikely to bugger up the continuity or development.

Wiesner’s book consists of a load of forms to fill in to achieve a fully formed synopsis, along with a day by day calendar showing what to write and when. In her world you end up with a giant folder full of paper for each book. I just bunged all her templates into Scrivener and used that instead. This makes things more efficient because you can search and filter, and use colour tagging to keep track of characters and subplots.

Like many systems, there’s the inevitable tension between designing something simple and easy to use and ensuring people buying the book don’t feel they’ve shelled out $19.99 for a process you can fit on the back of an envelope. So Wiesner’s book suffers from a tendency to over-complicate her approach. But if you can extract what’s useful (for me, it’s the seven steps above) and combine it with software like Scrivener to handle all the admin, then I can highly recommend her planning methodology.

If you want to have a look before you buy the book then the pages on the Guardian website are an ideal place to begin.

Wiesner’s Write Your Novel in 30 Days is available from Amazon.co.uk here, and Amazon.com here

Tom Gauld does brilliantly witty cartoons on literature (SF in particular) and writing. His website is here.

His latest book of cartoons – You’re All Just Jealous Of My Jetpack is available from Amazon.co.uk. here, and Amazon.com here