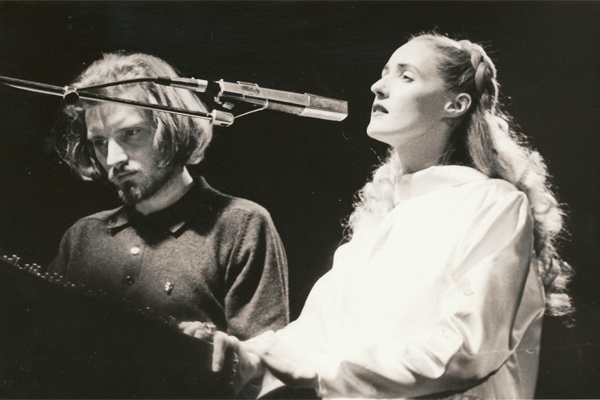 I was introduced to Dead Can Dance by some very cool French friends in Tokyo, and was immediately sold. Their combination of what can only be described as Medieval wailing, Renaissance dance music and Frank Sinatra does Kurt Weill sent shivers down my spine and I immediately bought all their albums, and the DVD of their concert Toward the Within. At that time they were with the label 4AD, who specialised in Dark Wave, a genre that combines poetic lyrics with floaty ethereal music. Essentially New Age music for absinthe drinkers and despairing poets.

Dead Can Dance is an Australian band consisting of Lisa Gerrard and Brendan Perry, along with a number of backing musicians who have changed over the years. Lisa Gerrard is known to most for her film soundtrack work. Her big break came with the movie Gladiator (2000) in which she sang over the closing credits. Since then her phenomenal contralto voice has appeared on the soundtrack to many films and she released a series of successful solo albums. Brendan Perry is less famous. His musical style centres around guitar-backed folk ballads. When Dead Can Dance split up in 1998 (before reforming in 2005) he released an album called Eye of the Hunter, and then faded into the background before getting back together with Lisa Gerrard. His second album, Ark, finally came out in 2010. 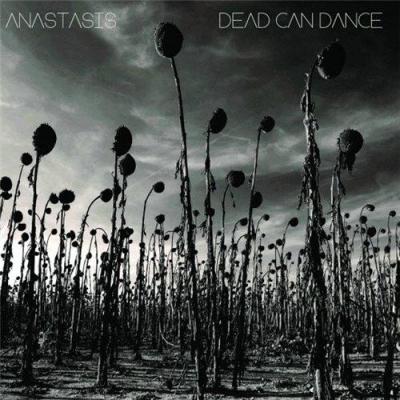 The two singers have wildly different styles, and approaches to music, and nowhere does this come across more starkly than in the interviews on the live DVD. Lisa Gerrard is clearly as mad as a sack of badgers, has an incredible classical contralto voice, and sings most of her music in a made-up language with her eyes rolled up in her head and her bottom lip aquiver. Apparently the language is known as idioglossia – the invented talk kids use to communicate with their invisible friends and to annoy their parents and everyone else. So don’t bother trying to figure out the words to ‘Now We Are Free’ or the majority of her other songs, it’ll send you mad. Her analysis of her own art also places her firmly on the other side of the barrier that separates Elfland from the Fields We Know, – “People are desperately trying to find a way of releasing themselves from this fleshy prison, you know, and they turn to you and see you escaping momentarily and ask ‘How did you get out?’ and, you know, it’s very easy.” A Yorkshireman’s immediate response to this is ‘Speak for yourself, love,’ but my God her songs are among the most beautiful I have ever heard. If you want to know what the angels in Dante’s Paradiso sound like, listen to ‘Sanvean’, which she sang on the Toward the Within tour and later released on her first solo album, The Mirror Pool.

Here’s another example of the power of Dead Can Dance‘s music and Gerrard’s voice in particular. This is the opening sequence of the 1992 film Baraka set to their song ‘Yulunga’.

Brendan Perry is definitely the more nuts and bolts of the duo – his interviews tend to be along the lines of ‘this drum makes this sound if you hit it here, and different one if you hit it here.” The most bizarre aspect of his music is that he sounds like Frank Sinatra, not surprising considering he counts him as one of his greatest influences. Having said that, he then matches that voice to songs that are distinctly different from, say, ‘Send in the Clowns’ or ‘Fly Me to the Moon’. A lot of them have strong Brechtian undertones, or conjure up elegiac images of forlorn love set among the tattered playbills of departing circuses, or odd Catalan style folk songs. One of my favourites is ‘Fortune Presents Gifts Not According to the Book’ from the album Aion. To hear what sounds like Sinatra sing

is disorienting to say the least.

When you put Brendan Perry’s surreal take on post-Swing crooning next to Lisa Gerrard’s spaced-out wailing the effect can only be described as stunning. My favourite song of theirs is ‘Rakim’, an astonishing piece that opens the live part of the Toward the Within DVD. It moves from Lisa Gerrard in full Pre-Raphaelite garb playing a Chinese zither to Brendan Perry giving us his Sinatra in what sounds like faux-Persian, then back to Gerrard for a bit of contralto idioglossia at full belt, ending with Perry singing a poem in English.

Dead Can Dance reformed in 2005 and recently toured again. Sadly I couldn’t make it, but I snapped up their new album Anastasis. While not as stunning as their earlier work, the opening song ‘Children of the Sun’ is as good as much that has come before. For people unfamiliar with their music (except perhaps Lisa Gerrard’s film work) then I’d definitely recommend Aion or The Serpent’s Egg. The live album of Toward the Within is also wonderful.

Here’s the official video of ‘Children of the Sun’, which pretty much sums up the whole Dead Can Dance aesthetic.