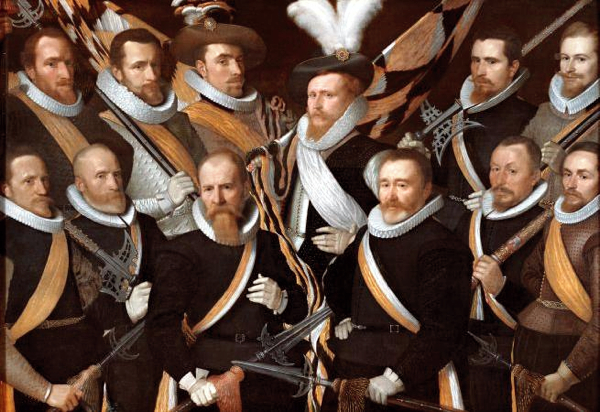 Dark Fantasy: is it suitable for the servants? 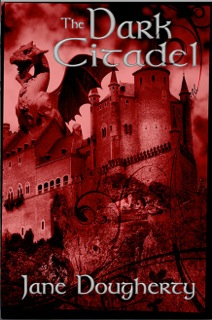 This week’s post is a guest article by Jane Dougherty, the author of the wonderfully grim fantasy novel The Dark Citadel. First in a series, it tells of a future religious/fascist dystopian society sheltering beneath an immense dome, around which prowl demons and creatures of legend. It’s refreshingly sinister and pulls no punches in its depiction of oppressive brutality. It also raises questions about the categorisation and censorship of books for young readers. In the old days no-one told teenagers what they should and shouldn’t read, now we have a whole industry devoted to producing ‘suitable’ fiction for those transitioning from childhood stories to ‘grownup’ writing. Is this just another example of our modern obsession with ‘appropriatness’ and control freakery? Read Jane’s excellent post and see what you think.

Dark Fantasy: is it suitable for the servants?

Since my first book, The Dark Citadel, was released at the beginning of October it has received several reviews pointing out the dark, violent aspects of the story, and its unsuitability for children. All fair comments—it is dark, and I never wrote it for children. But why write dark in the first place? What is its appeal?

After my youngest child was born I was kept more or less housebound in the winter with a rare condition, one of the symptoms of which is severe chilblains. Sounds funny but it wasn’t. The older children would bring armfuls of fantasy books back from the library and, not being able to choose any of my own, I read theirs. One series left a mark—Orcs, a particularly grim story by Stan Nicholls, with relentless violence set in an unspeakably awful world. It left a mark exactly because of the unremitting awfulness of it. What was an eleven year old doing reading this kind of stuff? Simple—our local library put all fantasy in the children’s section.

A few years later when I set to work on my first novel to please teenage children with epic fantasy indigestion, I had already decided that I wasn’t interested in talking animals, fascinating princes and forlorn or swashbuckling princesses. I was going for gritty fantastic realism, if that makes sense, not with monsters and endless battle scenes, but with true evil. There is so much more satisfaction to be got out of a really evil character than a good one.

So, my story was going to be dark. But what kind of darkness? There’s the Dark Lord type of darkness, the bloke who exists just to be evil and who must be fought with lots of bloodshed by massed coalitions of assorted un-evil peoples. This darkness smacks of cop out to me being simple sword-swinging with no moral consequences. If your enemy looks like something out of a freak show and comes at you in unfairly large numbers, there isn’t much to discuss.

I was much more interested in the Hannah Arendt notion of evil: its banality. In The Dark Citadel, the bumptious little Protector and the oppressive rules and strictures of the Elders’ theocracy are closer to Eichmann and the Taliban than to Sauron and his army of Orcs. Their evil is more chilling than the king of the demons who is after all only running true to type. Abaddon only exists and draws his strength from the real evil that the nasty regime has brewed without any prompting from him at all.

The Green Woman series is dark; unpleasant things happen, the world is ugly, and while some individuals make a stand against the ugliness, the majority are either tacit supporters or fully paid-up party members. As I see it, that’s pretty much how life is everywhere when your society is powerful and brutal. Do I think this kind of darkness makes suitable reading for young adults? Yes, I do. Without wishing to sound preachy, I believe that facing moral dilemmas and making the right decisions for the right reasons is part of becoming an adult, and writers who take that responsibility away from their young protagonists have created not heroes but selfish, immature human beings.

A case in point is The Hunger Games. For all I can appreciate the skill of the writing and the interesting storyline, I dislike the way the author is careful to avoid situations where Katniss has to take moral decisions. She kills children dammit, but the reader is expected to believe they deserved it, or else it was self-defence or a sort of accident. Katniss is deprived of the possibility of being heroic, and we know that for her credibility’s sake it’s just as well, because she wouldn’t have risen to the occasion.

The world of The Green Woman is not unadulterated darkness, and I haven’t done away with heroes, but they are the kind of heroes I admire: the partisans, the underdogs, the people who take risks to save others. None of them is handy with a sword, and there isn’t a single fledgling prince among them either.

If I had tried to pitch The Dark Citadel at an adult market, the elements of violence and evil would not have posed a problem. But the main protagonists are teenagers; therefore, according to the great god of marketing, this is a young adult novel. And when you’re talking about young adults you can forget the adult bit. We are talking here essentially about old children, and children are not supposed to be able to handle unpleasantness, even though they see far worse in visual images every time they turn on the TV.

This idea that the transition from Dora to Kafka will not take place naturally, and that without proper guidance, disastrous psychological damage may result, has opened the way for publishers to go to town on book categories. There was a time not so long ago when there were books for children and books for everyone who could understand or imagine what it means to be an adult. Children decided for themselves when they could handle something a little more edgy than Pooh sticks. Which did not mean that they immediately leapt for the Marquis de Sade. Kids read what they enjoy and understand.

Is there a limit to the kind of dark young adults should be expected to deal with? The answer, in my opinion is that if it’s good enough for adults, it’s good enough for young adults. I’m not a defender of gratuitous violence, violence used simply to titillate, but it has its place in a story about a brutal totalitarian regime. In fact, Providence without violence would not be credible. No more credible than an evil regime without opponents.

I didn’t write a totally dark story. True, it gets worse before it gets better, but there is hope in a better world, not just a return to the old one. Wherever there is evil there will always be resistance, otherwise humanity may as well just turn off the lights, put the key under the door and stumble off into oblivion.

You can buy The Dark Citadel from Amazon.com here and from Amazon.co.uk here I can also highly recommend Jane’s blog where she talks about writing, poetry and her life in France.