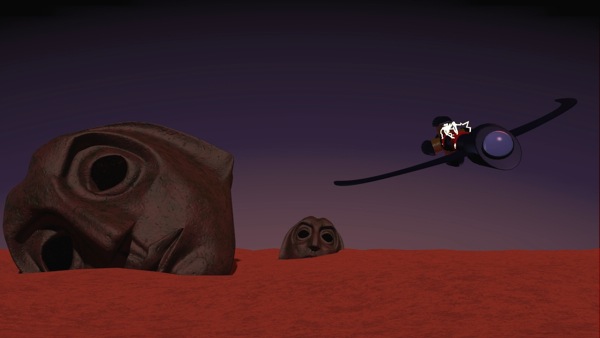 A flat singularity carried the unfinished body of God through an empty universe. The colossus lay on his back, a being so vast he might easily have put his arms around a world, if any still existed. His left hand rested palm upwards. In the shadow of the Thumb a brass and wooden flying machine sped southwards. Max Ocel sat in the forward cabin of the Bricolage. If he glanced through the porthole to his right he could see the Knuckle, thousands of miles away, like a wall cutting the sky in half.

With Thumb on the verge of release I thought I’d write a short post on some of the ideas behind the book, and where the inspiration came from. In true Gothic style, the novel started with a dream I had about 20 years ago. I saw a bald-headed man in blue robes standing in a desert in front of a giant hand. The image started a train of thought – the hand belonged to a colossus that the last people were frantically building to save them from some disaster. But they’d been building it for so long they’d forgotten the original purpose, and instead they’d splintered into factions at war with each other; Head against Hand, Heart against Mind etc. 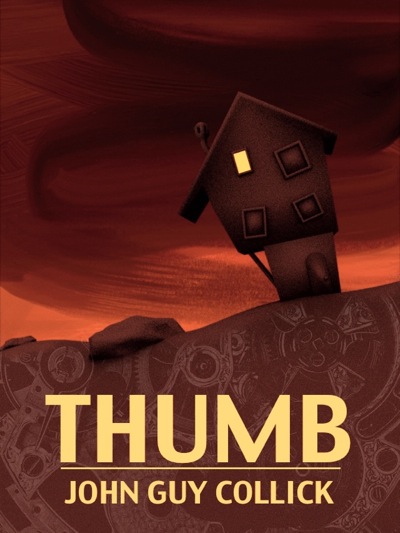 Each time I revisited the idea the colossus got larger, until in the end he was half a million miles from head to toe, (that’s about ten times the circumference of the Earth). Of course no human planet would be big enough to support such a mannequin, so in Thumb, long after all the last worlds and stars have vanished, this new god lies on a flat singularity while all around him the last remnants of mankind beaver away creating him. The hero, Max Ocel, comes from the town of Metacarpi, in the shadow of the left thumb. It’s an unimportant backwater, but for some reason it’s become the centre of a struggle between empires both human and inhuman. The cause stems from a dark secret in Max’s past, which ultimately leads to a revelation that will determine the fate of mankind.

I wrote the first version of Thumb eight years ago, then abandoned it for a while as I concentrated on screenplays and articles. Thumb Version One was closer to Kafka, more absurdist in its premise and the universe it described. Thumb Version Two still has echoes of that first strange realm at the end of time, but now it’s a science fantasy adventure – Indiana Jones meets Kafka – and the first in a series of four volumes. It’ll be out very soon, and then it’s straight into writing the next book; Ragged Claws. 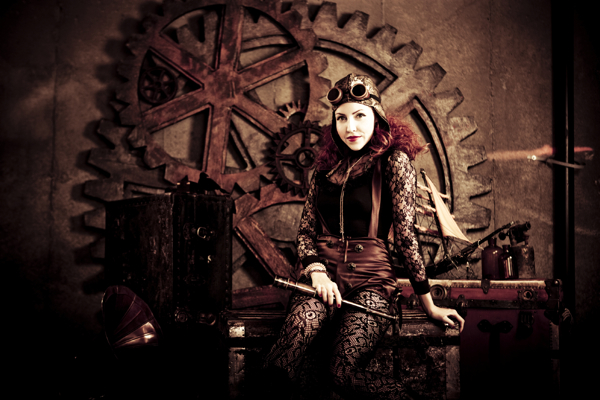