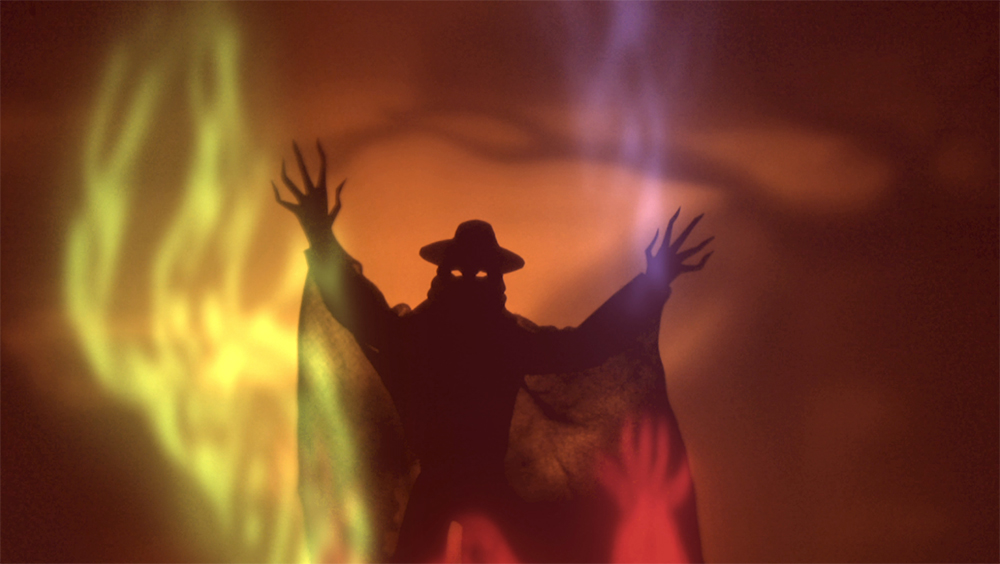 Count Magnus and A Disappearance and an Appearance – Mansfield Dark

Until now I’ve always been left a bit disappointed by film and TV adaptations of M.R. James’ stories. Even acknowledged classics like Jonathan Miller’s 1968 version of Oh, Whistle, And I’ll Come To You My Lad, starring Michael Horden lack the full sense of claustrophobic menace that characterises the original story. Partly it’s because the inevitable appearance of the ghost always tends to be a bit of a let-down. The problem is that in the context of a live-action adaptation you know you’re always going to end up with someone heavily made up, a special effect or a prop (a piece of wire and some old rags in the case of Miller’s version). I’ve touched on why this tends not to work in earlier posts on The Woman in Black and Schalcken the Painter – arguing that terror in ghost stories often derives from narrative effect and the use of language, which doesn’t translate to screen.

It’s interesting that the two giants of early twentieth century horror – H. P. Lovecraft and M.R. James created their effects through style – Lovecraft with his overblown layering of description and M.R. James with his meticulous understatement. James in particular managed to create the perfect balance between fleeting hints and glimpses of dread, and close-up in your face physical horror – “It hung for an instant on the edge of the hole, then slipped forward on to my chest, and put its arms round my neck.” (The Treasure of Abbot Thomas). I’d given up on finding a movie that would recreate the unique atmosphere of a James tale until I stumbled across Mansfield Dark and its wonderful shadow puppet versions of the tales in the A Pleasing Terror series. Here at last, in my opinion, are M.R. James adaptations that manage to visually capture the texture of the originals.

I came to M.R. James through the 1973 Folio Society edition illustrated by Charles Keeping. His black and white prints captured the brooding horror perfectly and with a couple of exceptions only offered part-glimpses of the entities stalking the tales. Their cut-out simplicity was far more effective than any attempt at detailed illustration. In my head the images from the stories always appeared as terrifying woodcuts, so in Mansfield Dark’s shadow puppet versions I’ve finally found the perfect match for my imagination.

To date the studio has produced two adaptations – Count Magnus and The Story of a Disappearance and an Appearance. They’re both available on DVD in black and white and tinted versions (I prefer the latter). The first impression is that the films are very similar to Lotte Reiniger’s cut out animations of famous fairy tales (which in turn inspired Peter Rhodes 2006 Lovecraft short The Other Gods and the Steampunk short The Mysterious Explorations of Jasper Morello). In fact Mansfield Dark’s movies aren’t cartoons – they’re live shadow puppet plays, which gives them a far greater immediacy. It also allows for the effective use of real time footage (snow in The Story of a Disappearance, silhouette hands in Count Magnus), so that the imagery slips in and out of reality with disturbing regularity.

Particularly noticeable in both films is the use of close-us against out of focus or semi-abstract backgrounds, which increases the claustrophobic sense of fear. By producing the stories in this way, Mansfield Dark turns the tales into disturbing dreams, made all the more horrific by their use of a medium usually associated with childhood fairy tales. The silhouettes, shifting perspective and very clever editing sustains the dread throughout both films – without any of the cognitive dissonance you get when The Special Effect finally turns up in live action adaptations. Count Magnus, which has always been a favourite of mine, is genuinely scary. Both movies are accompanied by a wonderfully evocative narration by Silas Hawkins.

Both DVDs are available from the Mansfield Dark website (links below) for £7.50 each. Both movies come with extras, including a lovely animated version of E. F. Benson’s The Room in the Tower. As a bonus when you buy the films you get a personally designed slip case created using the original movie puppets as stencils.

Richard Mansfield very kindly agreed to an interview to accompany this post. Go here to find out more about the movies, Mansfield Dark, and what’s coming up next. Personally I can’t recommend these adaptations too highly.

Buy Count Magnus and The Story of a Disappearance and an Appearance by clicking here.