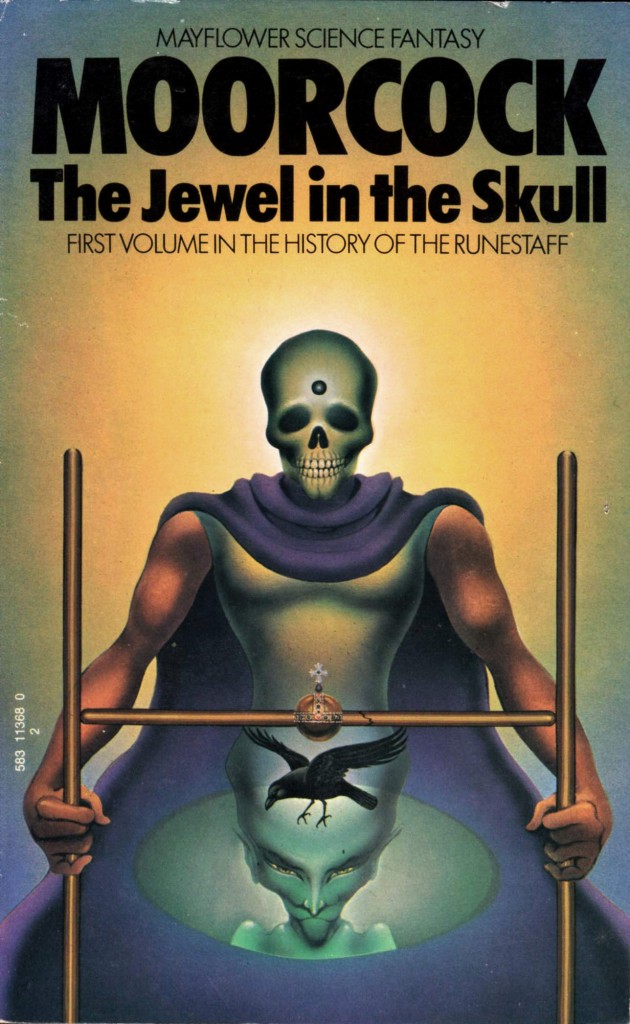 On the one hand it’s great that SF and Fantasy are more or less mainstream these days, and so every Waterstones has a huge selection to browse. On the other I do sometimes find myself looking at the shelves and feeling a bit ‘meh’ at the overall sameness of the cover art on display. I don’t know if it’s me or not but there seems to be only half a dozen rehashed tropes – usually to do with men in hoods if it’s fantasy. Whereas once the artists who produced the covers were almost as famous as the writers these days I rarely find myself jumping up and down at the art in the same way my jaw would drop at the sight of a hitherto unseen Rodney Matthews or Bruce Pennington.

Admittedly a lot of this is nostalgia for a bygone age – when I was an early teen I bought my SF on the basis of the artwork, whether or not it had anything whatsoever to do with the story. Having been blown away by Chris Foss in Science Fiction Monthly I hoovered up Panther Asimovs and Corgi Edmund Coopers because of those gob-smacking spaceships. NEL books were often chosen simply because of the wonderfully evocative Pennington artwork. And this is probably why I didn’t come to Michael Moorcock until later – the Bob Haberfield covers for the Mayflower editions were just so brain-meltingly weird they made me run a mile.

Bob Haberfield was an Australian artist active between 1968 and 1988, doing most of his work in the early 1970s. It’s clear from the Moorcock covers that his greatest influence was Buddhist and Hindu art, both in his figure work and his flat, highly decorative and usually pyramid-based composition. Triple-eyed Deva-king monsters rub shoulders with delicate Bodhisattvas, surrounded by intricate filigreed landscapes and skies. In one sense the vibe was a throw-back to the 60s and that era’s rediscovery of eastern mysticism as another way to expand everyone’s minds. That’s why some of his pictures look like Yellow Submarine on Acid. On the other hand Haberfield belonged to the artisanal surrealism of artists like Patrick Woodroffe or Fergus Hall, who designed the Tarot deck for Live and Let Die. 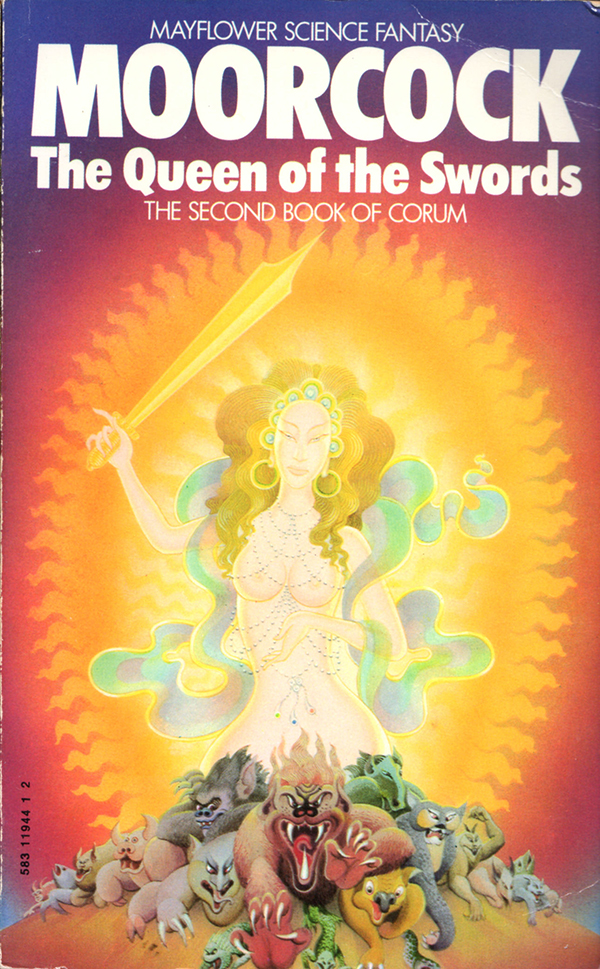 Haberfield’s artwork was astonishing, and while there wasn’t always an immediately obvious connection with the story, he managed to evoke the baroque, luxuriant imagination of the Eternal Champion cycles to a far greater extent than the painters who, for example, turn Elric into another fantasy muscleman, albeit a bit peaky looking. When I finally summoned up the courage to buy The Jewel in the Skull, my first Moorcock novel, it blew me away, and the cover seemed to match the tale perfectly. 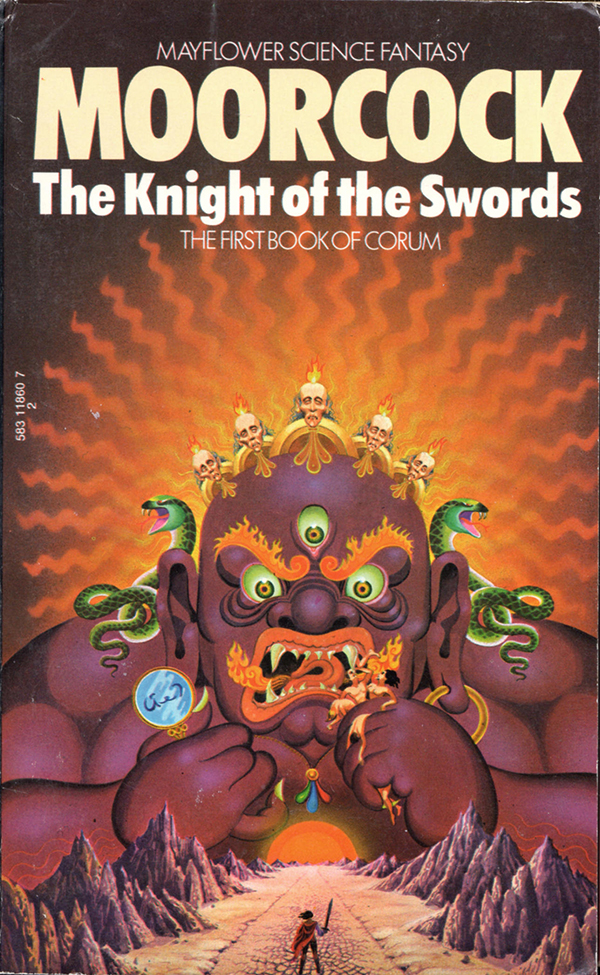 Haberfield has popped up on the Good Show, Sir website and his overwrought and bizarre imagery can look a bit extreme in today’s grey world. But his illustrations to the Mayflower Moorcock were audacious and certainly eye-catching. In those days you knew where you stood. Foss = classic hard SF, Pennington = groovy and thought provoking, Haberfield = spaced out cosmic mind-screw.

Biographical information on Haberfield is hard to come by. If anyone has any detail of his life as an artist I’d love to hear from them.