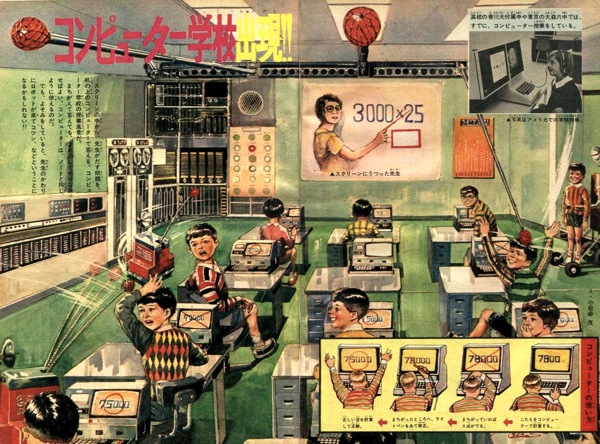 Classrooms of the Future

I work in education, advising ministries throughout the world on how to best use technology in the classroom. For most the process is one of constant catch up. Technology changes on a monthly basis, while education systems tend to work on yearly budget cycles. Furthermore if you tinker with something you usually don’t see the effects for years, until the poor little buggers in the classroom who experienced the change work their way through the school system and pop out into society. On the whole I try and point out that education goals should dictate how technology is used, not the other way round, but often grand gesture politics takes over and every pupil is given an iPad (or even worse, forced to buy one) because THAT IS THE FUTURE OF LEARNING, and looks good in the press.

The future of the classroom has been exercising the imagination of writers, artists and film directors since the end of the 19th century. Because most of them don’t really understand that education is primarily to do with human beings telling each other stuff and working out how to solve problems, they focus on the machines. In the World of Tomorrow education will be more efficient because either machines will do it, or machines will help us do it. Here’s a little wander through some of the various visions these largely misguided prophets have put together. 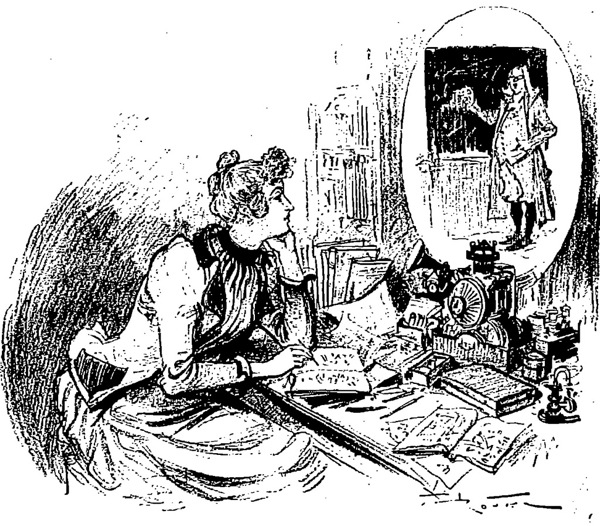 Ok, this isn’t that bad. This drawing from Albert Robida’s 1890 novel La Vingtième siècle. La vie électrique, which purported to show life in Paris in 1955. A young woman uses the téléphonoscope to study maths. It’s essentially online learning. The two striking things to note are a) it’s a woman learning maths – in Robida’s future women are equal, if not generally better at stuff, than the men and b) the method of delivery is totally old fashioned. A guy who looks like an eighteenth century vicar pontificates in front of a blackboard. For those of you who remember late night, flickering, black and white images of sideburns, Grateful Dead beards and kipper ties it’s the Open University all over again. 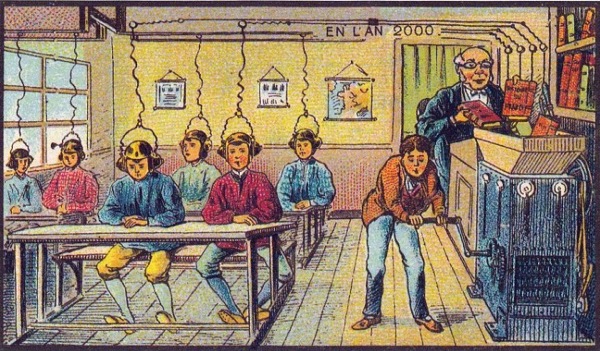 Our current model of education is based on the industrial approach, geared towards producing an army of literate and numerate workers to go and work in factories, so it’s all about stuffing heads with essential knowledge and basic skills, even though the world has moved on and this kind of learning is no longer fit for purpose. This jokey cartoon from France in the 1900s shows the ideal learning machine of the future. All you do is wire the kids up and pipe information into their brains.

It’s the same paradigm as in The Matrix (and the whole bogus ‘learn while you are asleep by listening to a tape recorder’ industry of the ’60s and ’70s), where all you have to do is jack yourself into a computer, twitch around for ten minutes and bingo, you know Kung Fu, and Japanese, with 19th century Russian literature thrown in for LOLs. 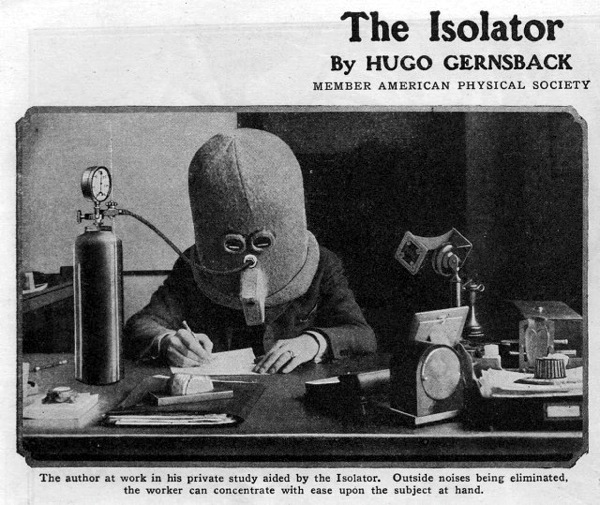 As a slight digression, this wonderful invention of Hugo Gernsback is called The Isolator and is designed to allow the studious worker to concentrate without distractions from colleagues. Putting aside the fact that it would give any Health and Safety officer the screaming hab-dabs (let’s swap the oxygen cylinder for helium), or that you could make good money renting this out in certain clubs, it has perfect application in the modern classroom. I showed this for a laugh to an audience of education officials and teachers in a certain country and their eyes lit up, which was worrying. I’ve no idea what the thing sticking out the front is, perhaps it’s to accommodate the author’s pipe.

So visions of future classrooms essentially ramp up traditionally dull ways of teaching using computers and robots. Forget the fact that the chalk and talk approach is incredibly inefficient for learning, all we need to do is to swap out the teacher for a screen or an android. This cartoon from a Japanese magazine in the 1960s shows how ‘computers’ will teach in the class, complete with little robot helpers who belt the kids over the head with red bludgeons if they get their sums wrong.

It’s not surprising that Japan and South Korea, with their love of robots, now seem to be locked into an arms race to see which country can produce the most terrifying robot teacher. The Japanese have gone for the human looking one, though she is about as far down in Uncanny Valley as it’s possible to get, and has the disadvantage of being immobile, which is probably just as well as this monstrous creation looks permanently on the verge of running amok. 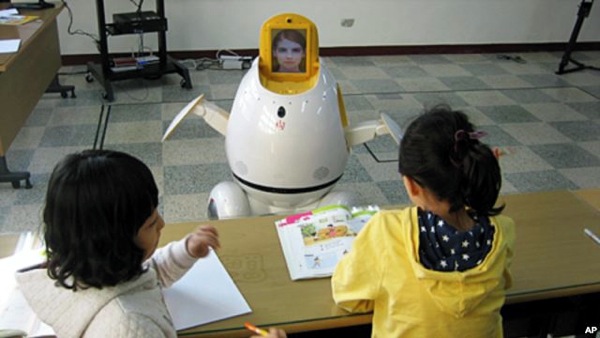 The South Korean English Language Robot clearly aims for the cute R2D2/automatic vacuum cleaner approach though that video face reminds me of the mad Cain robot in Robocop 2 just before it went off on one. For me this image sums up everything wrong with technology in the classroom, and what happens when the perceived coolness of the machinery completely overrides the education side of things. Teaching languages is about communication, right? It’s about people talking to people. Racial stereotypes aside (English is spoken by pretty, blue eyed, white, American blondes) how can anyone think that this abomination is a good idea? Those extended wing things worry me too, I think they have missiles in them. 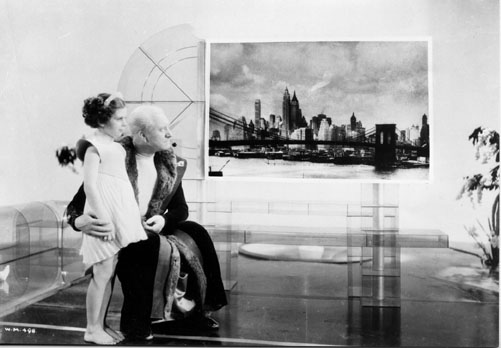 Finally, on a more civilised note, it’s back to Things to Come to offer a paradigm of future education which is not completely tech obsessed or utterly deranged. In a charming scene towards the end of the film a grandfather explains history to his granddaughter with the aid of a giant Interactive Whiteboard (ok, a screen telly). Putting aside the hideously grating voice of the infant, the education paradigm it’s offering is that of Rousseau’s 1762 classic, Emile. In his treatise/novel Rousseau suggested learning was best done by the child exploring the world, and asking intelligent questions of a patient mentor. As the old ways of learning breakdown we may well find ourselves moving back towards this approach which, thankfully, relies on human interaction and not machines.