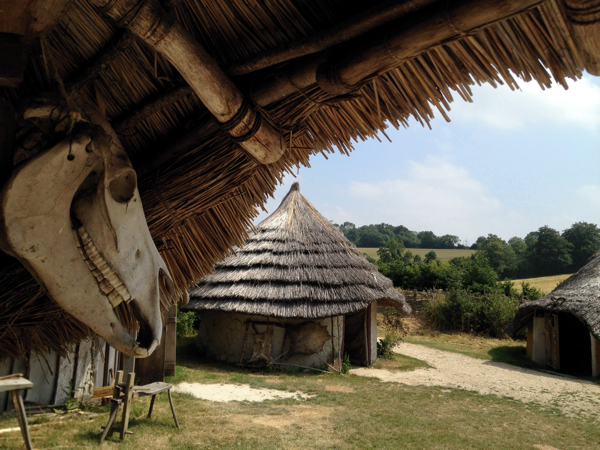 I’ve been time travelling recently. It’s an interesting fact that there is a huge exodus from history classrooms in the UK, with fewer kids taking the subject, yet at the same time Living History events have never been more popular. Every weekend somewhere people dress up in costumes and re-enact famous events or ordinary lives from days gone by.  I can see the appeal. I lived in abject fear of my history teacher, an angry bully with no self-control, and it put me off the subject for years. I found my way back via board games from the US and now I can’t get enough of the past. My wife is a teacher and so we recently scouted two Living History museums she’s thinking of taking her kids to. 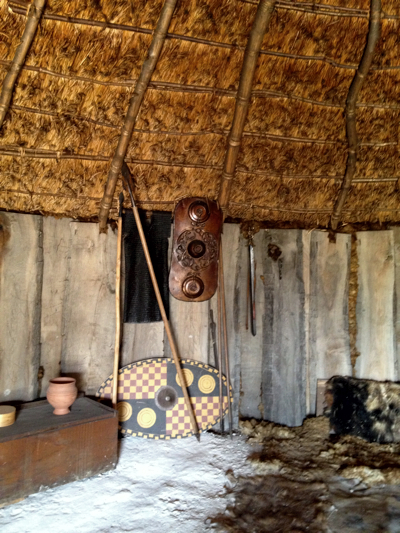 This is near the Roman town of Chichester and consists of about half a dozen replica Iron Age round houses and a small Roman Villa, all set in a steep wooded valley. It is wonderfully atmospheric and at certain times of the year the clouds roll down among the trees on the slopes and add to the overall sense of ancient mystery. It’s also a working archaeological laboratory and when we arrived a couple of researchers were making a dugout canoe with tools forged on site using Celtic metalworking techniques. Everyone was friendly and had a fascinating tale to tell. I even got to handle a Roman Legionnaire’s Pilum, though I wasn’t allowed to chuck it at anything. They’d lit fires in all of the round houses so you could sit in among the furs and armour and get a real sense of what it must have been like just before the Romans turned up. 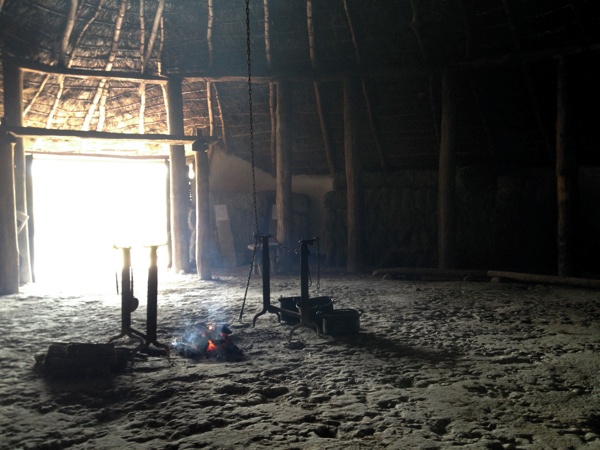 We even got to chat to a lady who spent her days weaving Celtic style cloth, and a metalworker who spent his nights sneaking over to nearby Stonehenge to finger the menhirs and increasing his healing powers (this, by the way, was his 20th century self speaking, not Fáelán the Ancient Shaman), though Stonehenge is so overwhelmingly powerful he always comes away a bit singed. It was striking to see how the Roman Villa was so ill-suited to the British climate, being essentially a Mediterranean dwelling plonked in an English field. Apparently in winter it’s like a fridge, unlike the toasty interiors of the wattle and daub round houses.

So that was Celtic times. Next it was on to the English Civil War, a staple of the Living History scene, and Little Woodham, a 17th Century Village experience just outside Portsmouth. 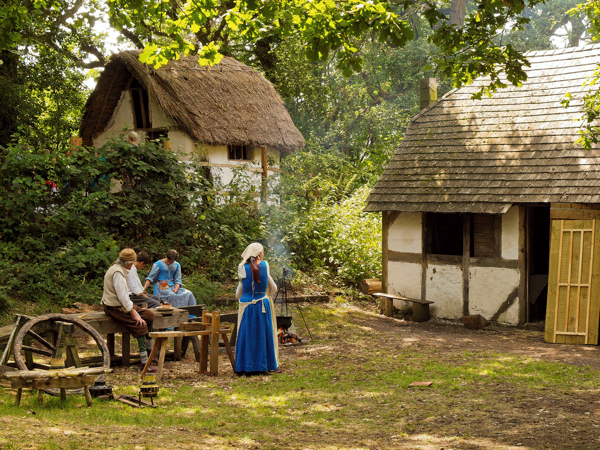 The day started off well. We watched someone give a demonstration of how to mint a coin, and then we chatted to a carpenter who popped out of character to explain what he was doing and how it differed from modern day woodworking. All fascinating stuff. Then we went into the village itself where I was immediately accosted by someone who looked like the demonic one out of A Field in England. I realised he was the equivalent of the local 17th Century policeman so I thought I’d find out a bit more.

Me: So are you the Shire Reeve?

Man: Your women be unseemly with their uncovered heads and they do not stay silent before their men.

Me: Right, so you’re like the constable of the parish?

Man: And it be most lamentable when women do act thus and cause disrespect to their betters.

Me: Yeah, I’ll have a word with them. OK, so you’re in charge of taxes and tithes and public order?

Man: You must correct them sir, in manner befitting a modest gentlemen.

This went on for about ten minutes and was a bit disorienting to say the least. He was damned if he was going to break character and actually tell me stuff, so faced with this stubborn refusal to answer my questions I had two choices. I could either up the ante by out-role playing him (‘I am a Ranter and will tear my clothes off and go Naked for a Sign if you don’t answer my sodding questions’) or play the Time Traveller (‘I come from a wondrous age when men do walk in the air and living paintings tell of the parlous state of the realm every night round about 6pm in our homes.’). 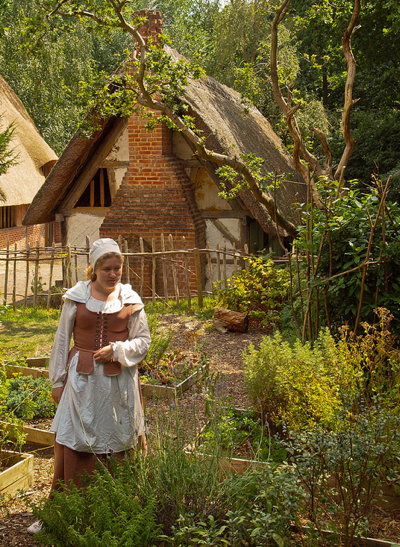 In the end I gave up and visited the Inn. It was like walking into the Slaughtered Lamb in An American Werewolf in London. Half a dozen sullen stares at the furriner and his outlandish garb. Undaunted I tried again:

Me: Oh boy they look like really nice mid-17th century pies. Can I try a bit?

Wench: If you’ve got the King’s coin about you, otherwise bugger off.

The only other inhabitant who was prepared to engage me in lengthy conversation was Mad Meg out the back by the village dung heap who chatted quite amicably about whether the King had fled to France or been captured at Bristol, before she went off on one and started prophesying the End of Days.

The whole experience was a bit odd. In all the places I’ve been to in the world the locals are generally smiley and open to anyone who shows an interest in them and their lives. I’ve even got a laugh or two out of a Chinese border guard, but not here. In their enthusiasm for playing the part many of the inhabitants seemed to have also picked up the suspicious hostility that kicked off the whole Civil War in the first place. Any second I was expecting to take a wrong-turning and find myself in front of a stake while the villagers gathered behind me holding brands and muttering. Even so, it was fascinating, in a creepy get me out of here kind of way.

Afterwards I had a look at one of the society’s newsletters. In a note to members it said that while it was important to give an authentic impression some of them were taking things to far and could they please refrain from chasing visitors with sticks and shouting abuse.

I don’t know if it was me, but all things considered, Celtic times seemed a bit more inviting. They might have stuck their enemy’s heads on poles, sacrificed virgins to Epona and spent their short lives caked in shit and being skewered by a Roman pilum, but they were decidedly chirpier than the inhabitants of Little Woodham, who needed a couple of Laughing Cavaliers to make the place a bit more welcoming.