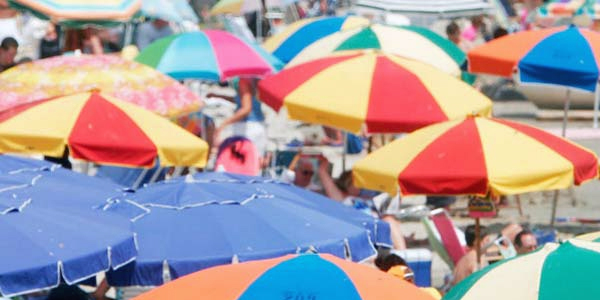 Back to the PC 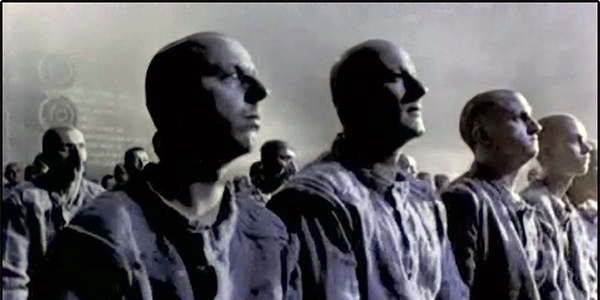 The PC vs. Mac debate has been raging for so long and so much of it is wrapped up in pointless sabre-rattling between shouty geeks that I had a good long think before writing this. In the end I thought it might be of use to some writers who have become disenchanted with Apple and are looking at switching to PC (or Linux, which I know nothing about) but are worried that they might lose much of the functionality, experience and overall seamlessness that defined the Mac until recently.

The first computer I ever owned was a BBC B 32, bought in 1983. As the name suggested it had a whopping 32k memory, though that dropped to 8 if you wanted more than four colours on the screen. I wrote an 80,000 word thesis on it, though I had to keep swapping bits of it to and from a ‘floppy disc’. After University I worked for two years at the Metropolitan Police in London, some of the time on the Home Office Large Major Enquiry System (HOLMES) and some of the time trying to write programs in COBOL to track the whereabouts of the Queen when she went on her daily rounds. I came across my first Mac there, a funny little post-box of a machine that looked pretty cool and had this mouse-thing on the end of a wire. I was impressed enough to ask for one in my next job as Lecturer in English Literature at Hokkaido University of Education in Hakodate in North Japan. 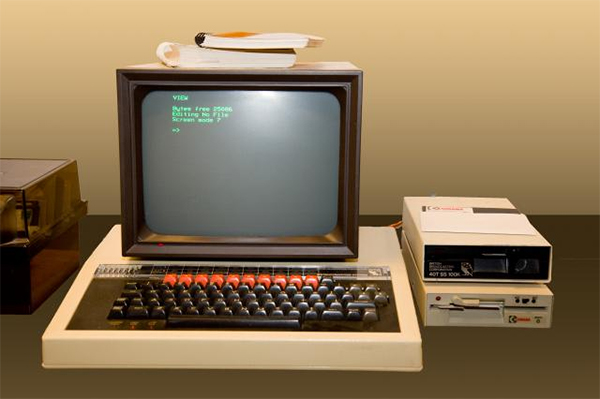 In those days the lines were drawn between po-faced head-banging PCs and wildly creative and bohemian Macs. Programmers and computer people in big businesses used Microsoft while us arty lot used Macs. As Apple’s famous ad put it, we were the weirdoes who challenged convention by throwing big hammers at screens, and doing graphics and design with fonts and other cool things PC users only dreamed about. Media types favoured Apple and whenever a Mac appeared in a movie (such as Star Trek IV) we all jumped up and down and went ‘woo hoo’. Steve Jobs briefly left Apple and it all went a bit pear-shaped and PC like with multiple machines and the OS being licenced out to third part computer manufacturers. Then he came back, shouted at everyone, and just as we left Japan the iMac appeared in a range of brightly coloured boiled sweet colours. 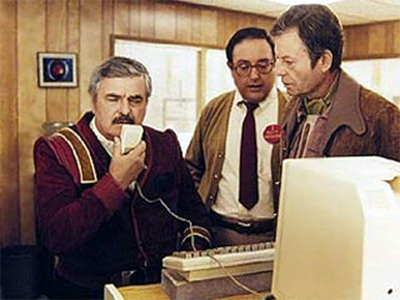 I ended up working as a producer for a Media Agency in the New Forest. I sat in a long room with programmers down one side and designers down the other. The coders used PCs and the artists used Macs, which was pretty much the standard. I got a PC but as I wasn’t that much of an Apple obsessive I just got on with it. Occasionally we’d get sucked into Mac vs PC flame wars, egged on by the very funny, if a bit smug, ‘I’m a Mac and I’m a PC’ ads that Apple ran. I got used to using a PC to the extent that I used the Mac less and less. When I switched jobs I was given a Mac again and kind of fell in love with Apple once more, in some respects it was like falling face-down into a bed of flowers after wrestling with the PC for so long. For writers and creatives Apple still seemed the system of choice, but then things started to change and I grew increasingly uneasy with the route the Macs seemed to be going. It’s a familiar argument that I won’t re-tread here, but a slow accumulation of niggles topped by a final great big pain in the neck has sent me back to the PC.

It started when my MacBook died. I decided to buy a Mac mini to carry on with my 3D stuff, but as a exercise I had a look at what kind of PC the same amount of money would get me. I found that instead of a low end machine that would struggle with the 3D packages I was using (Maya and Houdini), a couple of hundred quid more would give me a serious customised 3D PC workstation. So if the only reason to by the Mac was blind loyalty why waste money on something not up to the task? So I got a PC. 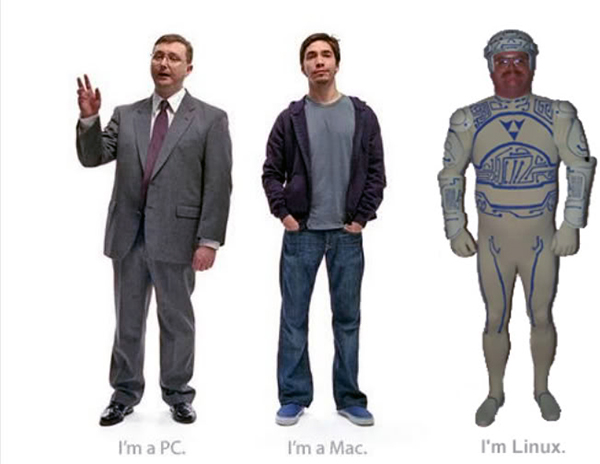 At the same time, with the arrival of the iPhone and then the iPad, Apple seemed to be moving away from machines designed to create towards an ecosystem that is designed primarily for consumption, building what other people refer to as a walled garden. In the old days Microsoft were seen as the straight jacket, forcing users to do things their way (remember the infuriating Word Paper Clip assistant?) while Mac users ran barefoot through the grass with the wind in their hair, free to do what they wanted and limited only by their imaginations. Now the tables seem to have turned. App-based computing Apple-style seems to be to be 90% focussed on the customer as passive consumer of entertainment. Basically it is extremely difficult to build or create something on an iPad – it’s great for watching movies, playing games or browsing the web, but you can’t code on it much and it’s a bugger to write anything longer than an email. Interestingly enough I’m now seeing the effects of this in Education, where I work. Governments and school districts who went iPad happy when they first came out are now cancelling orders and selling their tablets on because they realise there’s not a whole lot of scope for creativity in the damn things, and yet they (and the phones) are where Apple now seem to be mainly focussed.

My user experience of iOS Mavericks.

And then came Mavericks and it was the straw that broke the camel’s back. Whirling beach umbrellas after nearly every keystroke. Every [umbrella] time [umbrella] I [umbrella] want to [umbrella] open [umbrella] a f[umbrella]king file. I did an experiment and booted up my PC and Mac at the same time – PC – 7 seconds, Mac – 35 seconds. Pages, Keynote and Numbers turned into something that looked like an 8 year old had designed them in an exercise book and iTunes wiped out about 23 albums I’d bought from the store with no apparent way of getting them back. I’d had enough:

So as an exercise I made a list of all the programs I use on the Mac and PC to write & generally do creative stuff and this is what I came up with:

Scrivener. Best writing software out there – PC version available with slightly reduced functionality but none that I care about so no problem there.

Houdini. Best 3D software. Stuff off a shovel on the PC.

Mathematica. Takes three minutes to open on the Mac, 3 seconds on the PC. Again because I designed the PC as a number cruncher it’s in its native environment whereas it struggles on the slower but more expensive Apple Machine.

Pixelmator. For image processing – not on the PC so I took out a £7/month subscription to Photoshop which will hardly break the bank

Mellel. Word processor – this is the hardest one to lose as it’s such a fantastic piece of software and allows for the kind of precise layout you need for a Createspace paperback. I’ve swopped in Adobe InDesign on the same principle as Photoshop.

MarsEdit. Blogging software. Again you can’t get it on the PC so I’m writing this on Windows Live Writer and there’s not a massive amount of difference.

Filemaker. Database software. PC and Mac versions are identical and you get installers for both so no change there either.

The only things I’ll miss are Mellel and OmniGraffle. Everything else I can either use on the PC or find close, or even better, substitutes. In a way I feel a bit sad because I always admired Apple and cut my teeth on Macs in the early days when they really were innovative and cool. But at the end of the day computerators are tools for writing and doing movies and stuff, and when I get to the point when I have to fight the system to get the simplest [umbrella] thing done then I know it’s time to look elsewhere.