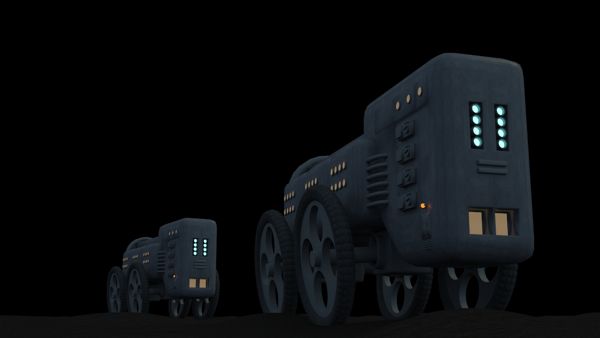 AntiHelix, nuts and bolts and a writer’s workflow 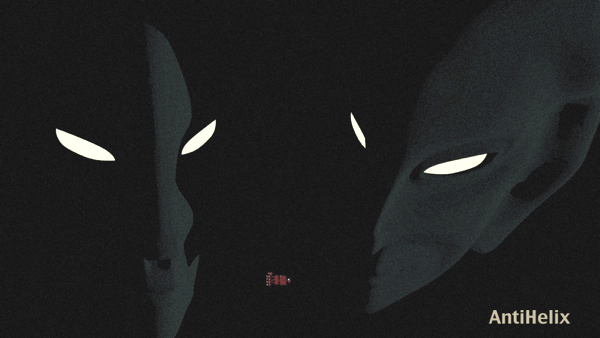 I’ve finished the first draft of the third volume in the Book of the Colossus quadrilogy, AntiHelix, and put it to one side for a month to pickle. It stands at just over 129,000 words which is the  longest piece of work I’ve written so far (though I’ll hack it back to 120,000-ish). I thought it would be a good opportunity to talk about the workflow I’ve developed, hoping it might be of some use to other writers, and to mention a couple of the tools I use.

In a previous blog I wrote about Karen Wiesner’s First Draft in 30 Days, a book that turned me from a generally confused pantser into a planner. As I mentioned at the time the process she details in the book can actually be boiled down to a handful of steps. Over the last three books (and the handful of outlines and ideas I’ve got waiting in the wings) I’ve developed my own version. Now a lot of books on how to write are filled with helpful advice on creating characters, stories, backstory etc. which is all well and good but I think that some of them do have the tendency to over-exaggerate writing as a deeply personal creative art. It’s a modern version of the myth invented by the Romantic poets when they found themselves having to redefine writing as something you did on your own for an invisible audience, instead of work designed to please a patron with whom you had a personal relationship. 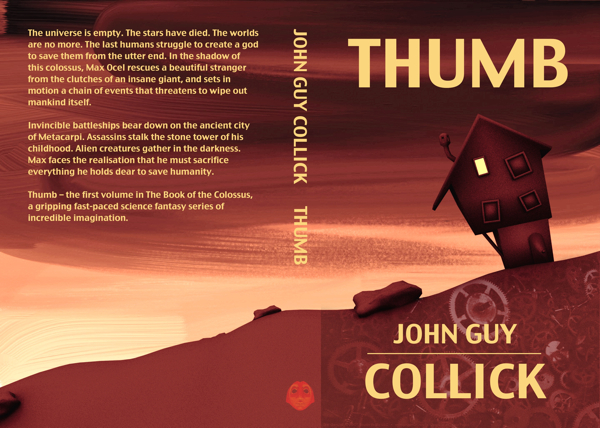 For me, at the end of the day producing a novel is a nuts and bolts operation and there are very few well-established writers or editors I’ve come across who think otherwise. To me writing a book is a like an architect designing a house. Ninety percent is precise engineering to make sure it doesn’t fall down and is pleasant to live in. Once you have this skill perfected you can then design amazing Frank Lloyd Wright confections (or Gherkins if you’re so-minded) to your heart’s content – but the main process of building is all about practical stuff like stresses, forces, beams, girders and mixing your concrete right. The kind of fiction I want to write was defined in three words by John Jarrold – Point of View, Clarity and Pace and the building of a book should aim for that. Unless you’re writing a post-modernist masterpiece that radically interrogates such bourgeois notions as ‘plot’, ‘character’ and ‘legibility’ then all else is icing on the cake.

Anyway – here’s my decidedly unpoetic method for writing a book. It won’t be for everyone’s taste but there might be a few useful nuggets for some. One thing I can say is that by following this I haven’t hit writer’s block in three years.

1) I fire up Scrivener, create a document called Synopsis and write out the basic idea of the book in a single sentence.

2) I choose a core of up to eight characters (a hang over from my script writing days when smaller cast meant a smaller budget) and write down a description, backstory and their key drivers. At this point I start thinking about their individual story arcs which will thread through the main narrative.

3) Next a brief description of the main locations where most of the fun will happen. 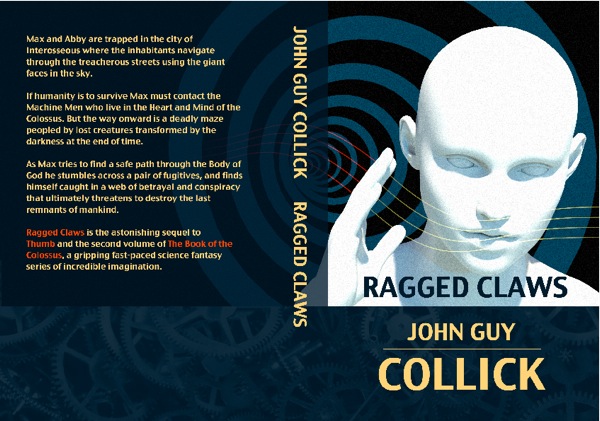 The above bit is more or less verbatim from Wiesner’s method, distilled down to the three starting points. I focus on character from the beginning so that by the time I’ve started writing the first draft I’ve been living in these people’s minds for at least four months. Occasionally I’ll use a photo as a character prompt but I find these distracting because the person in the photo then takes over the character in my head. I also avoid basing characters on anyone I know, or characters from films/books for the same reason, though some of them are a synthesis of a whole bunch of people I’ve come across over the years.

4) Next I rewrite the synopsis in 120 sentences – each sentence containing a major plot point or something to advance the story. Each of these sentences will eventually become a 1000 word scene. At the end of this process I then create 120 documents in the Draft folder of Scrivener.

5) I revisit the characters’ story arcs, break their individual plots into sentences and add these to the 120 documents where appropriate. I also find it’s a good idea to use the keyword function in Scrivener and add these to the documents. So all the scenes in which, say, Berthold’s story arc plays out I add a keyword Berthold. This way I can use the search function in Scrivener to build collections of scenes around one character. So if I want to check through Berthold’s story I just click on a button and all the scenes where he appears are collated together into one sub-set. It’s a brilliant and very powerful feature of the software.

6) Now it’s synopsis writing time – I turn each scene into (roughly) a 300 word synopsis saying what happens, who interacts with who and how they feel about it. The golden rule (and this is something I learned from Michael Moorcock) is that every scene must advance the plot in someway, no encounter or episode can be wasted or be just a time-filler. At the end of this first run through for AntiHelix I had a 40,000 word outline. What I’ve subsequently found is that here is where the bulk of the work is done in terms of plot, character development, point of view etc.

The great thing is that if I find somethings just aren’t working at this point it’s much easier to reconfigure the story. In the case of AntiHelix I discovered that one new character I’d planned on having throughout the entire story actually became redundant halfway through so I reworked accordingly. In the past I’ve tended to write the synopsis in the present tense, but switched to past when writing the book. Next time I’ll write the synopsis in the past as well, purely to save time as switching tense later is a pain. I’ve also discovered that some scenes are ready to be written in full – in the case of AntiHelix there were a couple of episodes late in the story that I wrote in their entirety, simply because I could see them so clearly in my head. Because I’d planned everything I could drop them in knowing they still fitted the rest of the tale.

7)  After writing the synopsis I put it to one side for a month – this is a must because by the time I’ve finished it I’m too close to the work to have the perspective necessary to be ruthless in making any changes. Four weeks later it’s a lot easier to revise and to make sure everything is water-tight before I actually start writing the story.

8) I’ve now got 120 scenes in a detailed synopsis. In Scrivener I group these into sets of four – each group will be a chapter in the final book. It’s a good idea to do this to make sure that chapters end at suitable break points and not halfway through something important (unless I specifically want a cliff hanger). I also colourise the documents in the outline view – green means that I’ve completed the first draft for that scene, and then I start to write. 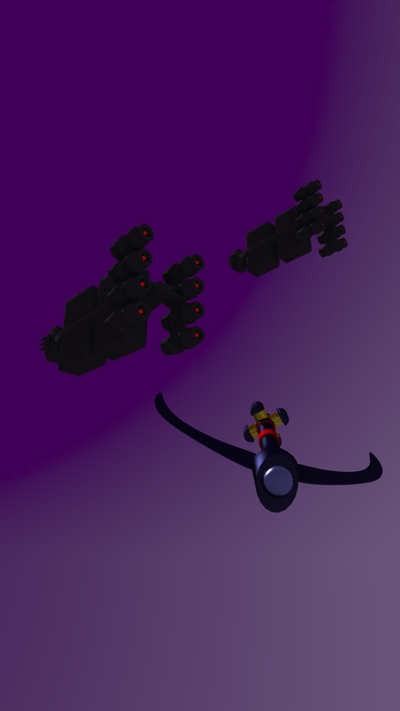 9) I try and set myself a goal of a minimum of 1000 words a day. In reality if I’ve done the synopsis right this ends up being 500 – 700 words to flesh out what’s already there and so, for me, it’s about an hour’s work. When I’ve finished a scene I go to the website Prowritingaid.com and use their online tool to check for repeated and overused words. It’s a very handy utility because no matter how hard you try inevitably you end up repeating yourself, and well worth the subscription. Once I’ve stripped these out I mark the scene as First Draft Complete and compile the whole manuscript to Kindle format to read before I go to sleep. This is a technique I learned from film-making when, at the end of each day’s shoot the director and editors view the day’s rushes. It helps me ensure there’s continuity of atmosphere and voice carried through from earlier scenes.

And that is basically it. It may sound very mechanistic and factory-like to a lot of writers but I’ve found it completely liberating. I can do all my planning at an early stage without fear of having to do massive rewrites, and by the time I come to write the scenes themselves I have a 90% clear view of who’s doing what to whom and why. If I ever struggle with one scene I can jump ahead to any point in the book and write that instead and this can even help me clarify anything I’m struggling with earlier on. It also makes it easier to interweave complex plots and make sure there aren’t any extended periods where the action goes flat or people disappear for no reason (I hope).

I hope this is useful and I’d be very interested to hear from other writers what their nuts and bolts getting words down on the page process is.